To BEE or not to BEE

The protest around the ANC’s candidate mayor for Tshwane recalls that Idols audition snippet which went viral in the township a few years back. In it Gareth Cliff asks a contestant what he does for a living.

“I sell things” he answers. 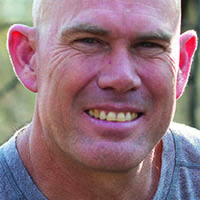 “No!” is the indignant answer.

One of the mistakes we make in our country is to believe our population is completely Westernising. We see a black person in a BMW, wearing a suit and the accoutrements of Western culture, and we feel they are a ‘Coconut’, brown on the outside but white inside. Big mistake. The reality is that while people are modernising, their culture remains strong, even as it evolves. There is a big difference between tradition and culture, and while tradition is in the past, culture is very much with us. We see this in food, social life, music, and in ethnicity. The ethnicity of people is important to them and in most ways positive. Look around and you will see many reflections of this: I just love the way culture has revived in the opening of Parliament. When Mandela opened Parliament he and Winnie dressed no differently to PW and his wife in their day. Today the dress is a wonderful Afro-chic reflection of our cultures.

The problem behind the Tshwane protests comes not from ethnicity: it comes of friction between traditional and modern culture. Thoko Didiza is a KZN Zulu, not a Gauteng Zulu. KZN Zulus are known as traditionalists, but not the Gauteng ones. One of the townships with the most trouble was Soshanguve, a name standing for the ethnic groups stuck there by the apartheid government: Sotho, Shangaan, Nguni, Venda.

I was brought up in a Zulu village, and I not only spoke the language, as many white people in KZN do, but was brought up in the culture of my Zulu compatriots. When my father was killed we returned his spirit the traditional way, fetching him from the dusty roadside where he had been shot, and carrying his spirit home on the branch of a Mlahlankosi tree, wrapped in a grass cansi mat, speaking to his spirit in Zulu all the way home.

Reading about mitochondrial DNA, I became curious whether I might have Zulu blood in my veins. My heart leapt in anticipation when I got back my genetic ancestry test. Here was proof of Zulu ancestry – I could claim BEE benefits, and to being a “white Zulu”. It was not to be.

“When we compared your mtDNA profile on two international databases, with 10,600 mtDNA haplotypes, we found 17 identical matches in eight Europeans, three Sri Lankans, two Indians, two Caucasian Americans, one Iranian and one Afro-Caribbean.

“A search of our own database yielded 15 identical matches in 11 South African Whites, three South African Indians and someone of unknown ethnicity.”

So, no Zulus but lots of Indians! Kind of strange, but very funny: I’m closer to Shaik and Gupta than Zuma. I was forced to confront my Zulu-bred prejudices.

Does this make me black enough to claim BEE status? I suspect so, as I am, statistically, 35% darker internationally, and in SA, 21% darker. Or can I claim only 21% BEE? As for the Iranian ancestor, I suspect he’s in black robes with flowing beard, so that’s another tick for BEE – unless she’s a Persian princess.

Meanwhile, my wife Sue is getting a dot on her forehead, and I’m off to claim a mine and a coal-delivery contract.