The company accused of a foul smell in Durban’s mink and manure belt, allegedly leading to severe health problems, has denied all liability - after testing the air quality for just 15 days. 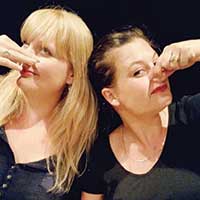 But environmentalists, the Hillcrest community and even the city believe the findings are not good enough calling it “junk science” and “green washing”.

Noseweek previously revealed (nose199) that residents had complained of a “thick pungent gas and chemical smell” leading to “nausea, vomiting, headaches, coughing spasms, eye redness” and “generally feeling revolting”, beginning in November 2015. They said there is “no doubt” Enviroserv’s chemical waste dump is the source of the smell claiming their noses told them so.

At a recent public meeting held at the Assagay Hotel in Hillcrest, the company presented findings by GeoZone Environmental, which cleared them. Instead it shifted the blame to any number of sources ranging from the Shongweni wastewater treatment plant, Transnet’s diesel and petrol pipelines which have burst twice since 2014, the Department of Transport, shack dwellers, a Denny Mushroom plant, a composting factory or the nearby N3 highway.

Enviroserv’s group technical director Esme Gombault said: “Our information from the site [doesn’t make us believe we] are responsible for this. I can say from our information we are not experiencing what the community is expressing,” said Gombault.

Environmental campaigner Rico Euripidou from Pietermaritzburg-based GroundWork has rubbished the findings claiming the data set used was too small and insignificant to make the assumptions Enviroserv have made.

What [Enviroserv] has done is not fit for purpose. You can’t compare a two week sampling to a one year benchmark such is the case in measuring benzene. This methodology shouldn’t fly. This sounds like managing dissent,” said Euripidou.

Desmond D’Sa, (nose198) a globally recognised environmentalist, called on Enviroserv to either provide more conclusive data or face “being shut down”.

Bruce Dale, a senior air quality manager at the Durban Metro said they are investigating the complaints and monitoring Enviroserv’s air tests and methodology closely.

“Their first 15 day sample didn’t link to complaints. If they are going to test benzene it should be tested all year round to get a fair reading.”

He said despite all the measuring technology available the “Nose is the best” at smelling out a pong.

Dear Editor
Why flay your best writer? ♦ Wake up to the world, SA ♦ Bare-faced ignorance ...
Winners and losers
The losing party in a civil action in South Africa’s courts is as a ...
A most unsaintly president
Africa's richest politician, Angolan President José Eduardo dos Santos has hinted that he’s keen ...
Jansen prophesies academic ruination
In his address to the Franschhoek Literary festival in May, Jonathan Jansen quipped that ...
A white Zulu takes us into the heart of the huge black market
Did you know that muti is a R6 billion industry? Or that SA imports 300,000 ...
The contested Midas touch
No love lost as ex-partners squabble in byzantine row over property deal millions.  It was ...
Bits and bites
Transforming the way the world moves. Two weeks after 175 government representatives came together in New ...
The Survé settlement - claim no easy victories
Vilification and vindication claims fan the flames in newspaper ethics battle.  On 9 May Independent ...
King or queen?
For the amaMpondo, rule by a queen is undermining of male authority and promotes ...
Please call me maybe
It takes investors with deep pockets to champion the rights of the little folk.  Judgment ...
NCIS - South African style
DNA testing not a magical cure-all for the problems of crime detection.  Few cases better ...
Foiled again
Those delectable and healthy-looking roasted vegetables may not be as good for you as they ...
Secret security debts devastate Mozambique economy
As Mozambique’s mountain of dubious debts tops US$2 billion, there are growing calls for a ...
Not ideal. A cautionary tale
The cynical Romans remarked, perhaps with amusement, that novelties popped up constantly from darkest Africa. ...
Problems, problems. Smoke and mirrors
It’s been dubbed the election of the shapeless against the faceless: Prime Minister Malcolm Turnbull ...
F*** crisis. TACtactics urgent
Gatvol, I call my friend Marlies Liebenberg, a passionate supporter of the SPCA here ...
Floating. Evolution, revolution
So I’m pottering around in the front garden when a stupid woman with two ...
Clasified ads #200 June 2016
FOREIGN HOLIDAY ACCOMMODATION ♦ LOCAL HOLIDAY ACCOMMODATION ♦ LOCAL PROPERTY FOR ...
Update: Hillcrest smell
The company accused of a foul smell in Durban’s mink and manure belt, allegedly ...