Australian MP Jamie Briggs stood down after admitting he behaved inappropriately toward a female diplomat during a night out in Hong Kong. It was embarrassing enough when he seemed to think it somehow mattered or was mitigating that they were in a “very popular and crowded bar”, but this was eclipsed when Immigration Minister Peter Dutton accidentally  sent a text describing a journalist who’d covered the story to the journalist herself. Intended for Briggs, it described Samantha Maiden as a “mad fucking witch”. Dutton has apologised and said he and the journalist “had a laugh” over his faux pas.

• When the town of Lorne on the Great Ocean Road was evacuated due to raging fires that razed more than 100 houses over the festive season, shopkeeper Alex Ng gave the keys of his supermarket, Foodworks, to firefighters, telling them to take anything they needed while he was away.

• A homeless man, Richard, 60, who sleeps under a bridge in the city, found himself so inundated by visitors bringing him food and drinks at Christmas that he “had to start rejecting”, he reportedly said of his bulging rucksack, just as two children and their parents arrived to offer him fruit, jam sandwiches, watermelon and toiletries.
At last count, in August, people sleeping rough in Sydney numbered 352.

• Australia’s biggest “food rescue” campaign, Ozharvest, started in 2004 by South African migrant Ronni Khan, was visited at Christmas by none other than Camilla, Duchess of Cornwall, in appreciation of its innovative work. To date, the charity has saved more than 14 million kilos of perishable food (collected from film sets to boardrooms to supermarkets and hotels) and delivered more than 40 million meals to people in need across Australia, free of charge, through 800 charities.

Stats and other trivia

• Within two days of being posted, over 24,000 people had signed a petition to stop the imprisonment of two hammerhead sharks in a “very small tank” in an Adelaide nightclub. Along with the 250,000-litre aquarium in the middle of the dance floor, the Atlantis Lounge aims to feature mermaids, a swimming pool, a helipad, a champagne fountain, and gold-plated toilets.

• Hyams Beach, a popular holiday spot on the NSW south coast, was closed for three days after 50 sharks were spotted close to shore. Meanwhile $30 buys a new shar 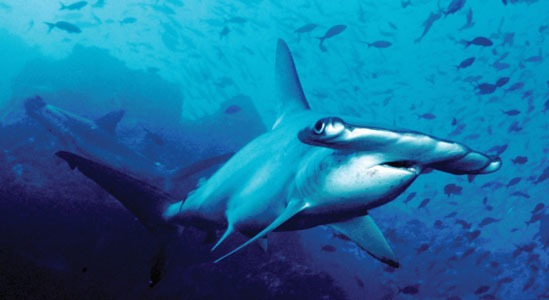 k-repellent spray made of extract of fermented sharks, which hate the smell of their dead.

• A 22-page list of people (many, senior Labor Party figures) was referred to prosecutors for possible charges flowing from the release of the report of the Commission into Trade Union Governance and Corruption. Adjudged clean, were former PM Julia Gillard, who was questioned for giving advice on and having dealings in a slush fund established 20 years ago by her former boyfriend and union official Bruce Wilson, and by current opposition leader Bill Shorten, who once headed the Australian Workers Union.

• “Mansplain” is a new word in the Macquarie Dictionary: when a man explains a concept to a woman as though she were an idiot.

• An Australian Psychological Society report says Fomo (Fear of Missing Out) is affecting 50% of teenagers, who worry about what they have or have not been invited to, and is significantly driven by social media, which teens report using for 2.7 hours a day (many while they ate their meals), before sleeping, and within minutes of waking.

• Qantas has announced it will join Cathay Pacific in no longer carry racing greyhounds on flights to Asia. Animal activists say it is a win for the gentle dogs which are cruelly culled or incarcerated when their racing days are up. Up to 800 are being kept in prison-like cells in Macau.

• For A$140, a hangover sufferer can get hooked up to an intravenous drip by a doctor and served Hartmann’s solution, to replace body fluid and mineral salts, – a treatment inspired by ski patrollers who party hard but are all qualified paramedics. Health experts warn this may encourage inappropriate alcohol consumption.