Mad as hell. Fed up with the litter

A Nose reader took the time to write me a very nice letter in response to our October edition. Yes, Ms Marx of the Eastern Cape, I received your letter and I cannot thank you enough for the appreciation you have of the Nose and my column.

On to business. First there’s the appalling habit of my people – black people that is – of littering wherever they go. For the life of me – throwing rubbish out of car windows is a filthy habit that, well, seems only to be practised by our black people. No racism here, just the plain truth. 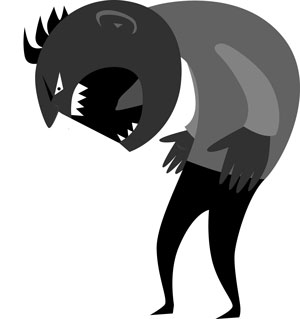 Check this: earlier this month I’m in a taxi travelling from Nelspruit. A little boy sitting in the same row as I am is eating chocolate and the driver says, “Give me the wrapper”. Great, I think to myself, he’s going to put it in some rubbish container in the front. But what does he do? He opens the window and throws the wrapper out.

I take out my camera so that I can name and shame this idiot. But the woman sitting next to me blurts out: Oh Bheki, now you’re going to take this man’s photo and expose him! Shush, be quiet, I tell her. One thing I know is you don’t mess with taxi drivers. Fortunately he did not hear the mama with the big mouth.

As we get into Barberton, there’s another taxi in front of us. Lo and behold, some other idiot in it throws out a whole grocery bag of banana peels, cold drink cans, you name it, right smack
on to General Street, the town’s main thoroughfare.

This is too much. I go to the back window and give the culprit a piece of my mind. And what does he say? “Voetsek! I’m creating work for cleaners. Who made you the guardian of rubbish?”

Our government occasionally spends good money on what I would call public service advertisements. Well. it’s time to run an anti-littering campaign. From a black man’s point of view, littering is plain embarrassing. I never see white drivers doing that. What is wrong with holding on to your rubbish until you get home?

Next I want to express my total support of the police execution of that idiot who took eight shots at them, prompting the boys in blue to get fed up and execute the fucker. A policeman friend of mine in Barberton died in the line of duty under the same circumstances – chasing a suspect who did not hesitate to shoot at the police.

In similar vein, I wish to put in a word of appreciation for the FBI, going after South African officials for FIFA bribery. These officials can hide behind denials to us, the public, but not the FBI, whose motto is: the FBI always gets its man!

Finally, the most relevant issue I need to talk about is land reform. I recently received a media invitation to attend a land hand-over ceremony in Piet Retief. The Department of Rural Development and Land Reform is giving away one-hectare plots there to 26 households.

How can the government continue handing out farmland when those who have already received it do not have the necessary resources to make good of what we have been allocated? And just one hectare! What the hell is this? A replication of the American policy of one acre and one mule for every freed slave (see the Emancipation Proclamation)? It did not work. They all became share croppers or ended up in Chicago playing the blues or in Harlem strung on heroin.

What on earth are these people going to do with one hectare as part of the land reform programme? So much for food security.

To wind up, some good news: Remember that story we ran about the child whose penis was accidentally amputated at Barberton General Hospital? Well, according to the lawyer, Mr M Labe, who took the case on risk (thanks, Labe), the Department of Health is about to finalise a settlement. Mr Labe hit them for R10 million, albeit money that cannot replace the boy’s pleasure of life.

I understand that Noseweek readers’ responses to that story had a big influence in prompting the department to do right by the child.

Which reminds me: at our first meeting, the editor of this here Noseweek asked me: Bheki do you think we make a difference? Yes! Mr Welz we do.

Who would have guessed that I have a fan in the Eastern Cape? Just goes to show that the Nose is a powerful medium. And I am proud to be part of the team.

Lastly, do me a favour Nose readers, if you see one of my brothers-from-the-other-mother throwing rubbish out a car window, cut him off and smack him.

[Dear reader, I must apologise for the violent disposition that our Barberton correspondent has suddenly developed. We have booked him in for anger management therapy which should sort him out; otherwise we might just find ourselves at the receiving end of a disapproving smack – or bullet. – Ed.]