Here’s a tale of two books which have nothing, and everything, to do with each other.

We are all dimly conscious of the fact that South Africa’s umpteen tribes live in parallel worlds. Further social fragmentations within the groupings create a cultural kaleidoscope that defies national analysis. So it’s amusing when two contemporary tales confirm the infinite human variety of this our land.

Sensible tourists sometimes try to bone up on their holiday destinations by reading popular local novels. If they tried to use Icarus and The Fetch as guides, they might have the impression that they speak of different lands. 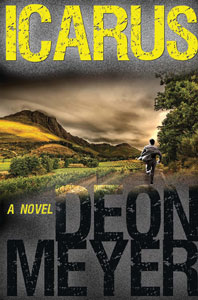 The wildly contradictory stories confirm the pointlessness of seeking to generalise about our vividly individual population. The territory is the same, the time frame is here and now, but each caste represents  a confidently independent social pigeon-hole.

Meyer’s raffish bunch of detectives, familiars of his lively series, battle on in a wicked world. The pathetically dignified, booze-soaked hero Bennie Griessel has fallen off the wagon again, but his shrink, his lover and his Alcoholics Anonymous sponsor loyally guide his tottering steps, more or less in the direction of righteousness.

There’s a murder to solve, a satisfying number of suspects, and a surprisingly techie approach to crime-solving. 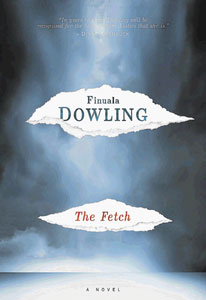 The convincingly detailed police work is impressive. Example: the depiction of  the good cop/bad cop routine. It seems that intimidation in a good cause can be a handy instrument.

All you have to do is create a dynamic of inevitability, of an irreversible process with one endpoint, and a very unpleasant one at that. Now and then you get an instant confession. But mostly it kicks off a process of negotiation where the detectives have the upper hand.

It turns out that Bennie’s alcoholism arises from an overdose of violence, in which his inability to protect his family, his society, from surging crime rates creates a sense of guilt which can only be assuaged by another dop. And another.

Cupido, his gung-ho confrere, does his level best to keep Bennie focused, but it ain’t easy. Not when your mate keeps sneaking out for a sip. It doesn’t help that much of the action is set in the Cape winelands.

Meyer’s constant  incorporation of recent news events, from the Dewani trial onwards, gives the tale immediacy. The ripe language is translated from the Afrikaans, with a lengthy glossary for the comfort of enkeltaliges. There is also an impressive bibliography on wine. Meyer is clearly a diligent researcher.

While murder and mayhem are taking place in Meyer’s world, Dowling is steeped in nature and eccentrics on the other side of the bay. Ever the observant witness, she renders sympathetic portraits of those who flee suburbia for the quiet life. There are shenanigans when the local young laird shakes things up during weekend excesses at the decaying seaside manor/holiday  house. The decadence applies also to the charming,  selfish owner. But the villagers are tolerant of his excesses, and each other. Until things go too far.

There’s romance, or the possibility thereof, and nature is very much present in the form of Cape cobras, wild flowers, and the joys of simplicity. Not that the characters are simple. They are as unpredictable, stubborn and surprising as humans tend to be.

So – two very different books set in the same territory. There are probably as many South Africas as there are South Africans. Which is probably not a bad thing, despite the politicians’ pious injunctions to merge individuali

ty in favour of an obedient voting mass. But pity the poor tourist who seeks social definition.

War in a time of jollity

Tis the season to be jolly, as the supermaket public address systems insist. Odd then, that the publishers have just now poured out a veritable avalanche of wartime suffering.

Latest offerings include  additions to the endless wash of WWII analysis, adorned with snapshots of the toothbrush-moustached little man who caused all the trouble. Randall Hansen has written Disobeying Hitler – German resistance in the last year of the war (Faber & Faber}. Cover notes hint that Field Martial Rommel was planning to open the Western Front to Allied forces as part of the German plot to assassinate Hitler.

Closer to home is Recce – Small Team Missions Behind Enemy Lines by Koos Stadler (Tafelberg).  In the initial euphoria at the birth of the new South Africa, many harrowing tales of the Border War were forgotten. Stadler promises nail-biting action revelations on dangerous missions by elite troops.

If that lot is insufficiently bloody for the war-minded, why not try a gory variation with The Boss of Bosses – The Life of the Infamous Toto Riina, Dreaded Head of the Infamous Sicilian Mafia by  Attillio Bolzoni and Giuseppe d’Avanzo (Orion).