I always envied Gerald Simpson his school lunch. But everybody knew such a wad of brown bread with dripping to be Poor Whites’ food, so I didn’t let on that I envied it. My lunch was thin slices of white bread with Sandwich Spread because my ma was able to keep our heads above water by teaching the piano to rich kids who went to paying schools. Our school in Pretoria was free. It was of fine old orange bricks from the Transvaal Republic days, known as the Gymnasium, but it was now for English-speaking kids, white. Over the way was a stark modern building for Afrikaans-speaking kids, many many of them Poor Whites, lingering left-overs from die Engelse Oorlog, yet but we had only a few. Weird old days, these. 1930. Depression days.

After a bit Gerald Simpson just didn’t appear at school, and it became known that he had no shoes and felt ashamed. The staff passed the hat around and bought him a pair, also socks, so that was okay and the dripping sandwiches reappeared and one day I did a swop because Gerald had been made a fuss of and everybody was supposed to like him. But he was very skinny and ended up in the Pretoria General Hospital to get fattened up a bit and I went to visit him there with a bunch of grapes. The hospital also was free. One expected it to be free, healthy people were good for the country, you see, because they worked much better, also they should be properly educated so they could make the country rich with intelligent work, and they’d make the country even richer if they were happy at their work too, so they should have also a nice home somewhere. With a garden perhaps. But those thoughts were from the dreamy past. 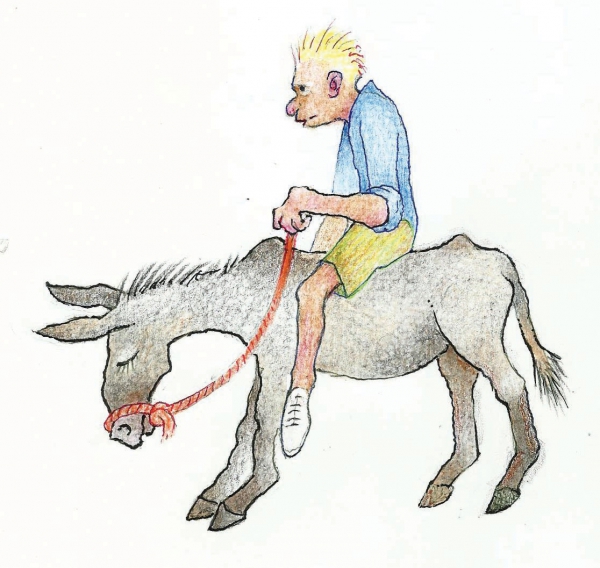 Looking forward from the age of six, 25 years would seem an eternity, man, but it was a snap of the finger and thumb, and in that snap we had another world war and in South Africa, a somewhat industrial revolution, starting with weaponry, armoured cars and field guns and the like, but busting out country-wide because the Depression would soon be over now. Nothing like a bloody good war for capitalist good health. Indeed, so good was this health that a whole lot of black folks were starting to clamour for some of it. Of course during the war any white man worth his salt would be off to the army, but black ones couldn’t go because that would teach them how to use guns, so some found themselves doing pretty sophisticated industrial work and sure as hell weren’t going to go back to being a subject race again.

Also of course they’d got rebellious which really startled genteel white folks who believed everybody should have his place in society, but they hated violence. A new word was heard and it was Proletariat. Albert Luthuli’s ANC suddenly started getting prole, see, and I tell you this really scared the shit out of white people except a few who wanted to join something and play a part in the change. But the ANC was for African people, and they hated Josef Stalin so they didn’t go to the Communist Party, which was banned anyway. So they got together with certain black people of liberal thought and formed a brand new Liberal Party, and this didn’t so much scare the shit out of the white government but irritate them beyond measure. I think the metaphor is A Thorn in the Flesh. A Schmerz im Tochis.

Yet curiously these new liberals didn’t seem to notice that the abovementioned goodies, you know, health, housing, education, cheap transport et cetera, these were socialist things, all they knew was they wanted such goodies for black citizens too. But then another party appeared which seemed whitish in its composition though they too wanted black people out from under; they were progressive all right and called themselves the Progressive Party, but they knew socialism when they saw it and they weren’t having any of that, thanks. They were liberals too, I suppose, only economic liberals, where the Liberal Party were social liberals. Where the Liberal Party wanted freedom for people, the Progressive Party wanted freedom for money, capital should move where it would in the world without hindrance from any racist government.

So then, never mind all these subtleties, the government got the hell in and in 1968 passed a law which required all political parties to declare themselves either white or black. The Liberal Party scorned this and disbanded. The Progs opted for white, and that’s why to this day regardless of various name changes and alliances they’re known to the black populace as a white peoples’ party.

Oh ja. When Gerald Simpson came home he was very shaky and arrived at school on a donkey, which made him instantly famous. He tied it to a gum tree in a patch of long grass and fetched a fire-bucket of water, and after school I even scored a ride.