Christmas looms – time to be dropping heavy hints to nearests and dearests re desirable books. Given the price of a decent read these days, shameless begging, importuning and perhaps violence may be required to obtain the desired tomes. 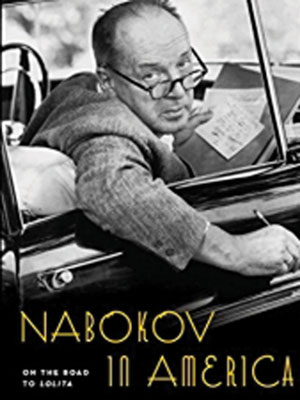 Of course, the greed factor is exacerbated mightily by the rich variety of seasonal new offerings in the bookstores, or en route thereto. Accordingly, kind donors need to be informed subtly, or bludgeoned, if necessary, into giving the right book to the right recipient.

There are few more melancholy moments than the realisation that a costly and handsome work on, say, bee-keeping in Pago Pago, is your lot, when you yearn to possess Mud Wrestling Annual or Decline and Fall of the Roman Empire.

The extraordinary tide of English-language publishing, despite economic restraints, swirls on and the range continues mind boggling. Read on for some random choices from the maelstrom:

Are you living in hopes of fun and games in the Deon Meyer detective mould? Or would you prefer the urbane lucidity of R.W. Johnson revisiting his dark How Long Will South Africa Survive? (Hurst). Erudite Johnson calmly confirms the prognostications of his much-reviled original 1977 version of the book, which enraged the bien pensants who refused to countenance the possibility of failure under the ANC.

Deon Meyer’s Icarus (Hodder & Stoughton) resumes the adventures of the all-too-human lawman Bennie Griessel and his picaresque police colleagues in their battle with the devious villains of the Western Cape. Good fun.

Weary of South African navel-gazing? It seems much-lauded Jonathan Franzen’s new novel Purity (4th Estate) offers an opportunity  to peer at latter-day social peccadilloes in the United States. This is  a Big Book, and appears to satisfy American critics as an observant satire on family life and cultural politics.

Franzen notes that digital campaigners have a “savage naivete, like the kids who think adults are hypocrites for filtering what comes out of their mouths… Filtering isn’t phoniness – it’s civilisation.”

As we know, civilisation, by any criterion, is not triumphing around the globe just now. Consider the seemingly eternal political  enigma of Afghanistan, as experienced by doughty Christina Lamb of the British Sunday Times Farewell Kabul (HarperCollins). For 27 years she has immersed herself in the fascinating and frightening land whose present  state represents monumental error on the part of the West. With her unparalleled access to the big beasts involved, she has written a 600-page epic on the longest war fought by the US in its history, and by Britain since the Hundred Years War.

State of play: appalling poverty, the Taliban undefeated, and nuclear-armed neighbour Pakistan perhaps the most dangerous place on earth.

Think local; think positive – it’s Christmastime after all. Finuala Dowling’s latest novel The Fetch (Kwela Books) receives warm  critical appraisal. Capetonians tend to view her as a poetical priestess of the dark side of the mountain (eg Kalk Bay and environs), where bohemians engage in mysterious cultural rites. Cover notes tend to confirm this suspicion, referencing eccentrics in seaside community. Reassuringly, one reviewer says: “Dowling is the master of tragi-comedy.” Like Johnson?

Ordinary blokes have their secrets too. The Faithful Couple, by A.D. Miller (Little, Brown) is a deceptively simple tale of a friendship that is tested over the years by individual character development. Miller (author of Booker Prize shortlisted Snowdrops) is amusingly accurate in depiction of the essentially competitive male species, who nevertheless need a few mates to share life’s bafflements. Confusingly, the twee cover exudes Barbara Cartland coyness.

But, given world enough and time, plus rich friends, my personal choice at this time of generosity would be a majestic new audio book: the first volume is titled The Diary of Samuel Pepys, 1660-1669, read unabridged (vivid rude bits included) by Leighton Pugh (Naxos Audio Books). Volume 1 is available at 100 pounds sterling and apparently cheap at the price. That’s 42 hours’ worth. Volumes II, III and IV consist in similarly extravagant statistics. Oh, and the entire extravaganza is available from naxosdirect.co.uk and amazon.co.uk and downloads from naxosaudiobooks.com.

Well, it may sound daunting, but sharing Pepys’s lust for life for a year or two would surely be worth it, even if the British pound continues rocketing to dizzying heights.

Another mind worth revisiting is that of the wondrous Vladimir Nabokov. Robert Roper has written Nabokov in America: On the Road to Lolita (Bloomsbury). Anecdotes and insights include  Nabokov’s distaste for American icons including Faulkner and Hemingway. Salinger was deemed worthy of praise. Roper demonstrates that The Catcher in the Rye and Lolita are “vaguely aware of each other”.

Another possible winner could be Clive James’s Latest Readings (Yale), which is described as a kind of reading diary. James has been dying for some time of leukaemia and emphysemia, but his insights and humour remain. Not your average holiday read, but he is always an engaging and honest writer.

Let’s get out into the fresh air for a bit: Penguin Random House has produced South Africa’s Rugby Legends: The Amateur Years by Chris Schoeman and South Africa’s Greatest Batsmen (past and present) by Ali Bacher and

Perhaps we should pass the hat round to buy a little something encouraging for our Minister of Education: An Intelligent Person’s Guide to Education (Bloomsbury) by Tony Little (ex Eton headmaster) might be suitable. Little captures the magic of a successful school and seeks to offer hope and inspiration to people elsewhere who are battling lethargy and low standards.

It appears that Cecil John Rhodes had his very own secret society, and all will be revealed in (surprise!) The Secret Society: Cecil John Rhodes’s Plan for a New World Order by Robin Brown.

Similarly, SA-born tech tycoon Elon Musk  is today shaping the future in America. Read all about him in Elon Musk (Virgin Books).