Like many an avid newspaper or magazine reader, I am drawn to the stories that I read first by their headline. I then go through the whole paper and read everything except for the careers section. (I don’t need a job, but sometimes I feel I should be looking for one, considering the hardships of trying to farm on top of publishing a community newspaper that will never make me moola.) Argh but I do love these two pursuits dearly.

Back to headlines. In Section 2 of the May 17 edition of the Sunday Times, I noticed the headline: “Affirmative action must go if South Africa is to flourish”.

Affirmative action must go? In South Africa? Is this writer for real? What racist whitey wrote this crap? I asked myself. Then I read the sub-headline: “Race-based legislation doesn’t help black people, it hinders them… says Herman Mashaba”.


I have no clue who Herman Mashaba might be, but I immediately label him as some wealthy tenderpreneur, or BEE fronting boy or beneficiary.  On reading the piece, it turns out he is the founder of the very successful black market targeting cosmetic firm, Black Like Me.

That raised my blood pressure. This so-called brother, thought I, has got to be kidding! Just because he is one of the very few who have made good…

In his piece Mashaba talks about his trials and tribulations because of apartheid. Yes, we all have our stories but some things repeated over and over become annoying. And no, I am not suggesting that the history of apartheid is annoying.

I’m a firm believer in the old saying that those who ignore history tend to repeat it and, in a way, this is what Mashaba implies when he refers in his piece to affirmative action as a racist policy against South Africa’s minorities.

Mashaba is dead wrong. Affirmative Action is a policy designed to undo the racist policy that has greatly benefited the minority. What about South Africa’s majority, Mr Mashaba? We blacks were not a minority but a majority that was subjected to minority access to land, economy, rights etc, Mr Black Like Me.

Mashaba sounds like some of those patronising whites who condemn apartheid’s keep-them-down policies yet in the same breath will utter, “But hey, I (or my father) worked hard and achieved this and that. Why can’t your people do the same?” Forgetting of course that apartheid deliberately kept the black majority out of the mainstream economy and used  them as cheap labour.

Mashaba then points out some of the discriminatory policies that blacks were subjected to – but only in relation to himself. Also, I must highlight two very interesting facts about his piece. First, it is an edited version of a speech given to the UN committee on elimination of all forms of racial discrimination.

Would a body of the UN disagree with a policy intended to undo racial laws that have been described as a crime against humanity? I should think not.

Second, the UN happens to be situated in New York, in a country that champions affirmative action.

Finally, what I have observed in my little town of Barberton (and in other towns I’ve visited) is a blossoming black middle class, due in large part to policies such as affirmative action. A middle class that, I am sure, is contributing handsomely to Mashaba’s bottom line. Unless of course he has tapped into the market consisting of AfriForum members.

Does Mashaba really mean to tell us that this middle class could or would be developing without such policies in place?

Yes, no doubt there is nepotism and other forms of corrupt practice that undermine the good intentions of these policies. But I must say to Mr Black Like Me, there was a time when, driving along the main road, General Street, into Barberton, one was met with the ugly sight of shacks. Now, those have been replaced by black “middle class” homes. If that can be attributed to affirmative action, hurrah say I.

But without these policies, all we would have is maintenance of the status quo, where whites, – because of the advantages this “minority” enjoyed under apartheid – still ruled the roost and we “Black Like Me” millions continued to be restricted to being civil servants, garden boys, under-paid freelance reporters covering the Township beat, with a handful of successful Blacks-Like-Me such as Mashaba. 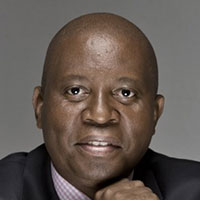 No Mr Mashaba, we deserve to be more than ANC flag-waving, freedom-song singing darkies, but rather CEOs, editors, dealer principals and of course cosmetic company founders – despite the fact that their hair relaxer stuff defies the black pride and natural look of our women folk.

Mashaba exemplifies the universal problem wherein someone who “makes it” starts to look down upon others of their ilk who are still trying to – wishing to – make it, or, more important, need all the help they can get to do so.

This writer supposes that Mashaba’s company name, Black Like Me, once had some meaning, but reading of his anti-affirmative-action stance, I can only suggest he might want to seriously consider changing it, because he clearly is not Black Like Me, at least not any longer.