Noseweek never snoozes. On a recent hectically busy trip to Britain, I drew up a list of Books Column possibles. The British reviews offered a positively luscious selection of newly published tomes. The plan was to obtain one or more of the eligibles for review on returning to South Africa.

Fat chance. None of the desirables are available here yet. What to do? In extremis, and on deadline, desperate measures are called for. So, this month’s Book Column is by way of being a trailer for some of the riches en route to these parts. Yes, we do know that, in the cynical Hollywood mode, trailers tend to be the best bits of coming attractions. But herewith some arbitrary extracts from the dizzying range of new reading featured daily in Blighty.

Readers of historical bent will doubtless be interested to know that Peter Longerich’s Goebbels (Bodley Head) provides new insights into the twisted mind of Hitler’s fervent disciple and chief propagandist. Longerich is rightly unsparing in his 992-page exposition on this “skinny, mean-featured, club-footed” creature of negligible gifts. The world knows that this failed human being contrived to dominate Nazi Germany by controlling the media, but, when The End loomed, he committed suicide with his seemingly complaisant wife Magda and non-complaisant six children.

Hitler adored all the Goebbelses, big and little. And Joseph Goebbels adored Hitler. Psychologists have their views on the significance of that cosy relationship, but such depths of depravity, as with mad Roman emperors, are literally beyond  comprehension. They nevertheless are endlessly compelling.

Positive compulsion is suggested by On the Move: a Life (Picador) by the renowned Oliver Sacks, he of Awakenings and The Man Who Mistook His Wife for a Hat fame. It is Sacks’s autobiography. After finishing the book he discovered he had terminal cancer and only months to live. Reviewer James McConnachie in Britain’s The Sunday Times, wrote: “This book, then, will be the last word from the great writer, physician and neurologist”. On the Move apparently contains some startling revelations. Fearful of his schizophrenic elder brother and of his own homosexuality, he left England for America aged 27. His mother described him as an abomination. A teacher had written: “Sacks will go far, if he does not go too far.” He worked hard and played hard. A keen body-builder, he was also a biker, going by the name Wolf.

Another talent who left home to find success abroad is actor Antony Sher, who has just had his Year of the Fat Knight: the Falstaff Diaries (Nick Hern Books) published.

The former Sea Point resident, who lived unhappily in South Africa before finding fame and a knighthood in England, describes (and illustrates)  the background to the Royal Shakespeare Company’s recent production of the two Henry IV plays featuring the bluff Falstaff. The role required wearing voluminous fat suits, which apparently often cause intimate awkwardnesses.

Interestingly, Sher confesses a preference for  writing, as opposed to acting. Clearly the business of learning lines endlessly, and the physical demands of performing eight times a week, are a lot more onerous than the writing process.

Hitch would have agreed with him. In Alfred Hitchcock: The Man Who Knew Too Much (by Michael Wood, New Harvest) the great director is shown to revel in his powerful behind-the-scenes role – but always ensured that the creativity bore his imprimatur. The fans knew that, if you kept your eyes skinned, you were bound to spot that rotund figure flitting through a scene.

Unusually, the book is apparently not just another gushing tribute to the master of suspense. 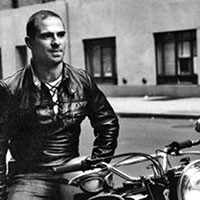 He is described as having been obsessed with “the troubled, often violent relations between men and women”.

All of the above is written in the fervent hope that readers will nag publishers into distributing the four works in South Africa a.s.a.p. I can’t wait.