The unbearable lightness of being a forex heavyweight 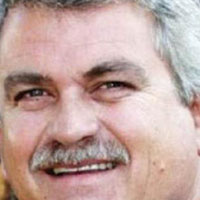 For those with an eye on foreign markets, the 19 May announcement by the Competition Commission of a probe into suspect foreign exchange dealing by certain banks was long overdue; a 2002 inquiry was not properly conducted, nor has there been the necessary rigorous investigation by domestic regulators.

This year, again, within hours of the recent Competition Commission announcement, the Minister of Finance was rushing around babbling about it “not being in the national interest to undermine confidence in the banking sector” – the oldest defence of corrupt bankers when dealing with weak or deeply indebted  governments. The bankers had obviously already made some calls.

But this time around, things could be different. There are indications that the new probe could be based on information directly from dealing rooms – something that the 2002 inquiry wasn’t allowed to touch. This time, the specificity of the allegations announced by the commission indicates that certain foreign exchange dealers are accused of colluding by using an instant electronic messaging chat room called “ZAR Domination”, to coordinate  trading activities when quoting to customers buying or selling currency. (ZAR is international symbol for the rand).

The allegation is, essentially, that certain banks colluded to fix quotes. 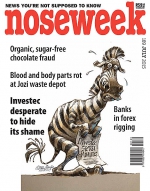