This statue debacle was inevitable.

We’ve already got rid of many other undesirable reminders of those apart-but-equal days with all our name-changes, so, where memorials and statues cause offence we should not only acknowledge the problem, we must find a solution to it. 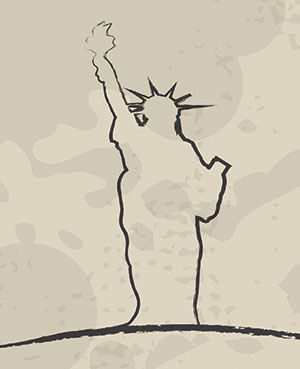 I offer this: replace them with one all-embracing neutral, national representation of this-here Mzansi’s liberation from our apart-but-equal past. Send a couple of our “help-myself-to-other-people’s-property” fine citizens on a mission to steal the Statue of Liberty. Perhaps enlist the help of those brilliant chaps who robbed the e.tv news crew mid-scene. (Oh man, did those idiots think the film crew were tourists taking photos? You have to love this place – or else fear it, with such brazenly stupid criminals.)

A word of wisdom to the paint-splashing protestors, be they university students or Malema’s elfs: You Michelangelos missed the chance to make a strong statement. All that was needed was a demonstration where protesters held up placards with that now-famous image of Saddam Hussein’s statue as it was being pulled down – a well-organised, non-violent protest with everyone also waving complementary slogans saying something like “We too want our oppressor’s statues down” would send a stronger message than the shitty paint jobs.

One can see how the EFFs can take the radical approach, forgive them Mzansi they don’t know any better, but the university students should know better. They should follow the example of the American colleges during the student divestment campaign of the 80s.

These brave, diehard anti-apartheid student activists, succeeded – without the destruction of any property – in having their respective universities and colleges disinvest millions of dollars they had sunk into apartheid South Africa. 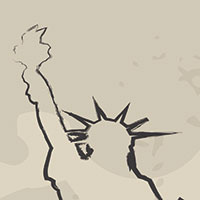 Today I can still remember, with an indescribable feeling of gratitude, students at the University of Vermont braving the bitter cold as they camped out in their divestment campsite on the university’s Burlington campus.

Don’t remind me that this is not America. I know – but the UCT students succeeded in having the Cecil Rhodes statue removed as a result of first throwing faeces on it. What is it with Cape Town protestors and their fondness for crap?

However, the UCT students should count their blessings because their protest was held against the backdrop of an academic institution. They were heard by people, academics, who for the most part apply logic and common sense to new thoughts and considerations.

Unfortunately the same cannot be said about our ruling party that has taken on the laughable spin-doctor line of attributing everything to criminality and opportunism, clearly referencing Juju’s EFF.

(This writer is not a supporter – I shiver at the thought of them running this country. And with Malema as president, God help us all.)

Message to my beloved ANC (beloved despite all its faults): Sorry comrades, you missed the boat on this one.