What the hell's cooking at Defy?

Nobody’s home when customers call to complain about damaged goods.

My wife needs a new oven so we go to Hirsch’s, nice crowd to do business with, and being patriotic (local-is-lekker and the way we all should go), we purchase a Defy double oven. Just over R8,800, not cheap by any stretch of the imagination. The day of delivery arrives and we have the electrician waiting to install it. Once in place, he opens the door – and to my wife’s horror she finds the powder coating all chipped.

Hirsch’s rises to the occasion and promises another unit the next day, together with an installer. Guess what: this unit, too, has damaged powder coating. By the time we get to the fourth unit, my wife is asked to come to Hirsch’s to quality inspect the unit before delivery. She has now become a quality control specialist on behalf of Defy? She does not have much else to do on a Sunday morning. 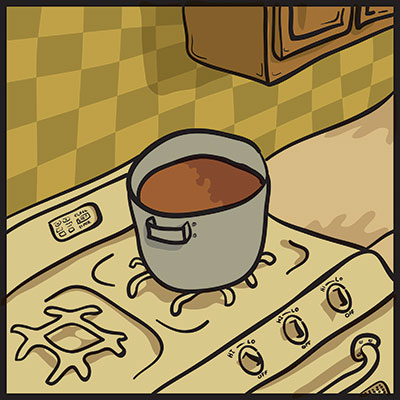 By this stage she is, shall we say, aggravated, as am I, as all the while we’ve had to get take-outs or have pot-cooked food – we’ve had no oven for over two weeks since purchase. So she contacts the representative from Defy who promises to “take ownership” of the matter and deal with it. That’s the last we heard from her. The next unit arrives and gets damaged during installation. Finally just under three weeks and we have an acceptable unit, until we find the door is not straight and needs adjustment – which takes another three days for a technician to come out.

By now I’ve got involved. I contact head office in Durban and make it through 20 hoops of fire to the gate keeper: the CEO’s PA. The CEO, a Mr Kozan, I am told, is not in the country and is not contactable – ever! But someone will contact you. A Frank (for Francis) contacts both my wife and I and takes ownership of the problem and promptly disappears. Two down. I go back to Kozan’s lady, who now tells me that Werner, the service manager, will contact me. He does and yes, you’ve got it, he now takes ownership of the problem, and promises to get back to me within a few hours.

The next day he still has not got back to me so I call and get through to a Nadine, his PA. Now this one was great: I think I would rather be in an enclosure with a spitting cobra than her. No, Werner does not speak with the public and, really, why am I bothering him? This is Hirsch’s’ problem and I must take it up with them – and she puts the phone down on me, not even giving me a chance to explain that I had actually spoken with the unspeakable man the day before, so I sent an email to Werner reminding him of his commitment; he responded he would get back to me “later”.

Up the ladder I go. Next in line is Deon Swart, who I understand is regional manager; he is far too busy to deal with trivialities like mine but at least his PA was pleasant and tried to apologise for the poor service received.

Next on the scene is Charl; he is their man on the road and he is taking ownership of the problem and all he wants to do is meet us – possibly because I told him I was about to order appliances for 20 townhouses and Defy would not be considered. My wife told him he’d best bring chocolates when he comes. He arrives empty handed, not that I am looking for chocolates from Defy. But he is the man and he will get to the bottom of the problem.

You guessed it: Charl is instantly off the radar, not responding to calls or messages.

I have left no fewer than five messages for Kozan with numerous people and he appears to be either very busy or out of office touring the factories with overseas investors. (He should consider doing some quality control while he is at it.)

I must note that I did finally get to speak with Swart who was very abrupt and still insisted on laying the blame at the feet of Hirsch’s, despite the fact that each unit arrived in a sealed box from Defy.

A day ago I called Werner again to ask the outcome of his investigation – and I got through! Wow, I thought, I’m getting somewhere, but instead he told me, quite bluntly, that this was all a figment of my imagination. Charl had spoken with the manager at Hirsch’s who had no idea who I was and, no, there was no problem with any of their ovens; I was obviously just looking for something from them. At that stage I was not sure who to contact, Hirsch’s or a psychologist. I tried Hirsch’s first and spoke with the manager who confirmed our whole story and even noted that he had come to our house; he said he had not really been given much opportunity by Charl – “a new boy on the block” – to discuss the matter; as far as Defy was concerned, it was all sorted.

You decide: “the fish rots from the head down” – or “the untouchables”? 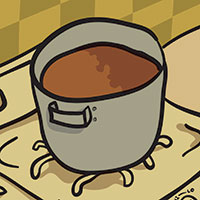 ► Noseweek contacted the manager at the Route 24 branch of Hirsch’s in Johannesburg, Deon Thomas. Several months later he still remembers the Defy oven saga with Mrs Tobias. He categorically denies having told Charl – or anyone – at Defy that he had “never heard of the Tobiases” and that there was “no problem with any of their ovens”.

He confirms that the ovens emerged faulty from their factory packaging, four in a row. And that Hirsch’s had seen it through to the end, to make sure their clients got what they wanted and had paid for.

Noseweek then dialled Defy head office in Durban, at 031 460 9711 hoping to speak to the CEO, Mr Kozan. A languid recorded voice invited us to press one for spares (or repairs) and 2 for reception. Pressing 2 got another recorded message: “The person you are trying to reach is not available right now.” At which the call was automatically terminated. There was no “Please hold on until an operator becomes available, no “all our operators are busy right now, please be patient”, no “thanks for calling, please try again later”, just a dead line. And that was simply trying to get through to reception. Two further attempts got no reply at all.

Yup, the rot starts at the top.