Just when we thought the dust had settled after the Kyalami racetrack auction that prised it from the hands of the infamous Theodosiou brothers (nose179: “Riding for a fall at Kyalami”) we got a call from Mike Fogg who’d engineered the whole messy affair.

Before losing his rag when asked him about his hijacking of the Roy Hesketh circuit in Pietermaritzburg (nose181) he said he hadn’t given up on Kyalami.

“There are a lot of outstanding issues between me and the Imperial Group,and I’m sure they’ll come to a head. They’ve attempted to withdraw all the cases against me on which you placed a lot of store and of course I’m not accepting that. They must go ahead because it was nonsense from the start.

“They left me out (of the meeting at which the parties involved agreed to irrevocably relinquish all alleged rights to allow the unencumbered track to realise a better price) and I think they did so on purpose. I want those matters resolved to clear up these things – and that unfortunate article you wrote that concerns me. These cases get to the heart of a lot of the matter and they’ve never been heard!”

Noseweek called liquidator Richard Pollock three weeks later to find out how things were going. “Fogg attempted to file various claims at the second creditors’ meeting. The most, um, entertaining, was for R76 million from the estate on the basis that he claimed he had a right to acquire the property for R129m”. This was the profit Fogg says he could have made had he been allowed to exercise his right before the final sale went through at R205m. 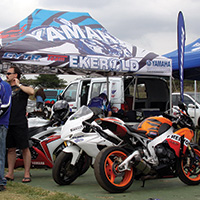 Pollock says Fogg has no proven claims against the estate.

“I’ve been clear and upfront with him that if he believes he has rights he needs to institute action to prove them because nobody else is prepared to acknowledge them or believe they exist.

“He tried to claim that Jim Redman was still the trustee of the MJF Trust and the Theodosiou brothers never were. If what he is saying is that he still controls the trust, then he’s perjured himself in documentation and in court. My guess is that it was an attempt to extract some go-away money.”