Over the festive period the beleaguered 60,000-odd Transnet pensioners got a shot in the arm when the Supreme Court of Appeal endorsed their right to institute a class action suit against their former employer, pushing the R80 billion action one step closer to trial.

Approached for comment on the court ruling, Transnet spokesman Mboniso Sigonyela said: “Transnet has noted the decision of the Supreme Court of Appeal. We are still considering the judgment and we will make a call.”

It is understood that the Transnet board will consider whether its next step will be to try its luck with the Constitutional Court – as a last attempt to escape liability. In view of the huge sum involved, it is thought unlikely that the board will readily settle with the pensioners.

Transnet had applied for leave to appeal a ruling that allows their pensioners to launch a class-action suit. This was dismissed by an appeal bench of the High Court in Pretoria in October. Transnet next sought leave from the Appeal Court in Bloemfontein to appeal the Pretoria court’s decision. The Appeal Court judges refused – in record time – in a ruling delivered just days before Christmas.

Anton Alberts, a Freedom Front Plus MP who has taken up cudgels for the pensioners in parliament, said the second ruling spelt “grim prospects for Transnet”. He pledged that if Transnet elected once again to block a pensioners’ class action at the constitutional court, his party would ensure that Transnet board members as well as pension fund trustees – who voted against their own pensioners – would face an application for punitive costs.

Alberts explained: “Those trustees that have voted for the continuation of 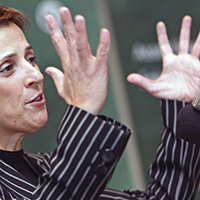 the appeal and those directors who have voted similarly can be held personally accountable for the legal costs for the applications”.

In a recent case involving Mogale City before the high court, the door was opened to officials facing sanction for dereliction of duty, said Alberts. This principle was important to uphold.

“If officials don’t have skin in the game themselves, they hide behind official capacity and will continue to act with disdain towards the people they serve.”

Alberts said if this application was successful, the directors and trustees risked having to cough up hundreds of thousands of rands from their own pockets to cover the legal fees of the pensioners.

The pensioners, some of whom get as little as R200 a month, have argued that they have been fleeced by management of the Transnet Second Defined Benefit Fund and the Transport Pension Fund, which includes the Transnet sub-fund.

One example is that Transnet exchanged government bonds worth R7.7 billion in 2001 – which earned the fund R1.2bn in interest a year – in exchange for M-Cell (now M-Net) shares. The latter were sold in 2006 causing a loss to the pension funds of R5.4bn.