Yes my dear. Coming to the end

I’m pushing ninety now and I tell you bejasus it beats the hell out of pushing twenty, any day. I had this sweetheart, you see, who used to shriek with laughter when we made love, and I must say it fair threw me on our first bedtime occasion. I thought the close-up view of my nose by night might be the object of such mirth, its having the form of a carrot, but when I suggested this, keeping the love-making a-going the while, know what I mean, she declared she’d early on studied this appendage quite assiduously in broad daylight, and become used to it. So why are you laughing? I inquired. Because I am happy, replied she.

I fell silent, by dint of serious concentration sustaining both copulation and deep thought. I could find no fault in her logic, though, in my short experience, people merely smiled from sexual happiness, perhaps revealing the teeth. 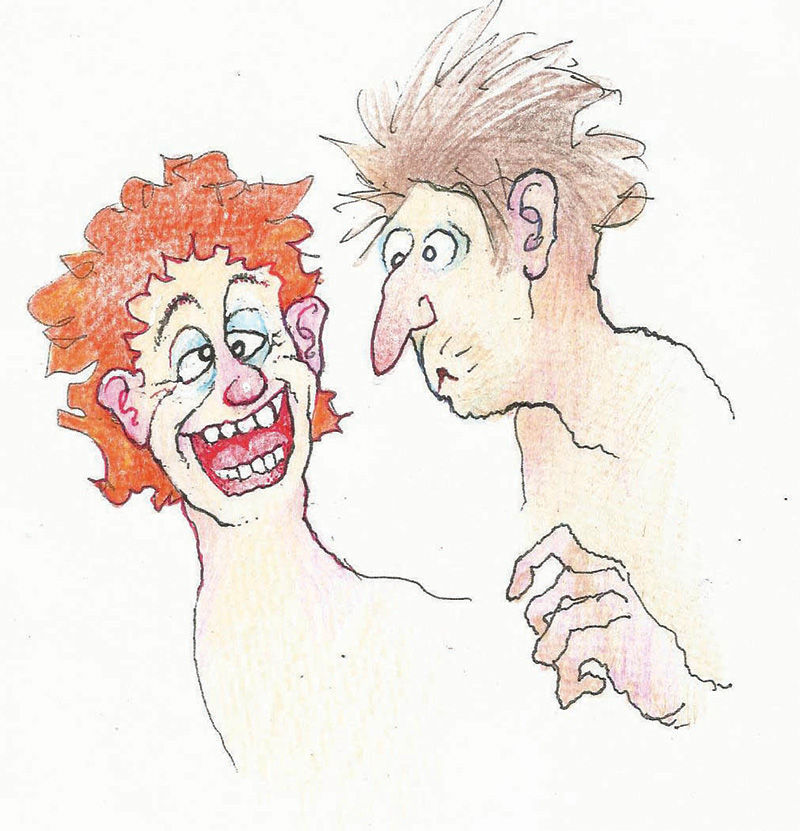 At that age I found it possible to make the beast with two backs whilst remembering a most frightful experience of one of my Air Force comrades, who was demonstrating his affection for a lady corporal in a troop transport lorry containing 20 service personnel on their way back to camp at midnight. This corporal too burst out laughing at the moment of truth, and proceeded thence into deep hysteria, so that the driver of the vehicle was obliged to turn about and drive ten miles to the nearest military hospital where a sedative was administered and she was put to bed for the remainder of the night with a saline drip.

What are you contemplating? my sweetheart now inquired, and upon my explaining the above dreadful misadventure she too fell into such paroxysms of mirth that whilst strenuously sustaining the process of love I thought indeed she too might find herself in need of medical assistance and saline drip.

But the mental exertion took its toll eventually, clearly something was amiss. The passion slowly withered, we decided that to restore some equilibrium I too should laugh. I found this easy enough, having a robust singing voice, but at the end of that month the agent from whom I rented my modest beachfront home requested that we leave, our unrestrained animal cries being bad for the tourist trade. We found a flat on the Berea with an inland view, but it was not the same; the laughter ceased, the concentration ceased, the love process ceased.

When I was pushing twenty-one I made sure my new sweetheart put on her spectacles when kissing, so as to have a good view of the nose before love-making. All seemed well, but on getting beneath the duvet on our first occasion I realised she was weeping. Why do you weep? I inquired. Because I am happy, replied she. Sustaining full concentration on the occasion, I contemplated the logic of this statement, and upon my admission of defeat she explained that the weeping was because it might stop. Do I look as if I’m stopping? said I. No but you will have to stop some time, said she, and that’s why I weep. Well, said I, when I eventually stop I’ll get on the road and do a strenuous marathon training run and when I get back I’ll drink black coffee with brown sugar and eat a whole lot of chilli-bites and we’ll start all over again. At such age I could make such promises.

Yes, she declared, but you have to stop altogether some time, don’t you? Well, yes, I admitted reluctantly, but everything stops some time, doesn’t it? I concentrated like anything on the mating process as we moved into philosophical discourse. Yes, she declared, that’s what’s so sad: eventually all life will stop and the entire universe will plunge into oblivion and it all seems so tragic. Well let’s keep busy until oblivion swallows us all, said I, come along now, nudging her. I tried weeping with her, silently though there’s no tourist trade to speak of back of the Berea, but could work up no spontaneity in the act and we fell into an imbalance of her sorrow and my joy. 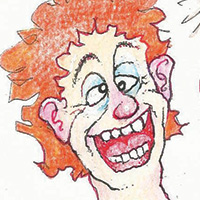 I thought I needed solace, said my new sweetheart a month or so later, and have been to a counsellor who concurs with my view of life; we wept together, I am to take lodging with her and our love will never stop.

So I took down my phallic shad rod and off to the Snake Park Groyne and flung a fat sardine bait into the Freudian Ocean to see what better luck might come my way. It cleared my mind, I remembered my Auntie Aggie’s wisdom: Yes, my dear, it Takes All Kinds to Make a World.