In flying training the first thing you are taught is that the ground is your enemy. And if you’re unlucky or stupid enough to fly into something like a house, or even just a brick wall, your aircraft will be transformed into that which in the Air Force was known as “corn flakes”. The only heavy steel things which may go through house or wall are the engines and maybe some undercarriage parts, everything else is shaped sheets of lightest aluminium alloy or titanium. They must be so for the thing to fly. The fuel tanks are lined with stuff to stop leaks, but not to take any heavy impact, in which case all these shaped sheets and tanks would be ripped to small small bits. Your aircraft is carefully engineered to take a lot of variable air pressures, but no shock, capisco amigo?

This wisdom was proven to me just after WWII, 1945, when a twin-engined B25 bomber in low stratus cloud conditions got in amongst the skyscrapers of Manhattan; the Empire State Building had its head in the cloud and the B25 struck at the 79th floor. The building was of the highest 1920s technology, famously so, steel girders and concrete, but one of the engines went right through and fell on the street opposite the impact. The other engine fell down an elevator shaft. The rest of the aircraft was corn flaked. Its fuel tanks burst, some of the burning fuel going through an impact hole 6m by 7m and incinerating an office, whilst most showered down this side of the building with the wreckage to the street below. The integrity of the building was not affected. 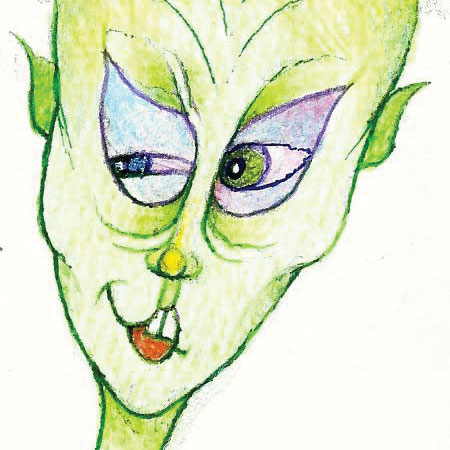 Right. So now it’s 9/11, on the telly appears the hit on tower #2. Lo and behold an aircraft disappears into the side of the tower like some sort of ghost: wings with dainty tips, elegant tail surfaces, fuselage, the lot. Tutti. An outline of the plane is left on the concrete surface. And blow me down, the fuel tanks haven’t burst on impact but curiously found their way through an impenetrable web of steel and concrete and blast out of the other side of the tower in a hideous great ball of flame. No, come on, think I, this is absurd! But, as I watch, repeat footage of hit #1 is shown, and here too the plane just disappears into the steel and concrete, all of it, with but a puff of smoke, and burns inside the building. Now, if the Empire State was of 1920s highest tech, believe me these towers were of technology 50 years advanced on that; at the opening ceremony in 1973 both top architect and top engineer declared no disaster whatever could bring them down, no steel building has ever been destroyed by fire and the WTC core structures are of the highest-tensile steel.

You see, dear readers, I’ve been bewildered by all the brouhaha and sanctimony that has followed 9/11. I mean things just haven’t hung together logically. But now it seems certain highly qualified persons have sedulously gathered evidence that 9/11 was set up, part of the now-recognised conspiracy to justify a war on Iraq. Of course there are those in the US who choose to place all conspiracy allegations along with that loony Roswell theory which declares the US government is hiding evidence that extra-terrestrials with huge heads and skinny little necks had tried to invade Earth.

But here on the internet is Susan Landauer, 9/11 ranking CIA operative, now blowing the whistle. Here is the WTC security chief explaining that shortly before the disaster there was a power outage and the place was shut down while certain maintenance crews moved in. Here are senior level-headed policemen asserting that they heard explosions inside the collapsing building. Here are hardnosed no-bullshit firemen explaining that jet fuel burns at 1,800 degrees and no way can melt steel at 2,500. Only thermite can. It burns with great clouds of white smoke, and here is such smoke, great clouds of it in video clips of the burning towers.

But conclusive for me is that when they come to clear the rubble of the destroyed towers, there beneath it all they find that at ground level the fundamental steel supports of both structures have been melted. Underneath all that mess the thermite had continued burning, since it has its own oxygen supply. Molten steel had mixed and solidified with shattered concrete.

Look it up on the internet. There’s much much more than this. I’d like to know what you think of it all.