Something soft. End of the Rhodes

In defiance of Britannia who had stolen Oom Paul’s gold, my Ouma in die Ou Transvaal used to sing We are marching to Pretoria, Pretoria Rules the Waves. En daar lê die ding. Finish and klaar. And thus she was still singing in 1931 when my ma with three kids took off for the Colonial Capital of the British Empire, namely Pietermaritzburg, Natal.

Here I was enrolled in a school set up by a couple of sentimental old Scotch ducks who came from a Scottish place called Merchiston and loved the Empire like anything, wherefore I got stuck in a school house called... called... wait for it... Rhodes. The other school house was Milner, he, the only no-good cunning merciless imperialist sonofabitch I presently can think of who was worse than Rhodes. But there you have it, so gaan dit mos in die ou wêreld, one of the first things I learned at the age of literacy were Rhodes’s Last Words: So much to do, so little done... (sob). 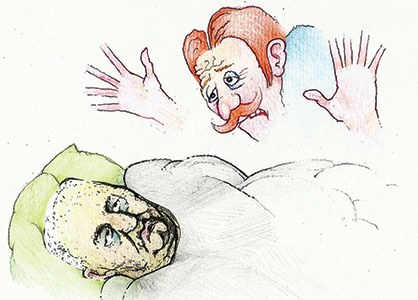 Ja, here we sang hymns in the quad each morning, thus: God bless our native land, may His protecting hand long guard our shores, may Peace her power extend, foe be transformed to friend, and Britain’s rights depend on war no more. Bloody Hell! thought I (for the first thing I’d learned at Merchiston was swearing in the British mode) my Ouma should hear this one! But I soldiered on regardless, and at 14 I was installed in an Imperial Pietermaritzburg high school with a crest of crossed Martini-Henry rifles and stabbing spears in memory of iSandlwana. School colours were black on white plus red for the British blood that was spilled there, you see. No Zulu blood. I got a manly man made of me by prefects beating my bum for not playing rugby. And there, a disillusioned old Pom gay History master, name of Whoopsie, taught me that Rhodes’s last words were actually: Roll me over on me left side, Jack.

But that was not the end of this last-word saga. I further soldiered on, a full generation of imperial bullshit, and of all places, I found myself in Salisbury, Rhodesia, which was about to become Harare, Zimbabwe, and there I met an old wartime flying buddy who’d been in the Rhodesian Air Force and now was proper pissed off with all heroes whomsoever incl ol’ Smithy, and he told me Rhodes’s last words were actually thus:

And the trouble is, all this old Rhodesian kak lingers on and it’s much too facile to say it’s all because of a no-good cunning merciless sonofabitch Robert Mugabe aka Mad Bob. You can betcha life on it when ol’ Mugs departs this vale of tears one of these days he won’t go murmuring sententious crap about so much to do and little done, he’ll go to the Foreverhereafter cursing T Blair as a
N-GCMS. and yelling “Zimbabwe will never again be a colony!” And let it be on record that I agree with him. There are plenty plenty people like R Willy Johnson who this very day opine, nay insist, that Africa’s salvation will come only by recolonising the place, all of it, let’s face it it’s all one country. Why, our Willy even writes books about such bollicks, f’chrissakes. I mean come on, Johnson’s prime obsessive hatred was for Thabo Mbeki personally because Thabo saw himself as an intellectual and there’s only one intellectual around here, see, and that’s me from Oxford (I mean that’s I). But particularly he hated him since when Blair had come wheedling up to Mbeki, smiling the 64-tooth smarmy smile, inviting him jointly to invade Zimbabwe on behalf of British decency, Mbeki in his genteel mode of speech had invited Blair to get stuffed. On his Catholic Sabbath.

Modern colonialism goes more or less like this: you eye the natural resources of some sovereign country way over the horizon, whose people bear you no grudge, possibly never even have known about you. You do dirty deals with their president. He gets disobedient. You lay sanctions on him. To get at the natural resources you first c 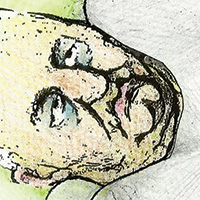 rank up your mainline media machinery to vilify this president, he’s a danger to the civilised world, his people fear and hate him, he’s mad. You give him a whack of the old Shock & Awe under the banner Operation Free Soandsoland. You liberate his people. You liberate their natural resources too. You murder their president. You murder his sons too lest they give evidence at the International Criminal Court about your past dirty work with their father. You decide it’s best to take over the natural resources as guardian against unscrupulous fundamentalists. Something like that.

Maybe Mad Bob too remembers Oom Paul’s gold, how 80% of all profit went overseas, how, of the remaining 20%, precious little went to the people who got the stuff out of the ground. Wealth doesn’t trickle downwards as the wealthy like to say. By a process of osmosis it seeps upwards to where their greater wealth already exists.