Recently my heart went out to a bunch of mothers as they described the turmoil they were going through because of their sons’ addiction to drugs – the concoction known as nyaope to be exact. 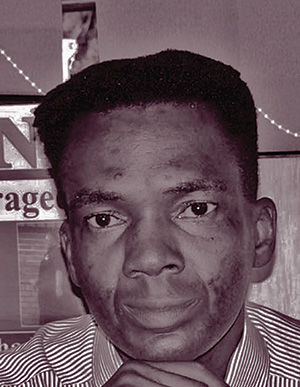 These mothers were not from my Barberton but from another Mpumalanga dorp, Delmas. Their story was televised on an evening news broadcast. Apart from sympathy, I felt a deep sense of anger at the authorities’ inability to deal with this scourge that is spreading through our communities like a runaway brush fire. Even more infuriating was the comment from some politician who simply regurgitated the tired old line: “We will do everything we can to help these families and clean up the community of these drugs.” Nothing more than political spin-doctoring on a problem that is clearly out of control in our communities. Meanwhile the authorities, local police, provincial drugs investigation units are simply not able to deal with it.

My investigation was prompted by the recent spate of burglaries in this once fairly safe “Jewel of the Lowveld”, as Barberton is famously dubbed.

Sure,  like most communities around the country, Barberton has not been immune to house break-ins. However, over the past two years, the burglaries have been too well-organised, with several households or business premises hit at once, and all with the same sort of items targeted: exclusively electronic equipment and specifically laptops and LCD screens. Odd that these items contain a powder that is used in the drug concoctions.

My investigation revealed several key factors. First, the dealers were operating so openly that one could conclude they were doing so with impunity. The second point that struck me was that, if the community was well aware of who the burglars were, so should the police be. Last, I discovered that scoring a fix was as easy as buying a loaf of bread at a spaza shop.

Why is it beyond our men and women in blue to uphold the law and crack down on them? On the take? There would be no surprise there.

All it took for this journo to buy some drugs was to have a community member point out one of the dealers. From there, a quick meeting was held to express interest in scoring, and, whoa, a few days later this scribe was called and asked if I was still interested.

What do you have? I asked.

What do you want? Cocaine, cat, (methcathinone) heroine, anything you want I can supply, was the response. I could not believe it. It was that easy, over the phone and without any fear whatsoever.

Naturally such a scenario suggests these guys either have fantastic muti or possibly make regular donations to the police’s “retirement fund”, benefiting a few select officers, of course, since some at the Barberton Police Station have expressed frustration at seeing these dealers going about their business with impunity. And, when one is arrested, at the ease with which they are granted bail.

“Why aren’t the arresting or investigating officers opposing bail? The fact that all those caught turn out to be foreign nationals, usually Nigerian, should render them a flight risk. One alleged dealer, 38-year-old Nigerian Chigibo Onyinyo Samuel, was busted just behind the Barberton Police Station but released on bail of R3,000 when he appearing in the magistrate’s court.

“There is something wrong with this picture,” said an officer who asked not to be named.

Understatement. The bust was made by the White River Dog Unit which  handed the suspect over to the Barberton Police, the same police station behind which the dealer brazenly lived. Yah, some things truly boggle the mind.

Ok, I made my score of a gram of cat at a cost of R300 (investigative journalism can be a costly exercise) to collect evidence to back up my story.

Some time back after I wrote an article, “Barberton’s drugs hell”, a Colonel Joubert at Barberton told me he was gatvol that I would make such an insinuation and insisted Barberton did not have a drug problem. Well, what will our local coppers say now, when presented with the evidence? But, heck, I could get busted for possession. Dear Editor, please put some money aside for a legal defence fund just in case.

After the purchase, or score, my man – who called himself Charles – said if I needed any more I should just call. He then walked away cool, calm and collected. Of course all along I was shitting myself, hoping he would not recognise me as the local scribe. If he did, I don’t think he cared.

The end result? Simple, the RSA needs a national illicit drugs fighting team like the US’s DEA, a unit that is allocated the resources to go after the head of the snake, the suppliers.

Barberton is said to have one main supplier who is well-known to both local and regional cops in Nelspruit’s Lowveld District police headquarters, as well as to this journo. He is reportedly a police informant – which officers have confirmed. Who is he informing on, one wonders – the competition?

Sorry, but the sympathetic spin-doctoring words of a politician will not put an end to the suffering of the Delmas mothers and certainly won’t stop this runaway fire engulfing us. Gone are the days of a drugs problem confined to the Cape Flats and Hillbrow. It’s now all over Mzansi for sure.