UPDATES: Hustlers and rustlers ♦ The end of the Rhodes

When Noseweek last spoke to KwaZulu-Natal dairy farmer Bruce Taynton (“Cowboy takes cattlemen for a ride”, nose168), in October 2013, he was hopeful that the 215 cows he’d leased to fellow farmer Cornelius Andries Petrus Loggenberg – “Klein Cor” or “Cap” for short – would be returned or compensated 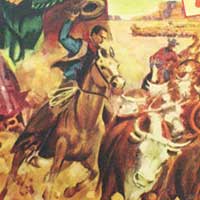 Loggenberg, who farmed near Parys in the Free State, had leased thousands of cows from trusting farmers ostensibly for dairy purposes,which is quite legitimate, but had immediately sold them on – which is not. Taynton and other victims were particularly upset because the broker who negotiated the deals with them had known that Loggenberg was being investigated for similar deals in the Free State.

So what’s happened since then? “The guy acting for us with the liquidators says that they’ve sold two of Cor’s farms but we have to wait for the distribution. We are preferential creditors but it seems that we’re not as preferential as we thought. We found and retrieved about 45 of our 215 head of cattle early on but then had to pay the liquidators R45,000 – 10% of their value. We haven’t received a cent for the other 170-or-so yet.

“The wheels of justice are definitely grinding particularly slow and have so far achieved nothing. One thing has changed, though: the farmers around here are much more circumspect about working through brokers.”

The end of the Rhodes

When Nigel Owles lost his Rhodes Hotel to smooth-talking Pieter van Wyk in 2009 (nose163 et al) and had to move into a borrowed caravan because he was not paid, he believed that justice would be done eventually. Sadly, that has not been the case. He’s back in the plundered hotel, but cannot trade because the villain built up massive unpaid service charges in his name and Owles can’t afford to kick-start the whole shebang again. 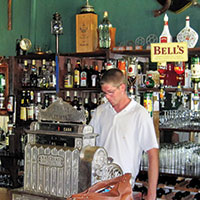 “The criminal charges sat on the local cops’ desks for a year and then they came back and said they can’t do anything because it’s a civil matter. He hijacked everything. He’s finally fucking off to the Cape at the end of this month so he’ll at least be out of my hair. I’m negotiating to just about give this place away because I’ve had enough.”

After five years and countless court cases Owles has lost all faith in the justice system.

“The police are useless, the justice system is useless, no matter where you go. I’ve lost interest, to the point that I don’t care anymore.

He’s now taking me to court for what he says he spent on the place, but the money he owed me for rental (after the deal collapsed) far surpasses that.

“It’s not logical but he goes ahead. Maybe the intelligent people can solve this one but I can’t. Where’s the sanity in all this shit?”