Vitamin B. Shot in the dark

I suppose it has to happen: if you’re a junior teen in an all-boys school and your name is Bettleham, you’ll be called Loonybin. But this was a lad of robust physique and intellect, armed against any insult with a robust sense of humour too; his mother, who was German and loved Shakespearean metaphor, used to say the slings and arrows of outrageous fortune slid off him like rainwater off a dog’s back.

Loonybin’s father, now, he was a veterinary surgeon of great repute in Mooi River se wêreld. Not actually in the village itself, that is, because he wasn’t that sort of vet who fixes pusscats and peoples’ puppies, but a specialist horse-doctor in a very horse-loving part of Natal. Why, he could even fix a broken horse-leg, which normally spells doom for the poor patient.

He had a small farm just out of town, you see, and there had set up a little hospital with cosy hay-filled stalls and overhead slings and things to take the weight off horses’ hooves, also a full-on operating theatre with an assistant nurse. And during school holidays Loonybin was allowed to act as theatre assistant, his special duty being to give the anaesthetised patient a good post-op shot of vitamin B with a hypo-syringe the size of a bicycle pump. You know, for a feeling of well-being. When I’m grown up I will be a vet, said Loonybin. 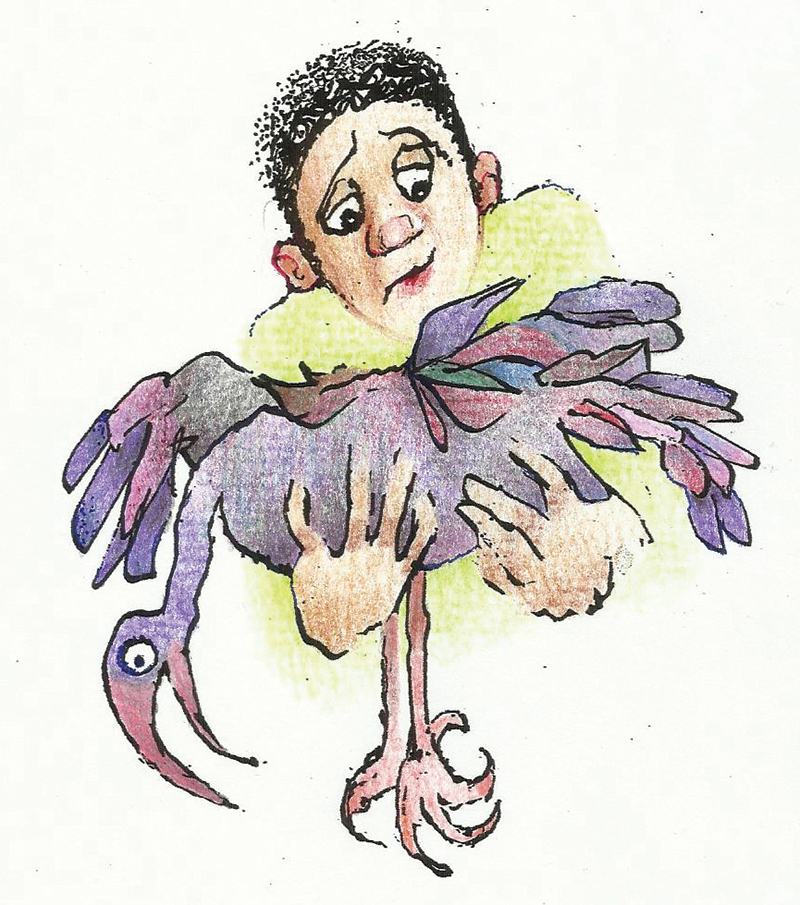 And one holiday he invites me to come along with him to the farm. Lovely. He has some fishing tackle there and I was ever an angler. Also there’s a farm lad of about our age called Xolani who prefers to be called Mr X because it suggests mysterious power and all sorts of wisdom, amongst which he knows how to catch barbel and cook them with phutu.

First morning and WE’RE OFF! to the river down the boundary of the farm. Mr X has saved the remains of his last night’s dinner, horrid bits of meat with a curry aroma; curry is what barbel fancy, says he, along with mulberries fallen from those wild trees dangling over the water. He instructs us how to cast our bait gently ’neath these trees so all looks quiet and natural. He understands Nature and the sensibilities of fish. So here we are, then, on the bonny bonny banks of Mooi River; furtively we move about so the fish don’t see our looming shadows, and there we furtively mould this mystical mix of barbel bait on our size 5/0 fish hooks.

Mr X demos the skill of quiet natural casting, but we’re so quiet and natural that, as ol’ Loonybin gets ready to do his thing, a hadeda quietly and naturally lands and takes his baited hook off the ground, gets it stuck in its beak and falls to flailing about in the reeds there. O piteous! The poor creature is all tangled up in fishing line, it can’t flap its wings any more, it can only kick about with its great big feet.

Step aside! says Mr X in isiZulu, gently creeps up on the hadeda so as not to cause panic and tucks its body under his arm as he sets to cutting loose the hook from the line with the bait knife. Now he’s got to pull the hook not backwards from the poor creature’s beak, because of the barb at the point, see, but right through forwards. And that’s only the beginning. Next he’s got to disentangle the great mess of feathers, bones and fishing line that the hadeda has become. This is a sure case of trau 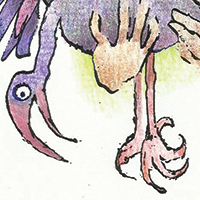 ma. Poor creature! Loonybin exclaims, we must detraumatise it and give it a sense of well-being, and he’s off to Dad’s surgery for a bit of the vit B.

Disentanglement is no quick thing. As Loonybin returns from the surgery Mr X is smoothing down the feathers of the unhappy hadeda. Loonybin plunges the hypodermic into the luckless bird which instantly becomes detraumatised.

You silly bugger, says Mr X in isiZulu, you have killed it. No I haven’t, says Loonybin, it’s sedated. But Mr X is off to his mum’s kitchen, whence he presently emerges with a bundle of chopped wattle wood and a box of matches. Bimeby we sit silently round the fire and pick our teeth with stalks of grass. And after quite a bit ol’ Loonybin says I think when I’m grown up I will be an airline pilot.