When you’re nearing your nineties and you don’t get around much any more it’s a good idea to take your time over supermarket chores, linger awhile on old folks’ benches and enjoy the passing show. Small kids are the best. Here at the Spar they have special little trolleys for the jongspan, and here they come, hopping, skipping, gambolling at the prospect of doing their grown-up style of buying, small Chinese Barbie dolls and gaudy sweets and chips. On the wall there’s a notice in three languages saying that these benches are for elderly citizens. A young mum comes by with her daughter who is just learning to read. Daughter spells out the notice; Hey Mum, says she, can we have some of those for lunch? Some of what? says Mum. The seniorburgers, says daughter.

Feeling a bit inedible and overripe I contemplate my rôle upon this Earth. And as I thus contemplate, a great big dark shadow falls over me, that of Ray Saddler, police officer, and his pretty young missus who has become a pretty old missus. Ray Saddler is now pretty old too, I must add. Cheese Crise! say I, where’ve you been, man? I am not Cheese Crise, say he, and I’ve been sitting in the sun since retirement. Time, ah time! say I; much water has flowed ’neath the bridge. He looks upwards and does mental arithmetic. Ja, says he, thirty-eight years of it. It was 1976 and time of the Soweto riots, says he. I nod; the whole country was bleeding and highly strung fit to bust out in civil war, I remember it vividly. I notice Ray Saddler still has a curious facial tic, a pulling back of the head and lower jaw and narrowing of the eyes as if confronted by something too sickening to see. He got this tic in Port Elizabeth, a seething volcano I tell you, where they’d deployed him and a Durban squad to contain the riots. 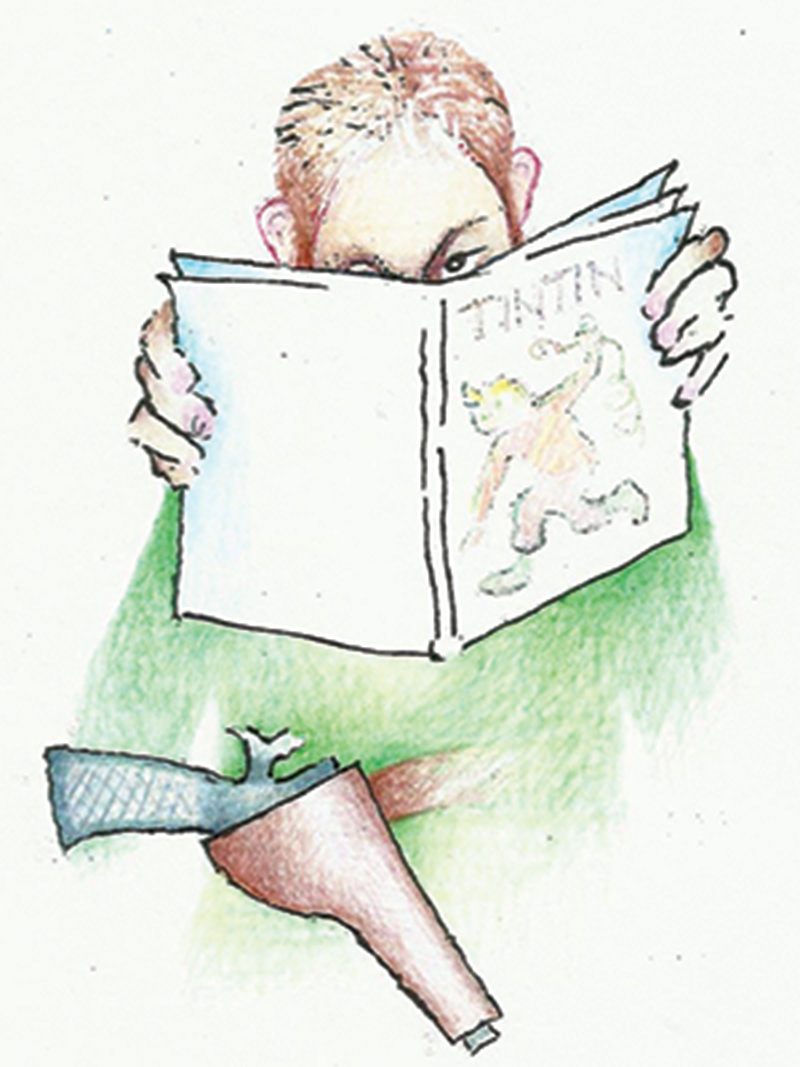 Back in ’76, Overport in Durbs still had something nice and old-fashioned about it; we had a quaint 1906 wood-and-iron house and a garden with avos and litchis, the Saddlers, a modest brick 1920s family cottage down the end of the next block. A quiet suburb we, of kids, dogs and yesteryear’s motor-cars, peaceful.

Peaceful enough even for me under house arrest. Peaceful until one day at 2.45am, 1976, a vehicle pulls up at our front gate and certain gents with army R4 assault rifles rake our tin house with gunfire, some rounds going right through walls and all and into the avo trees in the back yard. I don’t know why my kids aren’t killed. Many policemen arrive. The street outside is shut off. Blue lights flash all about. Dit wemel met die kops. The Murder and Robbery squad go with white chalk and draw circles round all the bullet entry holes in our furniture. Other experts with long long measuring tapes used for plotting football fields measure the distance from front gate to avo trees. All is abuzz. Who? and why? In those days you could get your milk delivered every morning, and there stands the milkman with his trolley, a crippled old Zulu, totally confused. Eventually somebody asks him if he saw anything. Ja, baas, says he, you mean those men in the green Combi? They went that way, pointing. They were six.

The police have a good time, they think it’s all too too funny. They giggle when you speak to them. The Security Branch, the political police, the elite Gestapo, they’re here all right, but they don’t giggle, they smile in a condescending sort of way.

Can you blokes give me any protection? I ask. No you’d have to employ a security company for that, they say. They know I don’t even have a job, it’s a wry little joke, jy weet mos.

Men Herrilt, they say, why don’t you just leave the country?

If you lot think there’s not enough room in this country for you and me, I reply, you can leave. You know, piss off.

But whatthehell. This being a Sunday morning, when the hubbub has died down, we manage to catch a good kip till lunch time and make a plan in the afternoon. I know how to weld and lay bricks, I’ll buy a whole lot of bricks and ship’s plate and fortify our tin castle. Meanwhile let’s most importantly put the

kids’ minds at rest, get a good supper going, chicken curry with some nice afters; môre is nog ’n dag. All this we do, and as we’re washing up there’s a sudden gentle ring at the front gate, and there stands Warrant Officer Ray Saddler in plain clothes, with his facial tic and a bloody great Walther revolver holstered on his hip.

I hope I’m not intruding, says he, but I happened to notice that your son has a collection of Tintin books in his room and I thought I might have a nice read now and then because I am a Tintin fan.

This Walther is a German artillery piece, man; tangle with this thing and it’s Hullo Satan but soon, ’ksê. On uncertain evenings and at irregular hours the W/O arrives off-duty, very visibly to all about, and settles down on young Joe’s bed with the Tintin library. We bring him cups of tea. Sometimes we entirely forget he’s there, he’s so unobtrusive. It’s just that he doesn’t like murderers, you see.