Dear Reader: Mockery of the Law

Lennie the Liquidator makes mockery of the law

From day one, Noseweek readers have known about the culture of impunity and shameful disregard for justice that reigns at what is now Africa’s largest law firm, ENS (Edward Nathan Sonnenbergs).

In the very first issue of Noseweek, which appeared in June 1993, the lead story implicated Sonnenbergs (then still Sonnenberg, Hoffman and Galombik) in a serious currency and tax fraud that ended up costing their client, Sea Point property speculator Norman Benjamin, many millions.

The deal, to sell the Blue Downs township development to a German company, was prepared and negotiated by a Dr Schlosser of attorneys Webbers in Johannesburg and by Norm’s own attorneys, Sonnenbergs, in Cape Town. The sale was to be contained in two separate agreements: one, which declared his profit to be only R300,000, was for the South African authorities to see. It stated that he was grateful to be “relieved of the Burden” of Blue Downs, no doubt to explain the low price. The other agreement, by means of which he was to receive a further R1.8 million (“the majority of his compensation for the services he had already performed”) offshore in America, was definitely not for the South African authorities to see. His name would not even appear in it.

Norm had discussed the matter with his attorney, David Zackon, and his partners at Sonnenbergs to see if they thought the deal was legally kosher. He could not imagine that Sonnenbergs would allow him to get involved in anything untoward. Norm recalled that at Sonnenbergs he was also referred to another of the partners, Jeffrey Flax, who, he understood from Zackon, “was supposed to know quite a bit more about these things”. Flax dealt with “trusts and all that funny kind of thing – a bright young fellow”.

In Europe, Norm met up again with Zackon, who informed him that he had the go-ahead for the scheme from his partners in Cape Town.

Ironically, years later when Norman tried to claim damages from the Germans who ended up defrauding him of every last cent that he was due to collect offshore, the judge dismissed his case on the grounds that he (Norman) had to have known from day one that the scheme designed by Sonnenbergs was illegal. But what then of the lawyers at Sonnenbergs?

While the fraud – and Sonnenbergs’ role in devising it – was exposed in open court – and in Noseweek – neither the Western Cape High Court judge who heard the matter, nor the law society, nor the police appear to have thought anything of it. The lawyers got not so much as a reprimand.

Are we surprised that in the subsequent 21 years little has changed at Sonnenbergs, except that today it is known as ENS and has grown to be the largest, most expensive and, when called upon, most ruthlessly dishonest law firm in Africa?

And that its frauds on both the public and the courts have become ever larger and more brazen, all the while further undermining respect for the law  and the standing and credibility of all those institutions entrusted by the constitution and the public with upholding the law and serving justice?

In our cover story, we sketch the history of some of the most notable frauds perpetrated by members of the firm in recent years.

While several ENS directors have actively helped design the fraudulent schemes, and all the ENS directors and senior partners have knowingly and happily shared in the spoils and must therefore share responsibility, one director stands out above the rest in his aggressive fee charging and disregard for his victims and the law.

He is Leonard Katz, director and “specialist” in charge of the insolvency and liquidations department at ENS, and better known in the trade as “Lennie the Liquidator”.

One after the other, this law firm’s victims report how they have tried protesting the frauds to judges, to masters of the high court, to the law society, to the police, to the public protector, to government leaders. All to no avail.

All these institutions are by now, it seems, either too corrupt themselves, or morally too weak and cowardly to take them on.

More than a year ago, serious allegations of fraudulent manipulation of court proceedings  (including the use of a fake court order) by Katz and other members of ENS were formally brought to the attention of the Judge President of the KwaZulu-Natal High Court and the Chief Justice of South Africa. Seemingly by the same tradition that saw Sonnenbergs emerge from the Western Cape High Court 20 years ago unscathed, both senior judges appear to be helpless in the face of this ongoing outrage, since both have yet to take any action.

Is that what it’s come to? 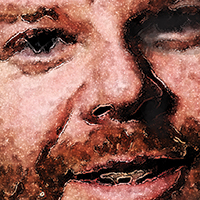 How is it possible that judges tolerate that the likes of Katz continue to practise as officers of the court, despite the damning evidence against them having been public knowledge for years? By now his impunity knows no bounds.

You want what can’t legally be done? Agree to pay Lennie an extra million-or-three and he’ll pull it off, by hook or by crook.

All South Africa’s banks and many of the very rich know it, and are happy to hire the likes of Lennie when the law gets in their way.

And so the rot spreads.