Anyone involved in the business of marshalling ideas for publication will instantly recognise the practised mastery of Justin Cartwright. Lion Heart, his latest novel, flows with the confidence of a writer who has achieved success and can afford to experiment. And an  elegant experiment it is.

It is also funny, a thrill 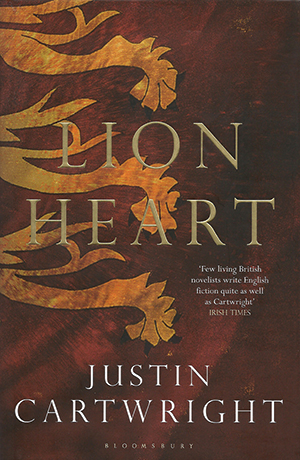 er, and boasts some diligent historic research. The youthful romantic fumblings of the hero, in pursuit of love (mostly alias sex), revenge on his neglectful father, and a decent cup of coffee, make beguiling reading.

Young Richard also happens to be in need of finding some means of sustaining himself. Father named his disgruntled son Richard because the dippy hippy parent admired Richard Lionheart. Daddy’s dope-fuelled musings equated the heroically bloody king’s crusade with humanity’s yearning for the ideal. A sulky graduate at a loose end can only concur, however reluctantly.

Cartwright then ventures into fantastical flourishes, with the earnest young Oxford graduate locking into an obsessive hunt for nothing less than the True Cross, which apparently disappeared after King Richard I had acquired it from the great Saladin during their endless warring over Jerusalem. The fact that the religious conflict rages on to this day provides gravitas. As does a frightening incident involving a kidnapping by Arab extremists, torture and grief aplenty.

The action swings from the initially selfish concerns of young (contemporary) Richard to his gradual maturation, often through the ministrations of characterful women, and guidance from wise scholars.

Cartwright’s gift for the telling detail is acute. A kind aunt, a creature of nun-like self-denial, keeps face powder on her dressing table which, as Scots convention seemingly demands, she applies to her face during excursions to public places like the local butcher shop.

The search for the missing True Cross, suggested as an abstraction rather than a specific object, allows Cartwright to evoke romantic travel to the ancient world, with and without inspiring female company. The academic hunt, partly sponsored by a cheerful peer of the realm whose ancestor did battle beside Lionheart, leads to sages who pore over learned tomes on the crusades and their long-term effects. Cartwright is very good on the ambiguities of the Middle East. Strangers cannot begin to comprehend the subtleties, long memories and sustained hostilities of that blighted, fascinating region.

And did you know that Lionheart, lord of vast lands in continental Europe, spent very little time in England and knew only a few words of English? Some London cabbies know that, and tend to say so when you pass the king’s noble equestrian statue guarding the Houses of Parliament.

Our young Richard, pondering the King’s undoubted lust for life, begins to forgive his addled Dad’s romantic notions. And his own. 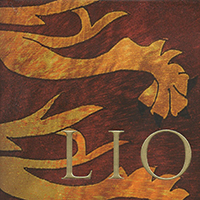