Astonishingly Julius Malema, and the debate about the nationalisation of mines, gets just one mention in Digging Deep – and then only in the six-page concluding chapter.

Author Jade Davenport simply notes that the nationalisation debate was (re-)launched in early 2010 “when the African National Congress Youth League (ANCYL) under the leadership of the fiery Malema, submitted a discussion document to its parent body, the ANC, raising the possibility of nationalising the mines. For the next two years it was the defining issue of debate. Inevitably [this] created an atmosphere of uncertainty over the future of the industry and caused many foreign investors to think twice about investing in South African mines”. That’s all. 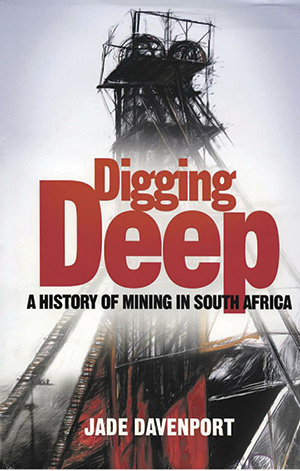 Historical precedents for current events are, however, to be found in her references to the 1922 industry-wide miners’ strike, where she notes: “The seething anger felt by the general public in the wake of prime minister Smuts’s brutal suppression of the mineworkers’ revolt caused a significant shift in the political arena... and, ultimately, the ousting of his South African Party in 1924.

“In particular,” she points out, “the National Party [Labour’s partner in the Pact coalition that then succeeded Smuts’s SAP] was voted into power on the platform that it would facilitate the creation of new jobs for white Afrikaans-speaking workers... to alleviate the escalating poverty amongst the newly urbanised Afrikaner community.”

She records that NP leader Barry Hertzog also believed that “a robust, self-sufficient industrial base would... help to weaken the position of the mining companies, whose directors and shareholders he suspected of being more sympathetic to foreign interests”.

But nowhere does the author mention that in the apartheid era, in parliamentary debates between 1952 and 1954, then still radical NP backbencher Dr Nico Diederichs argued fervently for the nationalisation of the mines. And how, not long thereafter, for unknown reasons he changed his mind to become the Chamber of Mines’ next best friend, and known to the world as “Mr Gold”.

Maybe it is simply easier for the historian of mines if such more proverbial minefields are avoided. Malema and Amcu’s revival of the nationalisation debate aside, Davenport offers an admirable overview of the defining role of the mining “revolution” in the weaving of the political, economic and social fabric of our society over the past century-and-a-half. The 466-page (with notes and index 537-page) work may, indeed, become the bible of any student interested in the exploitation of South Africa’s vast mineral deposits since the 1850s.

The story spans the establishment of the first commercial (copper) mine in Namaqualand in 1852, through the discovery of diamonds and gold in the 1860s and 1870s, the boom and bust era of the Eastern Transvaal goldfields, and the springing up of the Witwatersrand, the largest goldfield in the world; of coal and Sasol, iron ore and
​Iscor, uranium and The Bomb. All the old faithfuls, from Rhodes, Beit, and Barnato, to Sammy Marks and Hans Merensky, to Sir Ernest Oppenheimer and son Harry, who between them built the foundations of a modern mining and industrial state.

And, yes, one chapter focuses on the politics of the platinum belt. She touches on the  Marikana massacre of August 2012. But Davenport cautiously does not offer any solutions to this sector’s problems. “I stay on the fence,” she admits, “as there is a tendency to be lambasted from all sides.”

Digging Deep took Davenport three years to write. She stumbled on the topic. She had written a dissertation for her honours degree on the white anti-apartheid student movement, Nusas, and had intended expanding on the topic for her Master’s degree, but then found her interest flagging. 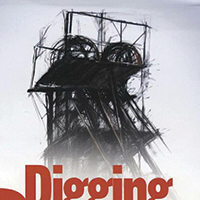