Memorable. Fiddler on the roof

What on earth happened to Tony Leon? I mean where on earth is he? Last I heard of him he was doing a samba Carmen Miranda style in South America, you know: Ay ay, ay ay, did you ever kiss in ze moonlight, in ze grand and glorious gay notorious Sous American way? And the food, my dear, and the wine, and that lovely rippling river. Please please tell me he’s not back here slugging away at a dismal thick Mein Kampf with the aid of Willy Jimson, his “ideas man”. And for that matter where is Willy Jimson?

Last I heard of Willy he’d gone swimming in a smallish estuary down the KZN coast where stands his Winter Palace, described by his Murmansk missus Eulabia “Sweetlips” Stampova thus: But Haaarold, you don’t understand, it is so paradisical.

Whenever she speaks to me she says first that I don’t understand, but anyway, Sweetlips, said I, what I do understand is that this lagoon on the rich toff side of the N2 is fed by a stream from the other side where live the desperate rural poor, and they pee in it and wash their clothes in it and drink it and die and nobody even notices their departure. So don’t get so paradisical that you swim in it nor even dip your tippytoes in it or you will die too. 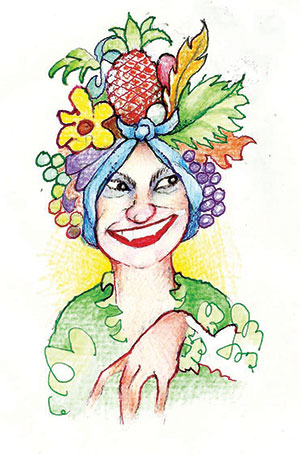 But Haaarold, you don’t understand, said she, and Willy went aswimming and apaddling in it and nicked a foot on something sharp under the water and a certain bacterium got inside his skin and ate one of his legs.

It was all very difficult, because a chopper came and took Willy to Saint Augustine’s Hospital in Durbs where a tiptop specialist name of Chetty set to work on him, and Sweetlips, nou ja, jy weet mos, she dislikes Indians, but maybe she’ll have to start liking them now because this one saved not only Willy’s bollicks but his brain and all. And dutifully issued daily a dispatch to all Willy’s disciples who were holding their breath worldwide, including Rupert Murdoch for whom also Willy is an ideas man who writes homemade factoids about SA in the British Sunday Times.

And lo! here I discover that I too am listed as a disciple, which God forfend. Indeed I have a nasty warped sense of humour which my mother never could fix: my mind turns now to Lord Alfred Milner who done the dirt on Paul Kruger and took to basking in heroic fame after the Anglo-Boer War; Mama Africa bode her time and when he went to the Eastern Transvaal to do a bit of basking there, a tsetse fly bit him and he died of sleeping sickness, the bastard. And now I sense Mama A doing something similar with her necrotising fasciitis on Willy for all that deceitful kak he does on SA in the Pom press.

But where is Willy, where his prophet? The argument blathers on as to whether they are racist or not. Well I don’t know. I note that on an FM talk show with Eusebius Mckaiser listeners called in and mobbed our Willy and tore him to bits for saying that right inside there black people know that white leadership is best. But that’s not our skop-en-donder racism as of yore, is it? He can still call himself a liberal because white leadership is equally good for all races, hey. Why, I recall sitting on Willy’s sundeck in the middle of the night whilst he got steadily pissed and laid out for me his view of South Africa’s future. What Africa needs, said Willy, is recolonisation. Benign, of course.

Ja, he built this Winter Palace down the way from Durbs, not with the help of any architect, Lord love you no, he sat down with a Port Edward draughtsman and with unerring ineptitude designed this vast double-storey heap in the style of Field Marshal Rommel’s Atlantic wall.

The way you get inside is by tipping up the big steel garage door and edging past the bloated 4x4 there and all the garden tools, wheelbarrows and chopped wood for the big upstairs fireplace with a chimney in sweaty KZN, and at the back, you find a sort of ordinary bedroom-type door which leads to further storage goeters on shelves. But duck to the left, you’ll find some steps which take you upstairs where people live and this sundeck where Willy and draughtsman with unfailing philistinism have installed a Colonial Feature, namely a wooden railing round the edge.

There we now sit, just Willy and I, and I’m thinking to myself were I just a bit younger, true’s God’s my bleedin’ father, I’d get up right now and hitch-hike back to Durbs regardless of midnight.

Willy’s heroes, he declares, are R. Reagan and Dubya Bush, purposeful men. Willy lays out his plans for a new economy and quite suddenly, hang on! I become aware of what Robert Mugabe’s big banners mean at election time: “Zimbabwe Will Never Again Be A Colony”. Maybe he’s Not-so-mad Bob after all. Maybe I’ll email him saying Mazaltov.