The Afrikaans word kak is employed explosively by speakers of all 11 South African official languages. We are indebted to thriller writer Deon Meyer for this invaluable linguistic gobbet. And for much else beside in 7Days.

The richly informative glossary must have purist pedants of the past spinning like dentists’ drills, what with so many okes (cf SA “guys”) trying manfully to refrain from offending ladies with too-frequent cries of fok, fokken, fokkol (Afrikaans, Meyer notes helpfully).

But the lengthy and solemn acknowledgements list of expert sources bolstering this highly entertaining tale should provide some sense of order. After all, if the author has gone to the trouble of chatting up the criminal behaviour analyst of the SAPS Investigative Psychology Section, the directorate of Priority Crime Investigations, an assistant commissioner of SAPS, plus checking sundry walk-ons by gunsmiths and a shoal of crime writers, including Joseph D Serio, begetter of Investigating the Russian Mafia, he must be trying hard for authenticity. And he succeeds, by and large.

Those who have hesitated to sample Deon Meyer’s hands-on familiarity with gritty police work, grotty villains and wry familiarity with South Africa’s bruised and bewildered urban populace, are missing out. He's one of the few who convincingly bridge the chasms between various SA social and political enclaves, and he manages to cross the first world divide and impress foreign reviewers.

Meyer observes and records with the scepticism of a world-weary headmaster thoughtfully considering the umpteenth dog-ate-my-homework excuses of errant humanity. But, satisfyingly, he comes down hard on the evil ones. 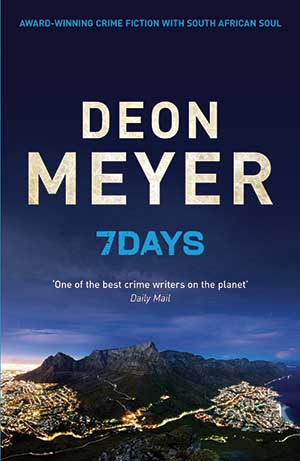 All of which flavours 7Days with a characterful depiction of sin in wicked Cape Town and environs, as witnessed and attended by a long-suffering band of unloved cops, under social and political pressure. There’s no question that Meyer, like author Margie Orford, sides with the Hawks and their ilk. Both writers have clearly spent time and thought on the plight of Mr Plod the Policemen in a troubled land. That sympathy informs the gritty film-noire drama of the book.

The endearing anti-hero, formerly booze-soaked, tenacious police captain Bennie Griessel, is having a second go at life among the ruins of his past. Cruelly, life promptly plays a little trick on him, as it tends to do at quite the wrong moment: Bennie’s resurrection and romance are put on hold when he is landed with a mind-boggling murder case that demands intense concentration.

With the fiercely intelligent assistance of a stout Zulu female officer, who soothes her insecurities with secret supplies of chocolate bars, Bennie makes painfully slow advances in the search for the killer of a seductive young female lawyer.

The police officers are shown to be the nearest thing to a functional broad-based mixed social group in South Africa. They give each other a hard time, but cooperate professionally and are surprisingly tolerant of stressed colleagues’ frailties. Perhaps the coppers could teach us all a lesson in joint survival. 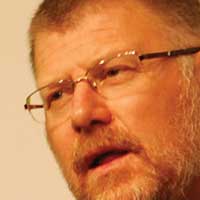