What's love got to do with it?

What’s love got to do with it? When courts issue ludicrous judgments

There is an unwritten rule that journalists should refrain from writing about court cases and judgments in a bad light so as to avoid undermining the court system in the minds of the public. So what about when the judiciary – this institution whose task is to safeguard our society’s liberty, justice and the pursuit of happiness – takes on highly questionable cases? And worse still, when that judiciary has made predetermined judgments about others, are we still suppose to adhere to the unwritten rule?

Well, after my recent experience in which I was slapped with a protection order in the Barberton Magistrate’s Court, I say, heck no.

What did I do to end up being slapped with what I can only describe as an outrageously ludicrous and incredibly absurd judgment? And am I breaking the unwritten rule by using such strong words against our judiciary?

Hey, good people, I would certainly consider the above descriptions more than appropriate, considering the judgment is good for five years and backed by a warrant of arrest if I defy it.

So what happened? One of my nephews, a 28-year-old little bugger who would not listen to good advice about safe sex and holding off on fatherhood and rather concentrate on his career. Instead the kid – who has been successfully climbing the corporate ladder since he finished matric – goes ahead and impregnates his 25-year-old girlfriend some four years ago.

Ok, the deed is done, but I tell him without reservation that he screwed up, his life has changed forever – and he pissed me off by fathering a child out of wedlock. I have a deep hatred of South Africa’s irresponsible child- bearing. Whatever happened to that government advert, “Don’t have more children than you can afford”? Maybe they should scrap the child grants and put the budget towards rerunning that campaign. Kidding; but am I?

Anyway, if my nephew thought he was now going to be hit with child maintenance and the other nuisances that come with such actions, he had no idea of the hell he was about to experience – and that his wise uncle would end up in the fire with him.

The mother of the girlfriend – a girlfriend who quickly became an ex during the pregnancy – would go on to launch a campaign of outright harassment, insults and after the baby was born, more persecution, with visits to his workplace – a Woolworth’s store in Neslpruit where he was floor manager – to demand maintenance payments on the spot and just generally make the boy’s life a living hell.

Now this is a young man who followed through, of his own volition, with the required African tradition of paying damages (for impregnating the girl) and when the child was born, immediately arranged for a debit order to pay maintenance. Despite this, what did the mother of the ex do? She staunchly refused to let my nephew see his child.

You may ask, who is this grandmother who can act in such a fashion? Well, she is a one Mavis Mondlane. And what does she do? Good people, get this: she is the assistant Court Manager at the Barberton Magistrate’s Court.

One would think a person in such a position should not only be aware of parental rights but should respect them. And get also this: her office sits right next to the office of the Senior Magistrate. And that office, on any given day, is overwhelmed with people there on child matters: custody, maintenance etc. Did she not realise we would eventually apply to that office to enforce my nephew’s parental rights?

Ok, you may ask, so why hit Bheki with a protection order? Well, last November my nephew was tying the knot (boy just won’t listen) and I said to him in response to the nuptials news: Why the heck do you want to tie yourself down when you’re rapidly moving up in the world? What if your company wants you to do a stint in London or New York, are you going to drag this bonkin’ country bumpkin with you? For heaven’s sake, you are only 28!

Ah well, as Joe Jackson once sang, Fools in love… but Tina Turner also once sang, What’s love got to do with it?

Naturally my nephew wanted his daughter to be at the wedding. So we paid a visit to Mondlane’s house to plead that she kindly allow the child to attend, but moreover, to allow him access to the child. She staunchly refused. A few days later I decided to appeal to her again and paid her a visit at her office at the court. That would be my undoing. A few more days later I was hit with the protection order in which it claimed I was harassing her.

And what sort of harassment had I supposedly done to merit a five-year protection order with an arrest warrant attached? She claims I had made demands for the child. She said she did not even know whose wedding I was talking about and where the wedding would be. Does slightly mental come to mind as you read this?

My nephew said, Screw this! No more ubuntu with this woman, and filed a court application regarding the denial of his parental rights.

Nice move, and it pissed off Mondlane. This means the gogo is out of the picture and the matter will now be handled by social workers, the court and only the father and mother.

During my first appearance – to answer as to why the court order should not be made final – I said to the good magistrate (as I wrote in my response to the Notice to Appear), there is no truth in Ms Mondlane’s harassment claim and, be that as it may, Your Honour, my nephew has put the matter to the court and social workers, therefore Ms Mondlane will not be hearing anything from me or any member of my family, so there is no need for any protection order. Her response: No, these proceedings will continue because we have to put an end to your harassment.

What? The bitch had already made up her mind.

So I said, Your Honour, do you realise that this woman could fabricate to the police a false charge like say,  that I had harassed her at the Pick-n-Pay, and the cops would pick me up on the warrant? It would not matter even if I said I was not even in Barberton on that day – I was, say, in Cape Town rocking with Bruce Springsteen – the cops would still lock me up for the night and say, “We just serve the warrant. Explain it to the court”.

I had the matter postponed so I could secure the services of a lawyer. That did diddly squat. On the second appearance I was officially served with the order. Like I said, the bitch had made up her mind and the other one was happy as a clam. 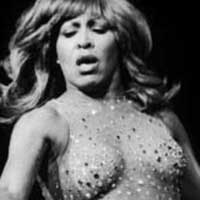 My brothers-from-other-mothers, of  all colours, who have faced or are facing injustice because of being denied your parental rights, I now weep with you and am united with you, as brothers and fathers being shafted by the judiciary. And I don’t even have a bloody child; go figure. Stay strong my brothers, for one day the child will say, “Why can’t I see Daddy?” and of course she will make you out to be a monster but the child will want to see that monster anyway. Can’t the Mondlanes of the world see that?

As for the unwritten rule, to heck with that. Particularly since the magistrate demonstrated that I was guilty without any consideration of my denial of the harassment charge.

I just hope I am never hit with a bogus rape charge and that she hears the case. I would be up the river for sure.