Books: Cry me a river

Cry me a river.  Powerful requiem for a golden boy

Few terrors compare with witnessing self-destruction in promising youth. Dominique Botha has written a moving memoire of a brilliant, magnetic young man who eventually finds the oblivion he desperately seeks.

Curiously, False River is billed as a novel “based on actual events”. But it vibrates with actuality, great joys and sorrow. Certain characters are significant and familiar South African public figures, and the vigorous home life of the “hero’s” parents and siblings is electric with authenticity.

The initial apartheid-era Free State farm setting of the lively Botha family is crammed with vivid individuals, instantly recognisable to anyone familiar with the social range of that rural scene. Then there are bleak cameos of survival in unsavoury post-apartheid big-city slums as anti-establishment eldest son Paul Botha sinks into self-imposed degradation – despite expensive education at Hilton and the agonies of his baffled parents.

The apparently idyllic family life of the Bothas with their seemingly endless string of offspring is a valuable guide to the preparation of wondrously sophisticated regional dishes in a world which regarded the nearby mining town of Klerksdorp as a metropolis.

But the Bothas are not yokels. They are decent, intelligent folk who maintain positive race relations in their domain, reject the complaints of fascist neighbours who resent the family’s maintenance of a school for black children and other departures from grim separatist policy.

After regime change, Father Botha reasons that ex-President F W de Klerk has behaved as nobly as did Gorbachev in achieving a breakthrough for democracy. His fiercely atheistic wife Sandra pours scorn on the notion that anyone associated with governance under Dr Hendrik Verwoerd’s heirs could  be rehabilitated.

On the face of it, eldest son-and-heir Paul Botha VI (as he mockingly styles himself, in terms of the family’s long history on the farm) should be glorying in the new South Africa. But he has long been alienated from the bourgeoisie, despite academic and sporting successes. The beloved boy’s pranks at school grow increasingly dangerous. The excesses of his young manhood suggest a wild rejection of identity, in a fug of drugs and indiscriminate sex.

His sister, Dominique, the narrator, is half in love with her once-heroic big brother, and suffers the decay of Paul’s mind and body to the end. It all ends in tears, but, despite some clumsy editing, Dominique has written, without pomposity, a dramatic tale that parallels many aspects of political and cultural change. 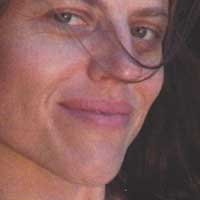