UPDATE:The heart of the UCTmatter

Patricia Lucas, manager: Media Liaison and Communications at the University of Cape Town has written to Noseweek to complain about the “serious lapse of journalism ethics” in our failure to approach UCT for comment on Professor Mark De Groot’s criticism of the standard of training offered by university’s department of cardio-vascular surgery (in nose172 ). Noseweek then submitted a list of questions to the university related to the matter. Here are the questions and UCT's answers: 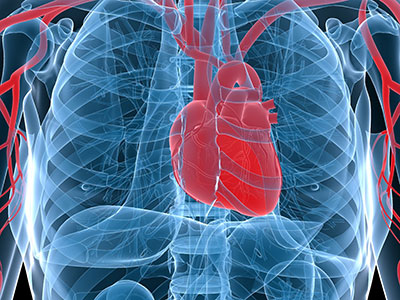 Q. What is your response to the finding of the arbitrator, Advocate J le F Pienaar, that senior members of the UCT Medical School conspired to secure the dismissal of Prof De Groot, associate professor of thoracic surgery, by means of a set-up?

A. Noseweek made public the finding of an arbitrator in the case involving Prof De Groot following a disciplinary process by UCT. Noseweek draws multiple conclusions based on the finding yet fails to inform the reader that a review of that finding is under way. UCT will not comment further on the matter of Prof De Groot’s disciplinary until the review process is completed.

Editor’s comment: Why should the arbitrator’s ruling involving an important public institution not have been made public? Noseweek did not draw multiple conclusions; it reported the arbitrator’s unhappy conclusions. The fact that the State Attorney (acting for the Department of Health, responsible for Groote Schuur Hospital) subsequently applied to take the ruling on review to the Labour Court was regrettably not known to Noseweek at the time we went to press.

Legal opinion that this process is likely to take two years makes UCT’s refusal to comment further on the matter “until the review process is completed” all the more unfortunate.

Q. In 2012, Prof De Groot formally raised his concerns about the quality of training in cardio-thoracic surgery at UCT in a letter to the head of surgery, Prof Del Kahn. Two years later, he has still not received a response. Why has the head of the department of surgery not yet replied?

Q. What is his (Kahn’s) response to the letter now?

A. Prof De Groot’s allegations are not new [True. They were known to UCT medical school management two years ago; but they are new to everyone else. – Ed.] nor are they based on fact. We [Who may “we” be? – Ed.] reject his version relating to the Division of Cardio-thoracic Surgery at UCT, and the people who work and learn there. [No response from Prof Kahn.]

Q. What happened to the report compiled by Dr David Blythe after he was commissioned to write a review of the state of affairs in the Department of Cardio-thoracic surgery at Groote Schuur Hospital?

Q. Can you tell us the findings of that report or, better still, provide us with a copy of the report?

A. An independent inquiry [Presumably by Dr Blythe in 2012. – Ed.] into Prof De Groot’s allegations relating to the quality of training found the allegations to be untrue. We believe the quality of our training is of a high standard. Multiple monitoring processes are in place (including independent national and international participants) to ensure quality and to highlight areas that can be improved. We will again this year review the division concerned, amongst others. [Noseweek has not been offered sight of Dr Blythe’s report.]

Q. We understand that the matter was referred to the (then) Dean of the School of Medicine sometime in 2012. What was her response?

Q. We believe that the then dean failed to keep an appointment for a meeting arranged with Prof De Groot to discuss the matter and never responded. Any comment?

Q. Has the matter been drawn to the new dean’s attention and what is his response?

A. The new Dean of the UCT Faculty of Health Sciences, Professor Wim de Villiers, has been reviewing all divisions within the faculty as part of his management responsibilities. This includes Cardio-thoracic Surgery. Quality assurance is an integral and ongoing process at UCT.

Q. Dr George Mpahlele, a UCT-qualified cardio-thoracic surgeon at Port Elizabeth provincial hospital has repetedly been found by his senior colleagues to be dangerously incompetent (see nose170, December 2013).He and a Pakistani-qualified colleague now face re-assessment by the HPCSA, which it is believed will take place in the next few weeks. Comment?

A. It is our understanding that Dr Mpahlele is not the subject of a Health Professions Council of South Africa (HPCSA) investigation, as claimed in your question.

Editor’s comment: UCT’s corporate “we” are wrong. Dr Buyiswa Mjamba-Matshoba, HPCSA Registrar and CEO has confirmed that on 5 December 2013 his office received a request from the National Department of Health that the HPCSA conduct a peer review assessment of the competencies of Drs Munir and Mphahlele at the Port Elizabeth Provincial Hospital. The request has since been approved by the HPCSA board: “There are a number of steps involved in a competency assessment. Once completed, a decision will be taken to determine the course of action for both practitioners. No clear time frames can be given at this stage,” he said.

Q. Noseweek has been informed that Dr Mphahlele himself complained to UCT about the quality of the training he received at UCT. Did the university investigate his complaints? Who did the investigation? And what was the finding?

Q. Noseweek has also been informed that a more recent graduate of the Department of Cardio-thoracic Surgery, Dr Thumi Taunyane, lodged a similar complaint. What was/is the university’s reaction to that?

Q. It has been put to Noseweek reporters that cardio-thoracic surgeons qualifying at UCT in recent years have been unable to get jobs abroad as their qualification is internationally rated as sub-standard: What is UCT’s response?

A. The quality of medical graduates from UCT remains among the highest in the world, and they are recruited worldwide. Similarly, the quality of professional service rendered and the research undertaken by UCT academics has a global reputation. The UCT Faculty of Health Sciences was rated among the top 50 around the world by the prestigious Times Higher Education Global University Rankings in 2012.

Editor’s comment: You omit to mention that UCT's ranking fell to 53rd position in the 2013 ratings. Of even greater concern are UCT’s scores in the assessment subcategories:  scoring very high on “International outlook” (72%, due to the large number of UN-sponsored students from countries in the rest of Africa) and “citations” (90%, thanks, Noseweek suspects, largely to Prof Tim Noakes’s controversial research on diet) but  – and here’s the point – UCT’s medical faculty scored a dismal 39% (a failure mark) in the two categories that really count: teaching and research.

Q. In nose172, it is reported that the head of the department, Prof Peter Zilla, has the knowledge and qualification in thoracic surgery of “that of an intern” and that he only qualified with ”help from friends”
after three attempts. The allegation has also been made that priority is given to Prof Zilla’s research projects, which are related to the development of a heart valve and contribute nothing to the acquisition by young surgeons of skills and experience in all the facets of cardiac surgery.

A. The allegations leveled by Prof De Groot against the head of the Division of Cardio-thoracic Surgery, Professor Peter Zilla, and repeated so irresponsibly by Noseweek, are regrettable. We reject Prof De Groot’s view of the person and the activities of the division in the strongest terms. Noseweek makes itself guilty of sensationalist and biased journalism based on the word of one person (with a very long history of conflict with this division) without any attempt to interrogate or balance the allegations.

Editor’s comment: UCT might have done better by addressing an appropriately detailed reply to Prof De Groot’s serious letter it received two years ago, rather than simply ignoring it, and then contriving to get him dismissed by suspect means. Noseweek notes that even now most questions are avoided or answered with broad generalisations

Q. What is UCT’s general response to the story?

A. We are deeply concerned, firstly that Noseweek published De Groot’s allegations without seeking comment. This is a total disregard for the basic principles of professional and responsible journalism.

Editor’s comment: De Groot sought professional comment from UCT and got none. That’s what Noseweek reported. Our story and your answers speak for themselves.