UPDATE: Lost in the education maze

In January Noseweek asked the Educor schools subsidiary Intec whether  its Damelin and private matric and National Senior Certificate courses (NSC) are accredited by the relevant authority, Umalusi. 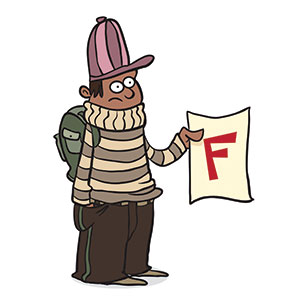 She did not specify which of Intec’s courses are accredited by Umalusi, but, since she was replying to our question about matric and NSC courses, the clear implication was that they were included in the many “programmes” for which Intec is accredited.

But when asked the same question, Umalusi’s manager for accreditation and evaluation, Vani Chetty, left no room for doubt: “Please note that Umalusi has only accredited Intec to offer the Nated programmes at this stage; this means that Educor are only provisionally accredited for FET courses on NQF levels N2, N3 and N4.”

In plain language: FET courses are effectively trade courses – in the old terminology, “technical college” courses such as hair dressing – and do not include matric and NSC subject courses.

In its report in February, “Dodgy Educor fails learners”, Noseweek came to the fair conclusion that Intec and its subsidiaries such as Damelin, are not accredited to offer matric or National Senior Certificate courses, but would rather not address the issue, as these courses are a major and lucrative part of their business.

Intec has since written to express “surprise and extreme disappointment” in the nose172 report. In their latest letter, Naidoo accuses Noseweek’s reporter of “sensationalising a very critical issue, creating doubt and confusion in the minds of students and parents.”

Naidoo appears to have forgotten that it was she who set out to link the two in her initial response; probably in the hope that the public would conflate the two and assume both were accredited by Umalusi.

Naidoo goes on: “Intec, through its correspondence arm, offers distance tuition to matric learners [more than 700 of them in 2013] who have dropped out of school, or who choose not to go to a conventional school. [These] students register with the Department of Basic Education as private candidates. Application forms necessary to registration for the National Senior Certificate (NSC) with the Provincial Department of Education are submitted by the student [not Intec] to the Exam Centre of their choice… approved by the department. The student pays the exam fee to the Department of Basic Education directly.”

By explaining that the exams are approved and set and marked by the Department of Education itself, Naidoo appears to be suggesting that, somehow, the student’s qualifying relationship is with the provincial department and not with Intec, making Intec’s lack of accreditation irrelevant. Which leaves the question unanswered as to who it is who assesses and approves the standard of the tuition for NSC courses that Intec offers for sale? And is Intec officially “accredited” to offer this tuition?

Intec tries to get around the direct question by telling Noseweek its tuition material is “developed by qualified educators... registered with the South African Council of Educators (SACE)” and that “the curriculum for the Grade 12, NSC is provided by the Department of Basic Education”.

It is Noseweek’s understanding that, by law, Intec should be accredited by Umalusi before it offers these courses. And it is still not accredited.

Instead, Naidoo insists that “Intec College has permission, in writing, from the Department of Basic Education to register private candidates for the NSC via distance learning” and that Intec and its related subsidiaries therefore “have and continue to offer matric legally”.

When Noseweek approached the Department of Basic Education for comment, Elijah Mhlanga, Director of Communication and Research, initially appeared to support her view: “The department has no formal agreement with Educor. However, it does engage with the International Colleges Group (ICG) one of the subsidiaries of Educor. The ICG has a number of Distance Education Institutions and Intec is one.”

He went on to support Educor/Intec’s argument, in effect, confirming that his department has been condoning Intec’s non-accreditation. But then, right at the end, he hedged his bets: “However, all private institutions that offer teaching and learning support must register with the provincial education department and then be accredited with Umalusi. In terms of accreditation, further information should be obtained directly from Umalusi.”

To add more confusion to an already muddled situation, the Council on Higher Education managed to drag a smelly rag across the trail by informing an unhappy Intec student (and Noseweek) that Intec was not accredited by it either. What the council omitted to mention was that it has absolutely nothing to do with accreditation of matric and senior certificate courses.

In response to Noseweek’s earlier queries concerning student complaints about Intec’s administration, Naidoo had insisted that “all student year-marks were supplied [by Intec] to the Department of Basic Education before the final exams in 2013, however the release of results appears to be an endemic problem: as was recently reported in The Star, the same problems that were highlighted by Noseweek are being experienced by many students studying at various institutions”.

Intec dismissed as false all claims by students that their marks were not submitted to the department on time. 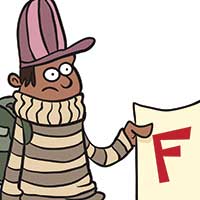 departments and the national Department of Basic Education. Student queries that are brought to the attention of the college are effectively channelled and addressed, however some of these issues are out of the control of Intec, due to the external intervention that is required from these departments.”

Subsequent to the appearance of our February story, however, this bit of good news: “Nicole Garbet [one of the despairing Intec clients whose complaints were recorded in nose172] was issued with her National Senior Certificate marks by the Gauteng Provincial Education Department (GPED) only on 14 January, due to delays in the department, and not at Educor. Nicole’s final marks were submitted to the GPED on 28 November 2013. On 7th January it was brought to Intec’s attention that her history marks were missing, although they had already been submitted. These marks were resubmitted immediately and it was through Intec’s proactive efforts that the marks were recaptured and released in record time, then personally delivered to Nicole’s home by a senior member of staff.

“Clearly, if we did not put the interests of the student first, we would not have gone way beyond standard customer care to assist,” said Naidoo.

► Finally it needs to be recorded that there has never been a contractual relationship between Intec and Champions Sun Education, the small day school that provided Nicole with face-to-face tuition, using Intec’s course materials. Noseweek apologises for any embarrassment that might have been caused to any of the parties by this error contained in our earlier report.