Logic. If the shoe fits

I miss James McGee these days.

Indeed I badly need him. We were together at Maritzburg College, you see, where for four years we pondered the aerodynamics of the straw basher, that curious compressed grass cylindrical titfer [hat] of 1900, esp. how to control the forces acting upon it as one rode one’s bicycle downhill at high speed. I took the view that by tilting the head slightly forward the brim would act as the inverted aerofoil at the rear of an F1 Ferrari, James that sheer mechanical force was the only answer: taking off one’s school tie to strap the bugger down with a firm knot ’neath the chin, but alas, this was against the rules of school decency. Also alas, we went off to die for King George VI, leaving the quandary unresolved; James went to sea, there to rule the waves on behalf of Pretoria, I to the skies, there to launch high explosives upon certain citizens of certain countries not my own who had no understanding whatsobleedin’ ever of British Imperial virtue. 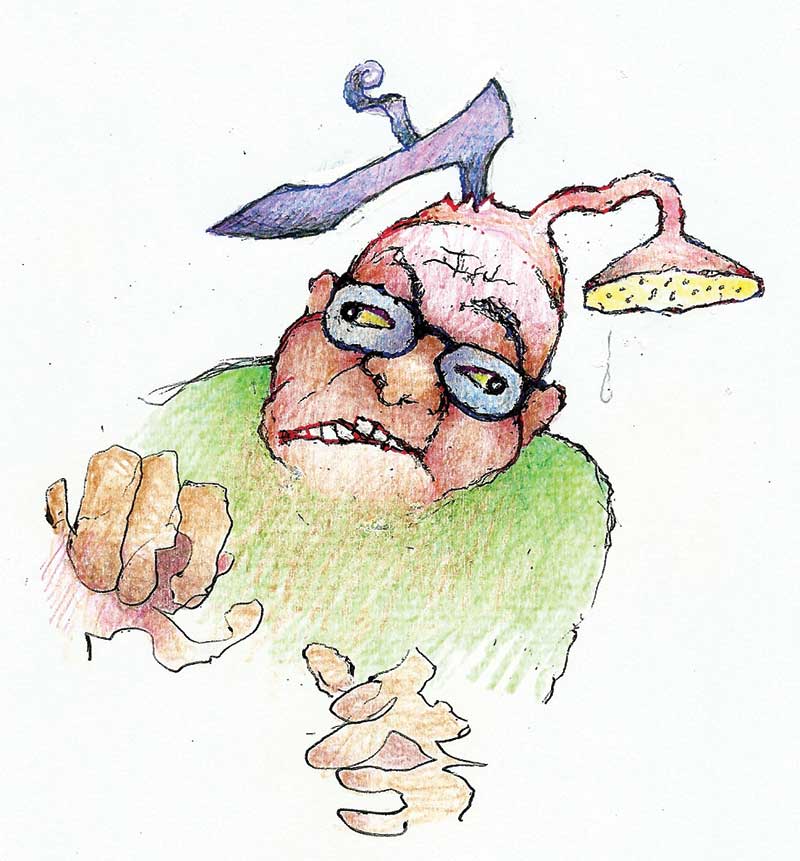 But we failed to kill anybody, and everybody failed to kill us, which just goes to show what a waste war is. And as if this favour of fortune wasn’t enough we were declared National Heroes, in return for which we could go baksheesh to a university if we liked. So here we sit at a lecture, James and I, together again, in Maritzburg again. 1946. Studying Dutch 1. Why Dutch? God weet. I am burning my brain over a love poem by a 1600 poet name of Hooft (I can’t write Dutch but a bit of Afrikaans will do). It goes like this:

It’s about a beautiful classical sunrise, see, which he likens to his lady lover name of Leonora. James scribbles away during this lecture, I whisper to him, Hey James, ou boet, what’re you writing? I am translating White Christmas into Fanagalo, says he. It goes like this:

I’m just busy with the middle bit, he says, where the children listen to hear sleigh-bells in the snow. You’re bloody mad, say I, what are you going to do with a load of crap like that? I have a strong intuition, says he, this mode of thought will come in handy one day. Well, ja, okay, say I, er... maybe we’ll see one day, hey. You will understand, dear readers, he had deep perception of the Logic of Absurdity which governs our universe. And I have deep intuition 2014 is the one day.

I mean come ON, man, what is the point of booing somebody if there’s nobody around to see or hear you booing? TV is the new instrument of democracy, I say, let the whole goddam world know what you think of a president who runs a club of shabby pickpockets and steals your money. Should we go to the police, a bunch of seedy footpads in his employ? I mean it’s like hurling your shoes at Dubya War Criminal Bush in public. What should you do instead, confer with his State Department? Don’t talk so daft, man, it’s the State Department that plans his war crimes.

Well there remains such a thing as decorum, says Blade Nzimande, top dog of our Communist Party. The World’s Top People were watching. Princes and presidents, right-thinking people will always be disgusted by booing as a political ploy. Well, say I, the trouble with right-thinking people is they’re wrong, and the trouble with Blade Nzimande is he’s scared of the industrial proletariat.

Never mind Charles Saxe-Coburg Gotha u. Vindsor, imbezill der Europaeisher Lumpen-Aristokratie, never mind B Obama from a long line of nasty bastards, whosoever right-thinking top poephol people may be watching, I want James McGee to come and reassure me that in terms of the UN Charter of Human Rights we should find an ordinary sort of old bloke logically to exercise his human right to follow our president wherever he goes, pushing an old wooden barrow full of old shoes with a sign up top saying: 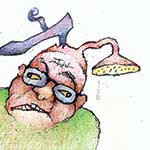 buy two get one free

And if you think that’s silly ask Mama Clinton, she’s jolly good at human rights, she even goes to China to enlighten the government there on human rights. It’s all so simple, really. Says Mama C.

Maybe our President is shit-scared of such shoes, hey? Maybe that’s why he needs all those fortifications round his Winter Palace.