Satisfaction. Music for the soul

While paging through some back issues of the Nose when I was bored  just after Christmas and desperately wanting something interesting to read – and  I wasn’t about to waste my time on our mainstream rags and their celebrity New Year rubbish – I came across a piece in the February 2011 edition (nose136) titled “The gates of wrath”.

It told of the ugly spat between billionaire David Brouze and his wife Karen,  which I am certain I read back in 2011 but when I glanced at it this time, “bid for access to youngest child” caught my attention. Despite having no children of my own, I found myself spending the better part of November 2013 engaged in a fierce battle assisting my 25-year-old nephew to get access to his six-year-old child.

This battle has resulted in my being hit with a notice to respond to an application for a protection order, as well as having to endure my family being roundly insulted. But more on this in just a bit.

First, let me say that I go into 2014 with my nose held high. No, I am not a snob, I do so due to some very satisfying results achieved by commentaries I have written and had published by this here Nose. Two notable results came at the tail end of 2013, leaving me sniffing the air of victory and satisfaction going into the New Year.

The first one was news surrounding the story of the young boy whose penis was accidentally amputated at Barberton General Hospital. Attorneys MM Labe who volunteered their services when they read the story in Noseweek, duly informed me that a settlement was imminent. Soon after this news from Labe, the Sunday Times ran a story about  medical malpractice suits against Mpumalanga’s Department of Health.

The amputated boy’s damage claim was the one highlighted by the Sunday Times; after all, it is one of the biggest, R10 million, and one of the most disturbing.

Reading the Times article and recalling Labe’s news, all I could say was “Yes!” then put on the Rolling Stone’s You got me rocking now.

My sources in the department tell me the Nose commentary played a major role in shaking the department. And by the time Labe filed the damage claim, our government lads were already awaiting the hit. Got to love this Nose.

The second moment of glory relates to my story in Noseweek about Sifiso Biya, the fellow who sustained a bullet wound, albeit rubber, when some so-called community leaders led Umjindi’s youth on a viciously violent, so-called service delivery protest in June 2012.

Well, to my surprise the coppers paid out damages of R50,000 to Biya. And yes, once again this was handled by Labe. And yes, once again sources tell me the Nose was sniffed by the SAPS and that they did not like the smell of Nose exposure. Subsequently quite a few other claims by Labe against the SAPS surrounding the protest are being paid out. Once again, “Yes!” and another play of You got me rocking now [hey, hey]. You gotta love the Nose!

Realising some time ago that I needed to find a good – but more important, honest – attorney to team up with in order to get results for victims whose stories I had written about was one of the best decisions I ever made. Otherwise the stories would end up just that, stories, read today and in the recycle bin tomorrow. We journos have limited reach, so that extra bit of legal muscle comes in very handy.

Of course teaming up with the Nose goes without saying. This investigative news mag truly reaches the powers that be and without it serious issues from little dorps like my Barberton would end up just being stories that get Bheki praise while standing in the checkout line at Pick n Pay.

Another good case in point is the story surrounding our Home Based Care worker, Sibongile Sithole, who conned the Government Pension Fund into believing she was the widow of a deceased Correctional Services worker and collected his benefits. Sithole was his home care-giver. 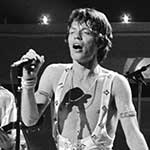 When this fraud was exposed in Noseweek, the powers-that-be at the fund were most annoyed and I was immediately summoned to Pretoria so they could explain their faux pas in being duped by Sithole.

I gladly obliged and met with their forensics team. I was subjected to a good-cop-bad-cop scenario, but at the end of the day the fund moved swiftly to close the monthly pension payout  and recover the first of the bulk payments Sithole had already received.

As a result construction on the lovely “little” suburban house Sithole had been building in the midst of a sea of RDPs has ceased. So I guess Pretoria must have pulled her “funding”.

Ok, so the updates have taken more paragraphs than I envisioned ...ah, writers, when we’re on a roll, it’s hard to stop. Sorry, my fellow Nosy ones, you’ll have to wait for the next edition for the details of the battle for access to my nephew’s child, a battle which will have come to a head by the time you read this. By then I will have appeared in the Barberton Magistrate’s Court to argue against the protection order application and my nephew will have gone head to head with the mother of their child at the same venue.