In December Noseweek revealed that the Competition Commission has found a new angle to pursue on the colluding road-construction industry (Editorial nose170). Now they are out to nail the two main suppliers of asphalt to the Western Cape government and the road-building industry – Much Asphalt (a wholly-owned subsidiary of construction giant Murray & Roberts) and its younger upstart competitor, More Asphalt.

Much and More are alleged to have been operating a secret cartel since 1995, when a year-long price war ended inconclusively with both making losses, but neither conceding defeat.

Noseweek has since learned that the scheme was initiated by – no surprise – the directors of Murray & Roberts, more specifically by the “Malcolms square”, CEO Malcolm McCullough and CFO Malcolm Lobbin, who then delegated Gerald McGurk, M&R’s director in charge of the group’s construction materials cluster to instruct Much’s MD, Jan Beukes to do the necessary. Beukes negotiated the deal with More’s MD, Rob Fyfe. (Both have since retired; McGurk has died.)

Thereafter, on the last Friday of every month, More’s Fyfe and Much’s financial director, Spencer van Eeden, would meet in the boardroom of their sister company Colas, in Epping on the Cape Flats, to compare figures and settle up. The deal was that Much (the bigger company) would get 66% of the business, while More was guaranteed 34%. In 1999, Much secretly paid More a total of R980,000 in various monthly instalments, as calculated at those meetings in the Colas boardroom, for business it conceded in favour of Much. 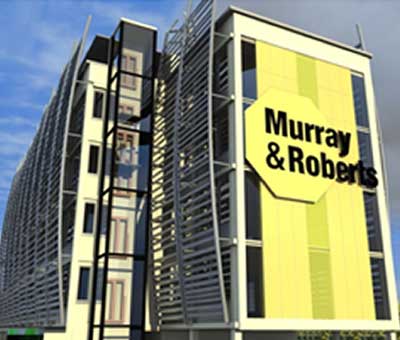 And its auditors, DeLoitte & Touche, approved the payments without qualification or comment, year after year.

Unconstrained by competition, the two companies’ prices and profits have since then increased by multiples. According to Noseweek’s sources, by 2010, admittedly the World Cup boom year, Much’s profits had soared to R230m – from a loss of R1m in 1995, the year the deal with competitor More was concluded.

Noseweek has now established that in July last year three Much executives, Philip Hechter (MD since 1997), Spencer van Eeden (financial director at the time the cartel deal was concluded and key man for many years thereafter) and plant manager Garth Miller were summoned to Pretoria to be questioned by the Competition Commission. They went accompanied by their Cape Town attorney, Rudolph Labuschagne of Bowman Gilfillan. (Although, said a company insider, “there were many, many attorneys involved, all instructed by Murray & Roberts in Johannesburg”.)

“M&R are frantically trying to do damage control,” said our source.

Noseweek first called Philip Hechter for comment. His reply: “I retired last year. I have been instructed by Murray & Roberts to make absolutely no comment, as I also explained to the Competition Commission.”

Next call was to Spencer van Eeden. His response was terse and tense: “I have nothing to say. Speak to our attorneys.” He then rudely slammed down the telephone. Finally we tried calling Garth Miller, but the telephone number is no longer in operation.

M&R’s spokesman Ed Jardim assured Noseweek that it is Murray & Roberts policy to be as transparent as possible, “but,” he said, “unfortunately, at this moment in time, I am precluded by law from commenting on this matter.” He was not prepared to say which law, or when he might be free to comment.

Last year Murray & Roberts, apparently under pressure from its American shareholders, decided to sell off its “non-core” construction materials subsidiaries, including Much Asphalt, Rocla, Hall Longmore and Technicrete, to generate cash flow and compensate for rapidly declining profits. 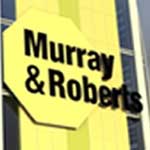 Both RMB and and venture capital funder CapitalWorks, made offers to buy Much Asphalt – on condition the company’s management was signed up to stay. RMB withdrew when it learned of the Competition Commission’s enquiries; CapitalWorks persisted, bringing in a minority partner, the Mineworkers’ Investment Corporation, for 25% of the shares and giving management 10% as an inducement to stay. (Most accepted the offer.)

The sale is said to have realised R1.2bn for Murray & Roberts.