Last year, mountaineer and motivational speaker Sean Wisedale lodged a complaint about Noseweek with the Press Ombudsman, following reports in the April edition that Wisedale had terrorised his entire neighbourhood with aggressive behaviour.

In a story headlined “Another top sportsman loses it”, Noseweek related how Wisedale alienated neighbours in Haraldene Road in the Durban suburb of Glenwood by periodically hurling threats and abuse – and even the occasional rock and wine bottle – from behind his high walls and locked gate, in the midnight hours – as well as making threatening throat-slitting gestures to children when passing them in the street. He denied the rock throwing and threats to children.

Noseweek related how, on the one hand, Wisedale was a sought-after motivational speaker who had conquered Mt Everest and become the first African mountaineer to climb the  highest mountains of each of the seven continents.

On the other hand, he was a “monster” who regularly kept his neighbours awake for hours at a stretch with abusive, manic yelling. Police responded to late-night calls for help from neighbours, but each time Wisedale’s father-in-law, Peter Rowan – a senior advocate and occasional acting judge – had assured police he had the situation under control.

Noseweek also posted on its website a recording of one of Wisedale’s late-night rants.

Wisedale’s obsessive rage was directed mainly at his immediate neighbours, arising from ongoing disputes about boundary walls, and the fact that he could hear their (illegal, according to him) tenants speaking in their kitchen (at 6pm) and even occasionally having sex.

He later posted comments on Noseweek’s Facebook wall explaining: “I’m a red-headed South African with Irish blood … I get angry and I wailed from the rooftop after a few boolies … It is an isolated event…”

It was not, and long after the story appeared, he went on yet another drunken yelling spree.

It didn’t stop him from lodging a complaint with the Press Ombudsman about Noseweek’s story and a subsequent update in May last year (which had included his response).

Wisedale complained that both stories were defamatory and unbalanced, and objected to Noseweek referring to him as being “psychotic,”  “manic” and being under criminal investigation. He also argued that the story had not been verified with his neighbours, that he had not been given a reasonable right of reply and that the recording published on the Noseweek website had been tampered with.

Following Wisedale’s complaints, the Press Ombudsman found on September 18 last year that there were only minor errors in the Noseweek reports and that, in substance, they were correct and justified, but that Wisedale had not been given adequate opportunity to respond to the first story.

In his judgment, Ngoepe upheld the Press Ombudsman’s ruling.

“The story had said that at the time applicant (Wisedale) allegedly terrorised his neighbours, he had an 11-month baby and that his father-in-law twice came to calm him. Both statements were incorrect: the child was 18 months old, and the father-in-law came only once. On these two aspects, the panel again found in favour of Wisedale, and ordered a correction,” Ngoepe found.

“The rest of the complaints were dismissed, such as that the story was defamatory, unbalanced, based on rumours, etc.”

Ngoepe continued: “The crux of Wisedale’s case is that there was, firstly, collusion between the journalist concerned and some of his neighbours against him, and, secondly, that these neighbours were biased against him. The respondent (Noseweek) justified its story by saying that the applicant was alienated from his neighbours (as a result of his conduct); they feared for their own safety and that of their children because of his threatening gestures. It said it had spoken with many of applicant’s professional neighbours; that his neighbours had concluded that he was a binge drinker and that alcohol was the trigger of his psychotic behaviour.

“Respondent also established that the police had opened investigations against applicant. While some details might have been incorrect, they were not material enough to render the story inaccurate.”

Ngoepe said that in support of his application for leave to appeal, Wisedale had filed submissions “covering several pages, going into some details, often repeating the same points again and again.

“It took unusually long to go through these several pages of what was in effect a full and detailed written argument, as opposed to mere grounds of appeal.

“I do not see any collusion as alleged by applicant. I do not think that the journalist could have been able to persuade all these people to gang up with him against applicant; one does not see any reason why. The allegation seems far-fetched. As for bias on the part of the neighbours, I must state that I have taken time to carefully go through the massive documentation submitted. There are so many detailed reports by different people made at different points in time, that the allegations against applicant can hardly have been inventions; one of the people relates how applicant spewed out profanities. It is hard to imagine that so many people can all conspire to lie against applicant. As the panel correctly observed, those of applicant’s neighbours who supported the applicant restricted themselves, in their statements, to only saying that he did not throw any missiles; they did not deny other allegations that he was a nuisance. I do not agree with the applicant’s argument that the panel failed to weigh up the evidence in its true context. I therefore agree with the panel that the first story was justified. Of course as regards the second, the panel, correctly, found that it was substantially the same as the first one and once the latter was found to be justified, it followed that so too was the second one.”

Ngoepe also found no basis for Wisedale’s criticism of the way the panel dealt with his matter.

“He also alleged that the journalist (Noseweek editor Martin Welz), a qualified lawyer who represented himself, “took full advantage of (his) insight (as a lawyer) and customised his strategy and responses to optimise his presentation. Assuming that this was true, there would be nothing wrong in the journalist putting to good use his knowledge and skills in presenting his own case,” said Ngoepe.

On Wisedale’s criticism that the panel did not give him the opportunity to present his case: “Again, there is nothing to support this; in any event, applicant did not raise this with the panel. In fact, he did not raise any of these complaints with the panel during the hearing; on the contrary, it appears from his submissions in support of his application for leave to appeal, that the issues he is now raising only came to his mind after he had long left the hearing; in other words, they were an afterthought. “

Ngoepe said he was of the view that Wisedale would have no reasonable prospects of success before the Appeals Panel if leave to appeal were granted to him. 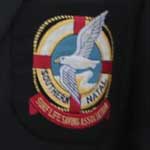 ► Only days after the Press Council hearings in August, there were two more incidents of Wisedale shouting in the midnight hours, recorded by various neighbours.

Events came to a head on Sunday, 25 August, when Wisedale, driving his SUV, deliberately rammed his neighbour’s gate in the servitude lane used by various neighbours.

Police arrived and arrested him after he attempted a drunken escape from the scene.

He appeared in the Durban Magistrate’s Court the following day on several charges, including drunken driving, malicious damage to property, indecent exposure and causing a public disturbance. The hearing was postponed to 28 February for trial.

► Wisedale has reportedly sold his house in Haraldene Rd and is said to be moving out of the neighbourhood in a few months’ time.