Rough diamond. A stale old metaphor, that, but it’s what they called my old mom and it was pretty apt, though I’m not too sure about the diamond bit. Maybe agate, even flint, like a Neanderthal hand-axe. In fact it occurred to me quite early on, that the old girl might very well be a Neanderthal.

Then suddenly Whoa-gaai! There in certain remote corners of certain caves various scientific-ologists find certain human remains sweetly curled up with nicely braided hair and flowers and many tokens of love, also musical instruments, flutes and tinkly things and percussion things all made of bone with tools of some precision, and the scientific community takes over from the media mongers and presents a new view of these folks. The -ologists measure the brain-cases of all skulls and find they are on average 13% bigger than H. sapiens’. Then Madame Tussaud’s puts on a show “The Neander Family at Home”, and I bloody nigh spill my tea when I see it on the TV. There they all are, quite skilfully clothed in skins, hair nicely done with a bone comb, the kids too cute, there is the Great Neanderthal Schnoz on young and old, a warming device for ice-age air entering the headbone. And there… there in the flesh in the wax is…is… my ma! The Old Girl herself!

Well, all that is background to her story. The stage is set. It is a deathbed scene, Addington Hospital, Durban, an august and highly professional teaching hospital back in 1974. Here sit my sister and I, waiting, hour after hour, mindlessly watching the grim swollen body and skinny limbs of the Old Girl, mindlessly monitoring the shallow breathing. Silent. What is there to talk about? Her eyes are closed, she is full of easeful medication. I wonder if she’s thinking at all or just easefully asleep. Towards sunset a monitoring team comes by: a pompous old supervisor doctor with a neat white beard and a clipboard, two young novice intern doctors, the ward sister plus a couple of ward nurses on standby. They examine the chart at the foot of the bed. They make with their ballpoints. They whisper. The OG feebly opens her eyes. After a bit she faintly beckons to one of the novice docs, a handsome young Jewish fellow name of Weber with curly hair. He comes to her, she beckons him close to her lips. Will you marry me? says she.

This is so sudden, says he, I will need time to think about it. We don’t have any time, Sweetheart, says the OG, ask that old bugger with the clipboard to do it now. You mean like the captain of a ship? Ja, says she, and feebly closes her eyes. Supervisor with clipboard beckons Dr Weber to one side. You should realise, says he, if you want to get on in your career as doctor you should not stand about making facetious jokes with dying patients. The ethics of our profession make clear that the doctor’s duty at the time of death is to put the patient’s mind at ease, to calm the patient mentally where appropriate medication has put her or him physically at ease.  He writes with his ballpoint on the clipboard. Something appropriate in a certain square of a questionnaire.

Round about midnight and it’s over. She missed the New Year by a day. 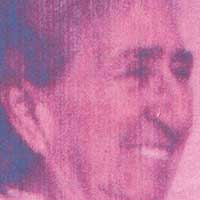 A nurse gives us each a Valium with a glass of water and we’re off for some desperate sleep. The morrow is bright and chirpy and I’m off to the Bottlestore Galactica for something nice, then off to Addington. Down a lesser corridor is a small office with DR WEBER on the door, I enter with a small knock, and there sits Dr Weber at a small table, silently staring at a bare wall. He slowly rises, his face aghast; more complaints, more trouble, more shit, says his body language.

The last words my mother spoke, say I, were that I should buy for you a bottle of good Scotch, and you can’t get more Scotch than this. I take from my bag a presentation bottle of Glenfiddich, its sleeve cheerily decorated with the Hunting Stuart tartan, and there on a curly banner in curly writing it says LANG MAY YEER LUM REEK. Long may your chimney smoke. Happy 1975, say I. Dr Weber’s smile stretches ear to ear. What a celebration! says he. Yes, say I, you almost became my father.