It’s the late seventies, see, and I’m neither in prison nor under house arrest, nor even banned. Banning is when the Minister of Justice decides you’re a no-good sonofabitch and consequently you’re not allowed to have social intercourse with anybody whomsoever except your family. A certain police officer name of Wessels had come to me way back with a typed ministerial notice and a ballpoint for me to sign it, and I’d read this thing carefully and said Hey Meneer Wessels, what is social intercourse? Men Herrilt, said he, it’s when they don’t do it for money.

But that’s in the past and now I’m off with wife and tadpoles for Christmas Day on the Durban-Cape Town train with one of those bloody great Glasgow-built blasting shrieking 15F 4-8-2 steam locomotives to haul us on our way once we’re out of the rugged hills of Natal. What technological wonder, what romance! And we’re all cranked up and having a last cuppa before setting out for the station, Christmas Eve, when a cheerful young stranger appears: Neil, 18-or-so, son of me ol’ boep china Ben Turok, and he’s come from family exile to experience 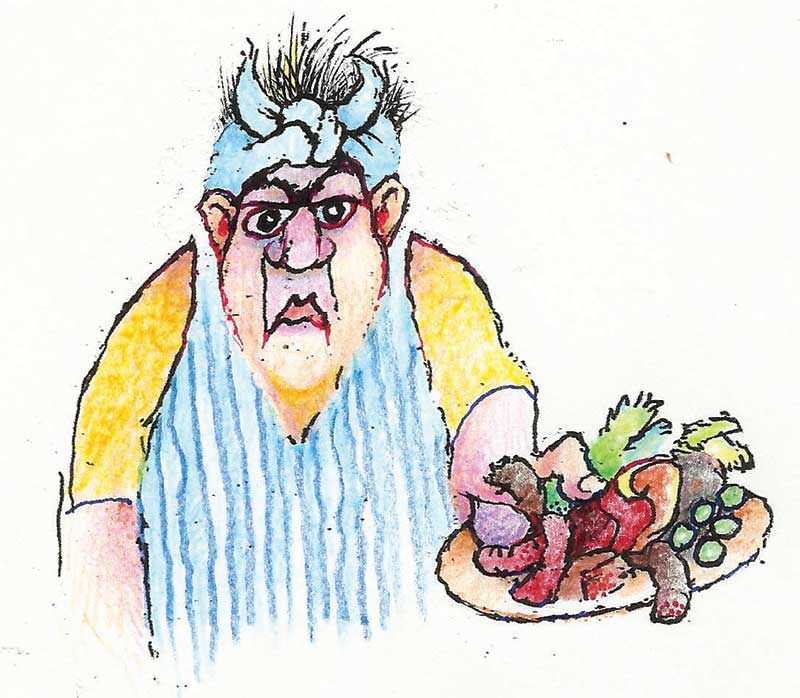 the country of his birth. Ha! no problem with accommodation, we are a family of four and there are six bunks in our booked compartment, so if he comes along he can mos buy a ticket at the station. And we’re off! A merry band we, my pubescent daughter is instantly in love with Neil and my son thinks he’s the greatest thing since Tintin. We cosy up in our railway beds to the clickety-clack. In the morning a steward brings us railway coffee, the train stops and we look out of the windows, and – Where are we this Christmas day? Why, Bethlehem, of course.

It takes little time to detach the genteel electric locos from the train, but the seething steam beast has been consuming coal for two hours waiting for us, and now has to be clinkered out before attachment. The clock ticks, we kick our heels, a loudspeaker informs us that the railway restaurant has a Christmas breakfast awaiting us if we so desire. We do desire, we enter, up on a black pegboard with click-in white plastic letters it says: Plate of Food R15, Large Plate of Food R25. A big auntie in an apron stands before us. Morning, says Neil, er, what is the food? Breakfast, says Auntie. Ah yes of course, says Neil, graciously, but, er, what is the breakfast? Auntie sneers, We not going to poison you, you know, we been going 15 years and nobody died yet. Aah, says Neil in the most mannerly British manner, I see, well... I think I’ll have the Large Plate of Food, please.

But I digress. The subject here is my problem with the Big Bang idea. Way back in the ’60s along with Fred Hoyle and Chandra Wickramasinghe I got stuck with the stigma of intellectual dud because I saw it as excitable bullshit. You see there was this handsome ou, Hubble, who had bloody big telescope, and he’d noticed that distant stars looked reddish; the more distant the more red. When a motorbike goes past RRRrrrrrr, the pitch of the exhaust noise drops because the wavelength of sound is attenuated, that’s the Doppler Effect, and it’s the same effect with light shifting towards the red end of the spectrum, its wavelength also has been attenuated. So if the universe is expanding, at the outset it must have started as a mathematical point of no size, a singularity according to Euclid, the big bang.

Yes but a point of any size, or none, has to exist at some position in space/time, and before this bang there was no space and no time. Only somebody called God could have made it otherwise, so if you want to believe this bullshit move over to superstition, bru, and leave reason to the scientists. But okay, now the universe has arrived, teenyweeny, it’s all energy but in the interval of 10-35 of a second to 10-27 of a second most of it turns to mass and a good whack of energy is left over. Neat. Now all this lot expands like anything. Into what? There’s no space outside the universe, by definition it’s everything. 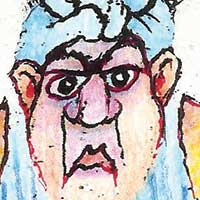 Anyway, your ruler for measuring it is part of the universe, so it too is expanding and the result is zero expansion. Then there’s this apparatus for measuring the pressure that is squeezing the universe outwards, but itself is subject to outward squeeze so it’s not measuring anything either.

Then, suddenly came Dark Matter. Now comes the big one: Dark Energy. And what we know about this lot is boggerol. As long as they’re there, the Doppler Effect can be coming from somewhere quite outside of conventional physics. Indeed the argument for the Big Bang seems a bit sort of, classical. You know... Isaac Newton. But now there’s young Neil to the rescue! Well, a bit middle-aged these days, but so top-notch in physics he can take on großmeister Hawking, and anyway I reckon if he understood Large Plate of Food at age 18, he should understand the universe by now. Everything.