The old South Africa lacked career eunuchs, but in many other respects it resembled pre-revolutionary China. While Victoria queened it in Britain, Empress Dowager Cixi (the biography is rightly sub-titled The Concubine Who Launched Modern China) ruled the isolated Middle Kingdom.

Historians have been unkind to Cixi. She was blamed for practically everything that ailed the birth of a new China. In truth, it seems, she fought bravely to bring a medieval society out of ancient darkness. 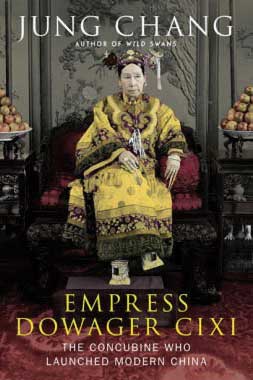 a. Isolated by tradition-bound rulers, China had become dangerously vulnerable to exploitation by developed  neighbours and foreign business interests.

Cixi, daughter of a middle class family, had been brought to the royal court by a kind of lottery, not unlike the annual Swazi reed dance, where the emperor was expected to choose a selection of young women to refresh his harem. She had the good luck to present him with a male heir but, as a mere woman, was excluded from a power role.

Author Jung Chang has the rare gift of explaining a tale of Byzantine complication with cool patience. Her research confounds prejudice against Cixi with fascinating research into the life and times of a remarkable subject. Readers may well be tempted to kow-tow to the memory of the brilliant and courageous survivor who surmounted extraordinary odds – only to be reviled by tendentious recorders of the times.

Cixi attained power because the rulers were frozen in rituals based on academic Confucianism. While the modern world was exploding with invention and energy, China lived in the past – which excited the territorial ambitions of go-go neighbours like the Japanese. Soon the developed world entered the fray and seized profitable bits of the most populous country in the world. The emperor and his court sighed, uttered aphorisms and indulged in calligraphy.

Cixi, moving cunningly in a supremely misogynist society (initially she had to conduct audiences from behind a silk screen), she managed to launch modernity in a deeply suspicious society.

Go West, young man, was her cry. Tremulous students were dispatched to thriving Western economies to learn and return with knowledge. Despite anti-colonial wars with rich and advanced foreigners, who seized valuable chunks of Chinese coastline, she persevered with astonishing drive to develop China.

Despite living in dreamlike splendour, with hordes of eunuch slaves, she maintained a fierce understanding of the truth; China had to catch up or be destroyed. And unrealistic academic and philosophic snobs be damned.

She even tried to ease the lives of the eunuchs who served as palace slaves. But they set up a weeping campaign when she tried to free them. She did, however, manage to introduce the telegraph and railways. Even then, there were many who tried to stop trains with their bare hands, in case the noisy and dirty machines should profane ancestral tombs and graveyards en route to barbarous distant places.

The first train in China was delivered to the Summer Palace as a gift from a conglomerate of Europeans who rightly foresaw profits if they were allowed to set up railway systems. This pretty puffer travelled on a 3km track, which gives some notion of the extent of the royal park in the middle of Beijing. After a single royal ride, it was mothballed, except for display to visitors. Eunuchs would then trundle it along, by pulling the locomotive with long yellow silk scarves. So practical. No mess. 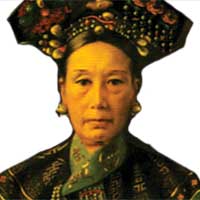 Despite her reservations about the royal reliance on philosophy to counter life’s little problems, the redoubtable empress did not limit herself to material interests. She painted (and retained painters, including an American female artist), bred dogs, fed birds of all descriptions, and cultivated exotic plants.

Clearly, her determination to bring China into the modern world did not mean she wished to destroy the pride and accomplishments of her country.

It takes courage, humility and imagination to defy the fogies who depend on local tribalism for their authority, at the cost of national advancement. Her Majesty would have been proud of China today. But she would always encourage improvement.