Retired SA Navy Captain Teboho Tommy Molotsi has emerged the victor in a hugely unequal court battle with Absa  Bank, who wanted to repossess his home.

Acting Judge G Shakoane of the South Gauteng High Court handed down a landmark judgment on September 30, in which he dismissed Absa’s application to seize Molotsi’s house for alleged non-repayment of a mortgage debt.

And the bank was ordered to pay costs, which included the expense of various earlier court postponements when, one after another, Molotsi’s attorneys abandoned him midstream, declaring that representing him compromised their relationship with the bank. [See Editorial on this recurring scandal. – Ed.]

Towards the end of the matter, at the final hearings in March this year, Molotsi appeared unrepresented by lawyers.

The case against Molotsi was instigated in 2010 when, based on a mere statement of indebtedness by a bank official – a long-standing practice that has seen many, usually poor, people lose their homes on falsely claimed debt amounts – the court granted judgment by default against Molotsi.

As in so many cases, he had in fact not received notice of the summons, so did not appear in court on the appointed day to challenge the bank’s case.

Immediately he learned of it, Molotsi briefed an attorney and succeeded in getting the judgment rescinded and the case proceeded then on an opposed basis.

Molotsi’s story was reported in nose167. In summary: Molotsi took early retirement in November 2008 and used his provident fund payout to settle all his debts, including the full outstanding amount on his home loan account with Absa.

Two significant things happened shortly afterwards: Absa told Molotsi that, unaccountably, it would take months for them to return his title deed. (To date they have not done so.) Then on one of the many days when he called the bank to inquire about the title deed, the bank consultant, Elize van Jaarsveld, gave him the unexpected news that he was entitled to a rebate of R90,000 for early settlement of his bond.

But three months later he received the first nasty letter from Absa demanding that he settle outstanding arrears on his bond account. And so the saga began.

The rest of the story emerges from Judge Shakoane’s written judgment:

Having noted this, the judge nevertheless proceeded to assess the merits of the bank’s case – and found them dismally wanting. In his words, he found the bank’s evidence to be “contradictory or showing of confusion, not substantiated by any tangible, credible and/or acceptable evidence or explanation and, therefore, untenable.

“The [bank’s] records have gone ‘somewhat awry’, such that what was said by one consultant is not known by another consultant and/or the records section of the applicant. The respondent can certainly not be made the victim of these problems on the part of the applicant.”

Molotsi’s claim that the payment of R137,063.58 he had made to Absa in November 2008 was in settlement of his mortgage, Absa had not only admitted – or rather, not denied. This was confirmed by the fact that, from November 2008 until the date of the institution of court proceedings years later, Molotsi had received no bank statements or other correspondence regarding the bond. This too had not been disputed by Absa. “In fact, the bank did not even attempt to deal with this allegation in its replying affidavits,” the judge said.

Molotsi’s explanation for the two direct transfers totalling R90,000 that Absa made several months later to his Capitec account, was that an Absa official had told him it was a rebate for early settlement of his bond, the judge found entirely credible, particularly since the bank had made no effort to tender contradictory evidence on this point.

When it came to the amount that Absa claimed it was still owed by Molotsi, the judge said the bank’s evidence “did not make sense, or was simply self-defeating”.

[The judge’s analysis of different figures presented by the bank in various documents in support of its claims, is itself confused and incorrect, but this does not detract from the merits of the judgment.

Noseweek’s careful audit of the figures reveals only one disturbing fact: Absa was charging Molotsi close on 50% interest per year on the fresh amounts it advanced him after he had settled his bond – without any formal agreement having been concluded and without any Fica requirements having been met by the bank.

No wonder they were reluctant to provide the court with a detailed accounting! – Ed.] 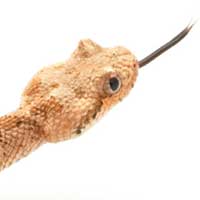 that, as a credit provider in terms of the National Credit Act, the bank was not entitled to deprive the respondent, Molotsi, as a consumer, of his protection in terms of the Act, or the protection afforded him by section 26 of the Constitution.

In short, the money advanced to Molotsi as a “rebate” was in any event not covered by the mortgage that existed to cover a loan that had been settled in full. Absa could not prove otherwise.

The judge’s ruling was short and sweet: “The bank’s application therefore stands to be dismissed.”

A very emotional, overjoyed Molotsi immediately called to give his thanks to both Noseweek and our readers for their moral support.

Absa’s communication office, which appeared to have been reading from a different judgment, said: “Absa is studying the judgment in this matter and will take a firm view as to its intended course of action shortly. In the interim, we can confirm that neither the judgment, nor the Respondent’s opposing papers suggest impropriety on the part of Absa staff.”