Fearful of revolutionary chaos in 1994, many South Africans stashed away candles and canned tuna. They might be interested to know of comparable alarms in the Russia of 1914, and the very different outcome in the embrace of the Bolsheviks. 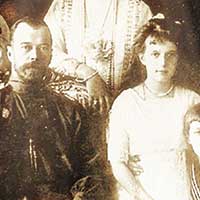 ast Days of the Russian Aristocracy, but it ranges across a much wider historical landscape than the cruel fate of a particular social class. Smith notes, without exaggeration, that Russia entered a period of unprecedented savagery and bloodshed in 1914, suffering four years of world war, two revolutions and three more years of civil war and famine. Ten million died. In 1921 an uneasy semblance of calm descended. The Stalin monster had yet to squeeze even more blood out of Mother Russia.

The officer corps died in their thousands in the WWI struggle against Germany, and millions of ordinary soldiers were killed or wounded. Many aristocratic women set up military hospitals and other supportive organisations. Author Vladimir Nabokov’s mother, who funded a clinic for the wounded, remarked prophetically that she could not see these efforts as anything more than “the ineffectiveness of part-time compassion”.

Nothing the aristocracy might do at that stage could stem the seething rage of the serfs against their traditional overlords.

Lenin (who was, surprisingly, of noble lineage) had cynically welcomed the war as a distraction for the minds of the poor while the Bolsheviks wrestled with the terrifying problems of planning a new Russia.

But it seemed that the revolutionary government had little to offer the starving masses except the incitement of hatred against the gentry. Goaded by the Bolsheviks, the peasantry ravaged vast country estates, and stripped the mansions and their contents. Famine walked the land. In the cities, the secret police festered.

At the time of South Africa’s regime change, a Chinese diplomat was reported to have commented that he hoped the ANC would have the good sense to retain the skills of the educated classes.

Lenin and his cohorts thought otherwise. They believed that those who were privileged in the past should be destroyed, root and branch. The aristos were not even permitted bread rations, like the rest of the population. The astonishingly authoritarian socialists invented an elaborate set of draconian laws that allowed the authorities to exercise powers of life and death for petty “crimes”. Possession of a foxtrot dance gramaphone recording could result in a ten-year sentence of banishment to Siberia. Citizens were shot, out of hand, for disobedience. Minority groups, including Jews, were preyed on.

There was obviously an inevitability to the sufferings of the French-speaking nobility. They were out of touch with their Russian-speaking compatriots. Many had brooded on the likelihood of revolutionary revenge, knowing their excesses could not continue. And the dithering of an ineffectual Tsar Nicholas II merely accelerated the process of change.

But the official Bolshevik attitude was barbaric. Children were abandoned to starve on the streets when parents were arrested, and endless viciousness encouraged. The Former People families were deliberately torn apart. Communication with prisoners in Siberia was often forbidden by the corrupt courts. Horror stories of miserable and lonely deaths abound in this thoroughly researched tale.

South Africans of all colours and creeds will forever owe Nelson Mandela an enormous debt for his enlightened and principled governance. We are extremely fortunate to have had his guidance at a crucial revolutionary time. And for the future. We hope.