Peace. In our time

It greatly pleased me when Moses Mabhida got a football stadium for posthumous reward in 2010 rather than another bloody street name or statue, a monument to death itself after a generation-or-so because nobody knows nor cares a hoot who this fellow was. Well, a likeable fellow this one was. Powerful, friendly. If he hadn’t died ju-u-ust too early he might well have become president and instead of the interminable cock-up that has become our national anthem we’d be the only nation in the world to have an anthem of only two words: Hurrah! Goal! 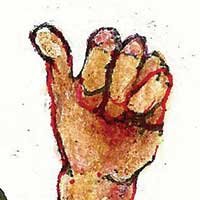 I mean, you could play it entirely on the vuvuzela. A horrible instrument, but a sight better than the horror of seeing two international teams lined up before the Big Match, hands over their hearts and their lips opening and shutting soundlessly as we grind through a whole list of orchestrated bullshit about ox-wagon tracks in the veld and living and dying for such in Afrikaans, then we have to live and die all over again in English, whereafter we have to call on somebody called God to bless Africa in esiZulu, and that’s not the end of it. We have to do it all again in our visitors’ Uzbekistan language or what, and by this time the players are dropping faint like soldiers on a parade ground.The trouble is, as soon as I start composing a new anthem my mind goes obsessively to the new one Spike Milligan composed for Australia back in the eighties. It went like this:

We think of you each morning and in the evening too,

We even wake up at midnight so that we can think of you.

The kidneys, the liver and the giblets too. And every other part.

Alas, he lost out in the competition. Instead, a piece of dinkum down-underist poesy won the day, called

Australians all let us rejoice

For we are young and free,

Our home is girt by sea.

Followed by ±50 more lines of same.

But I digress; Australian culture is not my concern. I need an African anthem, music and words. I can’t think of any place outside of Africa where any coming together of its peoples almost always ends up with singing and communal dancing. Common folks do it. Important people in suits and ties do it. Academics do it at graduation ceremonies. When our Zulu students have done with Gaudeamus Igitur in Latin, it’s the old rhythmic swaying and a freedom song about Steve Biko, for this is his campus in Durbs. I am invited to join in, I am a guest on the podium, and comes to mind Moses Mabhida on a podium at the Currie’s Fountain sports ground in the ’50s. A stocky man, he, with a good Zulu belly and bum, his thumbs hooked in the belt below this belly and a matchstick between his teeth to chew on as he spoke. And smiling. 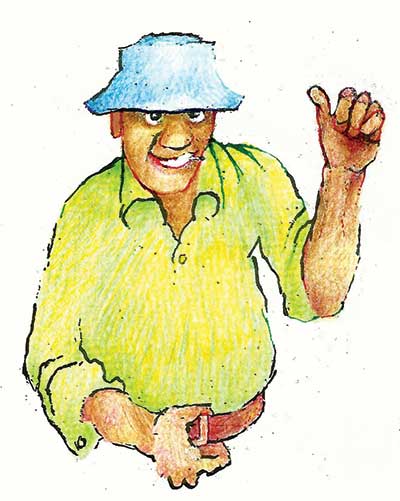 Let no one tell you the secretary general of a communist party has got to be a glum murderous Stalin. Albert Luthuli, inkosi, traditionalist, Christian, had said “I have joined my people in the new spirit that moves them today, the spirit that revolts openly against injustice”, that was enough for Mabhida and they became struggle comrades. Up on the podium he chewed on his match and did a caricature of Luthuli saying this thing, and the many thousands of people at the Fountain burst into laughter and rhythmic swaying and singing: “We will not relent, even though we are imprisoned, only give us freedom...” in full Zulu harmony; deep, solemn, it causes the hairs to rise on your neck. I saw him do something similar as interpreter to an earnest young university bloke from the Liberal Party, vrek-scared in front of a great mengelmoes of black industrial proles, teachers, garden boys, kitchen boys, old men with prostate problems kneeling down on the grass and all the dancers and singers looking away according to custom because they knew he was doing a pee and chucking in a joke now and again. Seemed his device was to laugh with his allies but never at them. To waste goodwill was the worst of Stalin’s crimes.

Well I don’t do eulogies, and this is not one about Comrade Mo. I simply struggle for an anthem that is not the dismal doggerel of Germany Above All or God Save Queenie bleedin Saxe-Coburg und Gotha. Oops I mean Windsor. It’s hard to imagine such dism coming from the sprightly Josef Haydn. I dare say The Marseillaise is the best for music; challenging, heroic, but way back in Union days somebody tried a crib of that in Die Stem and that came out all dismal too. It’s the music that’s the problem, you see, words I have from Mo himself. The words I have in mind are those farewell of our Moses before being sent abroad to stir it up. They go like this: