Burning ambition.  When the F-word stands for farming

It’s been a trying few weeks for this New York City-bred boy toiling away in rural Mpumalanga – the Mzansi government has allocated the recapitalisation funds for some of our farms. And if we thought it was going to be all roses and happy-go-lucky with the millions in our bank accounts, boy, were we wrong. It’s tough.

First, we set about cleaning up the hectares, all 67 of them, but the tractors keep breaking down, shit! We fix them. Then, the labourers can’t speak English and my SiSwati is limited. I yell, I shout, and the only response is that I’m looked at like a fool. I hire a translator who pisses me off because he says I’m yelling too much so the guys can’t understand what I’m saying.

Yes, I am yelling (in English) f*** this f*** that. The guys are just looking at me as though I’m some madman. At the same time I have Rural Development and Land Reform officials on my case. Do I need this kak? But I love working on the land…

My man Sibiya, who has been with me for three years and knows farming like the back of his hand, is burning some of the fields. I go ballistic.

What the f***! are you doing, I yell, we’re supposed to turn the soil so the grass acts as a nutrient. He says, no way, we are suppose to burn first, then we turn the soil. I say, you’re fired. He says he quits. My translator takes me aside and says, Bheki, you are wrong, this man knows what he’s doing. I swallow my pride and apologise to Sibiya. 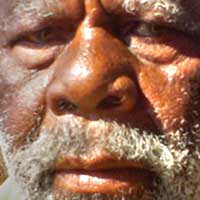 At the same time I had given instructions to another labourer to cut up dead trees into firewood. He tells me the chain saw’s not working. I’m like, f*** you, the chain saw is brand spanking new. He insists it’s not working. I say, bring the thing to me. In two seconds I have it working. I’m like, what the f*** are you on about? Only to discover that the contractor I hired for the farm clean-up has not paid these guys.

So, I ask him, What’s your problem? Immediately there’s that language problem – this guy is such a Shangaan I don’t have a hope of communicating; my English and his Shangaan just clash. But I know some school Spanish, so I ask him to speak Portuguese – similar enough for us to communicate.

He starts up the chain saw and I say to him, I want these dead trees cut down. He says, he’s hungry. Oh shit! What? We haven’t been paid, he says.

I go ballistic. I call the contractor, hey asshole, pay these f***ing people. Bheki, he says, I don’t have money right now. What? I paid you 30 grand cash only two weeks ago!

In reply I get some sob story about his mother dying. He got me there. I was close to his mom, liked her very much, so I say, OK we’ll make a plan. I instruct him to go to the bloody bakkie, take out money from the ash tray and pay the Shangaan chap about R100. At last he’s happy and he gets to work with the chain saw, but I’m still pissed off. Translator grabs me and says, Come on, let’s go, we’ll come back later; you’re too angry now.

Next problem: the day before, I had taken 78-year-old Luis Langa to the offices of human rights lawyer Richard Spoor. The old man wanted his pay-out from an asbestos-mining class action.

Richard says to me, Bheki, this was not my case. Oh shit! say I. Says Richard: But maybe I can help, I know the firm that handled this. He instructs me to get an X-ray of the old man done and we will take it from there.

I take old man Langa to the local clinic. The doctor, who happens to be a friend, writes a diagnosis that I can’t bloody read. I’m like, what the f**** is this? I can’t read this, forget about the old man reading it, anyway, he’s illiterate – and hungry.

On the way back from Spoor’s office we stop for some fast junk food.

“I’d like a Big Mac please.” My assistant asks, What’s a Big Mac and I’m like, I-don’t-need-this-right-now, it’s a burger. Just trust me and take it. There’s also the old man in the back. OK Baba, what for you?

“I don’t want anything.”

I ordered the old man a plain burger with fries, er chips.

Anyway, now I am stuck with the old man too, while also putting my efforts into getting the farm going. Life can be tough trying to be a helpful journalist and a successful farmer at the same time. But hey, I love the land – especially the monkeys that sit there and stare at me as I yell. I think they’re learning to say, f *** this and f*** that.

As the late J F Kennedy Jnr said before his unfortunate plunge in his private plane into the waters of Long Island Sound: “George magazine* is what I signed up for and I have to see it through”.

I signed up for this farm thing and have to see it through, my journalism, the old man and all!