Catch me if you can

Liquidators confess they made a tiny (R2m) mistake.

A year ago, as reported in nose152, Cape Town liquidator Chris van Zyl and his fellow liquidators of Asch Professional Services, Natasha Sansom and Rene-Lynne Barry-Kleynhans misappropriated R2,038,326.77 from the company’s bank account.

Asch had been put into liquidation, not for reasons of insolvency but because some of the directors no longer got on with one another. On the day that Asch was put into liquidation, it had millions of rands in the bank. Undoubtedly this is what prompted Van Zyl to rub his hands with glee, saying to Asch director Gavin Cooper, “I love money. I luuurve money. I looooove money.”

When faced with the threat of a court application, Van Zyl admitted having overcharged the Asch estate but insisted it had been a one-off error.

Well, in no time, Noseweek found another mistake – more about that later.

Noseweek had tried to obtain from the Master of the Western Cape High Court, Mrs Zureena Agulhas, a list of all matters in which her office had appointed any of the liquidation trio of Van Zyl, Sansom and Barry-Kleynhans (nose164). She was unable to assist us as, she claimed, she did not keep such a list.

(One wonders how the Master then implements the Justice Department’s policy of appointing Previously Disadvantaged Individuals as liquidators if they have incomplete records of who was appointed to what matter and when? – Ed.)

Noseweek asked the trio of liquidators themselves, using the Promotion of Access to Information Act (Paia). “Officials defy access law” (nose164) told of how our well-founded Paia request had been unlawfully refused by them.

Paia guru Jay Kruuse of the Public Service Accountability Monitor (Psam) in Grahamstown, confirmed the unlawfulness of their conduct, in that they did not have a genuine defence to the Paia request. Noseweek ended the story with a threat to take a team of investigators to the Western Cape Master’s Office to go through every single liquidation file since the beginning of 2008 to find Van Zyl’s documents. For a start, it was possible to identify 46 of his matters from a list on the Justice Department website.

When, on a Monday morning in June, we arrived at the Master’s office, it appeared they’d been expecting trouble: on the office wall was pasted a freshly printed notice: “PLEASE NOTE NO ONE IS ALLOWED TO TAKE PHOTOS OF ANY DOCUMENTS INSIDE THE FILES. INSTRUCTIONS FROM: THE MASTER OF THE HIGH COURT.” [We overcame this obstacle by removing the documents from the files and then photographing them. – Ed.]

To kick off, Noseweek randomly selected five files and, guess what, one of them contained evidence of the same sort of “overcharge” as in the Asch matter. A 20% hit rate!

The one featured here is that of Premquip International (Pty) Ltd (In Liquidation).

Liquidators are entitled to charge 1% on any monies found in the insolvent company at the date of liquidation and 10% on any money collected after that. Premquip had R79,242.48 standing to the credit of their bank accounts on that date. Van Zyl, and his joint liquidator and attorney Arthur Johannes, charged 10%, when they were only entitled to 1%.

His attorney, Adriaan Hoeben of Edward Nathan Sonnenbergs (ENS), replied on his behalf: “Both Mr van Zyl, his joint liquidator Mr Arthur Johannes and the Master overlooked an erroneous calculation of fees by virtue of the incorrect tariff having been inadvertently applied to the cash in the company’s bank accounts. In this regard it is pointed out that the liquidators’ report reflected the correct position [that the cash was pre-liquidation] and the report was distributed to creditors, members and the Master. However, the relevant clerk employed at the time in Van Zyl’s offices, incorrectly assumed [contrary to the liquidators’ report and relevant cash sheets] that the monies were recovered pursuant to a realisation [of assets] and applied the requisite 10% tariff. There was clearly no intention on the part of our client to mislead the Master, creditors or, for that matter, anybody else.”

Hoeben defended Van Zyl’s conduct: “You indicate that you intend to make allegations of fraud against Mr van Zyl as well as of theft from insolvent estates, on the basis of erroneous fee recoveries he made in the past, which errors were admitted and rectified.”

The truth – that Hoeben conveniently omits – is that ENS’s Juliette Langford wrote to the attorney acting for three former Asch directors, Gavin Cooper, Ganief Fish and Omar Jakoet, refusing in strident terms to correct the error. It was only once Van Zyl & Co received a High Court application from Cooper & Co that they “rectified” their R2,038,326.77 misappropriation and paid R111,074.85 interest on it.

Van Zyl & Co’s attitude was, and still appears to be: “Catch me if you can.”

Simply put, if Cooper & Co did not have the financial wherewithal to launch the High Court application in 2012, then these liquidators would have got away with theft, in the criminal law sense of the term.

Van Zyl sought to defend his reputation in a gratuitous affidavit in the Asch matter, by shifting the blame on to his two currently employed administrative clerks, Melissa Mitchell and Sharon Shield, and persuaded them to proffer some sort of explanation under oath. Shield told the court that she had worked for Van Zyl since 2000 and that she had prepared the cashbook.

Mitchell’s evidence was that she took Shield’s cashbook in the Asch matter and used it to draw up a ledger.

Said Shield: “It was the duty of Melissa Mitchell to draw the First Liquidation & Distribution (L&D) Account.” According to Van Zyl, “Shield was, likewise, extremely busy and at any one time was responsible for 500 different liquidation bank accounts for matters attended to by [my company] Progressive Administration.”

All the more reason why we should get to check those 500 different liquidation files.

Van Zyl obfuscates – unsuccessfully. He is at pains to avoid confronting the crucial issue relating to his signing off of L&D accounts: the fact that they are always signed off by way of an affidavit. In the Asch matter, he declared under oath that the L&D account reflected a “full and true” account of his administration of the estate. It was neither full, nor was it true.

In the Premquip matter, Van Zyl similarly took the oath, stating that: “The account annexed hereto, contains a full and true account of my administration of the estate…” It certainly wasn’t a true account. His Premquip and Asch affidavits were commissioned before Jonathan Tyfield, who describes himself as an “Accountant/Insolvency Practitioner” at Van Zyl’s firm, Progressive Administration.

Hoeben has suggested on behalf of his client what conclusion should be drawn:

“On these facts there is no basis upon which you can legitimately attribute any fraud or theft to Mr van Zyl. You will no doubt appreciate that Mr van Zyl would not jeopardise either his reputation or his career for the sum of R7,000. Reporting such allegations would constitute a breach of your professional obligations.” [It is the perhaps 3,000-plus matters in which Van Zyl (or his loyal clerks) may have overcharged that concerns us. – Ed.]

We invited him to reconsider afresh our application for access to those files: “We undertake to report accurately and truthfully in Noseweek how few/many insolvent estates have been overcharged/correctly charged/undercharged pre-liquidation fees by you.” 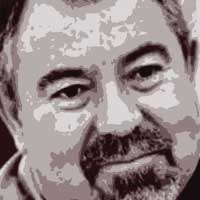 But attorney Hoeben was having none of it: “We are instructed to advise you that our client persists with his position.”

So, Van Zyl has seen fit – twice that Noseweek is aware of – to cock a snook at legislation intended to promote transparency and accountability in both public and private spheres.

• He employs incompetent clerical staff that claim 10% in fees, where only 1% is allowed;

• He disregards laws of the country that he finds inconvenient;

• He overcharges insolvent estates that have a credit bank balance on the day in which they go into liquidation;

• He is a serial perjurer. His frequent fibbing under oath in regard to L&D accounts, may, we fear, yet become legendary.