Past perfect. Times they are a-changin’

When you became sexually active in Pietermaritzburg there were two things you had to do to display your musth. First you signed on for lessons in ballroom dancing at the Fred and Ginger Academy run by a certain Miss Sybil Weatherdon who did also Bolshoi ballet, tap dancing and something called gymnastical eurythmics, a kind of pole dancing done on the floor. Then when you’d become noticed, you would borrow somebody’s car, take a chance about the driver’s licence and chug up to World’s View at midnight and there declare your profound esteem for another party who also had been F & G processed. World’s View is that great spur that sticks straight and naked into the valley belly of PMB, with the ancient rocky Voortrekker Road running straight down the middle of the prepuce, so to speak, very sentimental in an historical sort of way. It is about 2,000 feet altitude above the rest of Maritzburg, this is no mean spur I tell you comrades,

and what a symbol ek sê.

After a bit when you’d got emotionally mature and really fit from all the foxtrots, quicksteps, waltzes and tangoes, you could get together a whole lot of lightweight Drakensberg gear plus the estimable personage and hike up the Voortrekker road head on, what a challenge. Pitch your small two-place tent at the top, and on a clear night, in between rounds of unspeakable animality, you could romantically watch the glow of the Durban lighthouse sixty miles away. Three short flashes, one long one. Hell, man, suddenly you were a salty young mariner out in the dread swell of the Agulhas current, the same that had swallowed whole the 10,000-ton Waratah leaving nothing afloat, not the merest matchstick. And now distantly and dimly you’d espied the Port Natal light. Three short, one long. There was the warmth and the lights and the pretty girls and the foxtrots and waltzes and things and the safety of terra firma. It was said of the Agulhas: the more firma the less terra. You and your lusty paramour might now have a cosy giggle in your little tent.

Well the lighthouse disappeared when I wasn’t looking. I think I was in some other country for a bit, and  months after I came back I happened to glance at the bluff. I mean nobody had told me it was going to vanish, snap, just like that. I had a sense of vandalism, theft even. The insipid explanation said the lighthouse was sinking in the sea sand of the bluff and one of these days it was going to fall on somebody because it was leaning over something unnatural. Nu? Everest is leaning over too, and it’s getting higher by 5cm per year and bits fall off it all the time. If you don’t want to get squashed by rocks or falling lighthouses the secret is not to stand below them. But they knocked down the dear old thing and declared the bluff a military Sperrgebiet, now no lovers are allowed to go there, so why not just call our lighthouse a historical heritage monument place and stick up a notice telling soldier-boys not to stand where it might fall on them?

Of course they suddenly found the bluff is not sea sand after all, it’s sandstone, so they could build on it a thing the height of a thirty-storey building but it’s not going to sink out of sight nor fall on any hypothetical passer-by so that’s okay. It has a proper red light on top for passing airliners, otherwise no lights. A pre-recorded voice says good evening to passing sailors and tells them to beware, they are about to run aground at the bathing beach. But one must not be old and stuffy, keep up with the times, and anyway at the front end of the bluff there’s that mighty breakwater, the South Pier, on this stood a double set of railway lines and on these rails stood a mighty steam gantry crane of Edwardian design, which with ease could lift a 20-ton concrete block and place it where best it could defy the Agulhas. So we still had a fine working, chuffing, smoking, clanking dear old historical heritage monument to symbolise our dear old Port Natal. 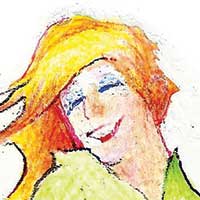 And lo, one morning I am down there with a bunch of barracuda-anglers when the crane driver blows his whistle to show his steam is up and he’s ready to roll, only today he’s not handling the 20-ton blocks, he’s handling the new-type concrete dolosse which interlock randomly. They’re only 12 tons each so he takes two at a time which makes a total of 24 tons, of course, and as the gantry swings over the water he reels the dolosse to the very end and the whole huge crane tips gently over into the water. The driver is trapped, they call in a SAAF Alouette helicopter to rescue him. It takes a whole year to cut up the crane with oxy-acetylene and sell it for scrap. So now I’ve shifted my sentiments and my dedications to my dear old Air Force. Our City Council is turning the whole bluff and harbour entrance into another bloody Waterfront Feature for tourists, like Cape Town and Sydney and Copenhagen, you name it and they can keep it.

Pity about the barracuda angling though. I tell you, comrades, there’s no water in the world like the Agulhas for game fishing, that’s for sure.