Hope Springs. Despite the rain falling mainly on my parade.

Talk about raining on my parade. No wonder I sometimes hate the rainy season in this here Mzansi – and I’m supposed to be an emerging farmer! What gives? Well that’s because it makes a muddy mess of my farm access road.

Anyway, back to my joie de vivre before it just got so heavily rained upon. And I do not mean the English, British that is, use of the phrase joie de vivre, but rather the real thing, you know the thing that sends the red stuff pumping through your veins. (And you thought I didn’t know my biology.)

My month of June started out with a pleasant light spring rain. Who would hate that?

First, I nailed a fantastic scoop when one of my sources tipped me off about a fraudster who had finally been dismissed by our Mpumalanga Department of Public Works. It was none other than that “idiot fraudster” that I told Noseweek readers about in an earlier edition; the one who built a multi-million- rand mansion for all to see while everyone knew he earned a salary of just R9,000 per month.

What made this scoop was that the decision to dismiss him was made on a Thursday following a disciplinary hearing and I was publishing the next day. So by getting the info that Thursday night meant my mighty Guardian would announce his dismissal before he was officially informed. Now that is an editor’s dream: hit them before they know it, the slimy, arrogant, thieving, nation-destroying bastards.

I left my edition material for printing that Friday morning singing “I’m walking on sunshine and man it feels good”.

However a challenge lay ahead of me just up the road from the printers in the form of everyone’s favourite government institution, the one Julius Malema would describe as a persecutor. Yes, you got it, SARS.

What I needed from SARS was a tax clearance certificate for my holding company BMD Media. And hey, this is a serious matter, without the certificate no government advertising for the Guardian. I kept saying to myself, damn it, these insensitive, heartless government “agents” would Malema my black ass if given just half a chance.

But being the sensible and understanding, patriotic son of the Mzansi soil that I am, I also said to myself, well, you recently filed your returns from 2007 to 2012, so what do you expect. So, I did not fear being Malema-ed as much as I dreaded the inevitable torture of having to wait in line for hours.

And what do you know, my sunshine kept me aloft even at this hell-on-earth government institution. I waited for no more than an hour and to my surprise my tax clearance was approved without question or any late-administration fines. I walked out humming Nkosi Sikelele – I think it’s the first time I’ve ever sung Mzansi’s national anthem. Yes I was on cloud nine, I was winning, and I had seized the day.

For the next few days, unbeknownst to many, I was the most patriotic person in this here Mzansi, even praising the leadership of Zuma – hey, somebody must have made the SARS operation more efficient. Even Malema would have to agree with me on that efficiency thing, poor bastard.

Needless to say the edition was a hit and I was looking forward to some handsome government advertising. Man I was chilling like Bob Dylan.

I’d forgotten: this is still Mzansi. Three weeks later, I got to my office at roughly 9:30pm nice and tipsy. Had my two cups of green tea to help me detox overnight and went to what I thought would be a lovely well-deserved sleep.

It was not to be. At around midnight I hear rumbling about in the office and when I investigate with my sleepy eyes and my feeling-good, nicely tipsy body, I confront two of Mzansi’s law abiding citizens helping themselves to my computers – and everything from the fridge. The office is my second home.

Normally in a situation like that one would be wise to back off and plead for your life. But I was not having it. I’ve had enough of being robbed. Call it beer muscles or stupidity but I took them on, I screamed, “No way, you are are not taking my stuff. Get the f*** out”. I fought, while yelling for our complex’s security guard who is usually asleep on the other side in one of the panel beater’s cars.

Well, I succeeded and they ran like the wild dogs they are. 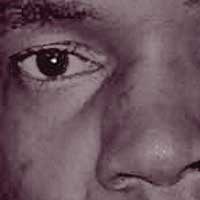 breaking the lock, and went back to sleep.

When I woke up in the morning I had a gash on my left arm that was as wide as the River Nile, an obvious defensive wound. Blood was everywhere. My goods left behind had been wrapped in cloth. Looking at their cloth packages, these guys were intent on cleaning me out.

Should I have taken such a dangerous and risky chance or just stayed under the covers and played asleep?

No way. Beer muscles or not, I am glad I fought to protect my property. The barbarians of Mzansi have proven that they could just as easily have stabbed me, probably for the pleasure of it, while I played asleep.

I am also very glad I live to tell the tale. Have I lost my faith in Mzansi? Hell no, not as long as we have an efficient SARS that can nail the Malemas, and I can be surprised by a government department firing an idiot of a fraudster.

There is a lot of hope for Mzansi.