Prepare for an emotional rollercoaster ride. She Left Me the Gun is horrifying, witty, charming – and deeply moving. The villain is a violent, alcoholic, incestuous father, the hero is his spirited eldest daughter. And it’s all true.

The hero’s journalist daughter Emma proves that – with faultless professionalism and gutsy application.

British writer Emma Brockes has done a remarkable thing. She has exorcised the ghoul who tortured her mother’s young life.  Applying formidable journalistic talents in a diligently researched investigation, she comes up with startling insights into the life and times of a blighted generation of South African poor whites. It’s heart-breaking stuff. And it’s a triumph.

Brockes (sometime British Press Awards winner for Young Journalist of the Year and Feature Writer of the Year), took the Philip Geddes Memorial Prize for Journalism while at Oxford and now writes for The Guardian’s weekend magazine, The New York Times, Vogue and much else beside. One previous book, What Would Barbra Do? tells of her love of musicals. She lives in New York.

Which is an impressive CV for the daughter of the brave, frightened and impoverished young woman who fled South Africa in 1960 after confronting her evil father in lurid court proceedings. Emma’s mum had been the eldest of seven half-siblings, eight if you include a boy who died and 10 if you count the rumour of twins. In England she eventually found love, married a lawyer and produced Emma.

Brockes dedicates the book to her father Johnny, which, given the intense focus on her quirky mother, is only fair. Father is clearly a good and patient man, who indulged his fiercely protective wife in her eccentricities.

Considering her background, the mildly odd behaviour was entirely excusable. Not that she exploited the past for sympathy. On the contrary; apart from the occasional hints of drama back in South Africa, Mum remained silent about her childhood sufferings until very nearly the end of her life.

Then, confident in the love of her daughter and husband, she permitted herself some discreet revelations. Emma the journalist realised that she owed it to Mum, and to herself, to pursue the clues. And so she did, thoroughly and professionally, as behoves a senior journalist. In Pretoria the archives revealed that Emma’s vicious grandfather had – surprise! – been a murderer, in addition to his known wicked proclivities.

Brockes’s encounters with Mum’s scattered siblings, painstakingly traced from Joburg to distant outposts, provide a lively gallery of character studies. They all remember Mum with love and respect. After all, she had taken the drastic step of having her father arrested on behalf of all of them.

Mum found succour among the English, but clearly had her reservations about that tribe. 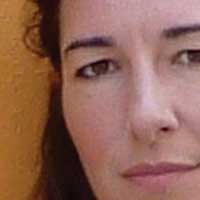 “She was imperiously English to her friends and erstwhile family in South Africa, but to me, at home, she was caustic about the English.” She said darkly that the English cooked their fruit, and feared that, if both parents should die in some catastrophe, little Emma would be dragged off to some English institution where she would be forced to eat a stewed prune. This from a woman who had borne more misery than the vast majority suffer in a lifetime.

Above all, she complained that the English never talked about anything. “Not like us,” Emma writes wryly. “We talked about everything. We talked a blue streak about the things we didn’t talk about.”

Emma has no hesitation in identifying herself as Home Counties English, tennis whites and all. But then, she lives in New York now. What would Mum have said?

The gun of the title? That would be telling.