Sad end. Death of a dream

For the life of me, there are some things I will never understand. One is the failure of people to work in harmony for the greater good. Nothing could serve as a better example of this than the Industrial Development Corporation’s pull-out from a project involving our neighbouring community of Badplaas.

This rural impoverished community has just been dealt a major blow as a result. The IDC was slated to be putting up R3.2bn for a lemon-growing venture with Coca-Cola that would have had dramatic economic impact – not least by creating 6,000 permanent jobs.

In a letter to concerned community members, the IDC said the ongoing problems of land claims and other factors had forced its hand, resulting in the unfortunate decision to pull out.  In fact, not just pull out but cancel any prospect of situating the project in this lush but highly impoverished valley. 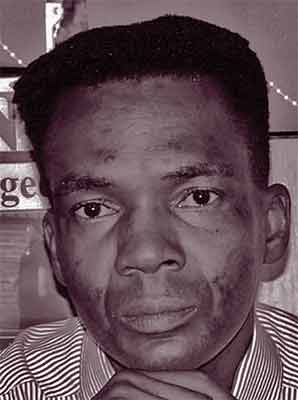 When I covered the area’s land-claims disputes between 2007 and 2009, I witnessed the desperation of people over the lack of jobs – a plight made worse by the land-claims fiasco.

Another question that does not seem to have a suitable answer, or any answer at all, is why didn’t the government – in this case, the land commission – step in to resolve these disputes?

For me, the resolution should be simple: OK, you the community trust – so and so – will have this portion of land; and you – whoever – will have that portion. All other claims are now null and void, finish and klaar.

There are times when someone must take a firm decision.

Why didn’t the politicians intervene to save this major project? Why couldn’t the various parties, land claimants, come to agreement over their land disputes in order to save the project and bring in the R3.2bn investment? Many of them are doing nothing productive with the land they’ve acquired anyway.

I am reminded of some of the poverty I saw while gathering stories in that poverty-stricken valley – like a gogo carrying a 20l bucket of water on her head, and households using home-made stoves fired up with wood.

The IDC explained its pull-out decision in great detail. This, as we know, is rare in our Mzansi, since so many such projects fall victim to the thieving actions of unscrupulous characters – be they the sons, nephews or whoever – of leaders holding the highest offices in the land, or some other shmuck.

In brief, the IDC said, “the IDC has every intention of making a project happen, but the Badplaas site has unfortunately presented too many time- consuming challenges.

“…all necessary preliminary work was completed, such as the feasibility study which included the soil study; infrastructure study; irrigation water availability study; as well as the modelling for the farm and the processing plant. The socio-economic study was also completed, however, the unfortunate result is that Badplaas is not a viable site at this stage due to these factors. Other factors include disputed land ownership among current land owners, lack of legally constituted community representative bodies, ongoing court cases and arbitration about land ownership and sales.”

Along with all these pressing land issues the IDC said the project had also been derailed due to applications for prospecting permits for silver and gold on most of the area’s earmarked properties and because of a lack of co-operation “from the Nkomati Mine, as well as Department of Mineral and Energy Affairs with regards to environmental monitoring information and possible pollution. It will therefore not be possible to currently develop a 2,000-hectare project in this area”.

Nkomati Mine? Owned of course by Mr Philanthropy himself, Patrice Motsepe of African Rainbow Minerals.

For crying out loud, how could such a group, with such a personality as Motsepe not intervene, or at the very least cooperate with the IDC?

The IDC, in closing, said it had decided not to pursue the Badplaas site further and rather look for an alternate site for the project.

“We trust that efforts to sort out the land ownership, the legality of the trusts and CPA land ownership bodies will continue to unlock the land in this valley,” wrote IDC senior specialist Johann Marshall.

The project would have gone a long way to help the community recover from devastating economic losses incurred in the early 2000s due to land restitution and land claims.

The land restitution programme saw the area’s economic base – agriculture – virtually eliminated, while the beneficiaries of said restituted land made the situation worse by failing to keep the land productive. This was exacerbated by their overlapping claims which remain a problem today. Add to this corruption whereby land was bought from farmers and sold to the government at highly inflated prices, One of the most damaging incidents was the fraudulent hijacking of a trust, the Ndwandwa Community Trust, and its 17,000 hectares. The regional land commissioner at the time paved the way for the alleged fraudsters to undertake the hijacking by combining several trusts with the original Ndwandwa Trust saying it would help speed up the restitution process. But that is a story in itself.

Already disadvantaged by the monumental mess created by the former commissioner, the historical land restitution and the land claims fiasco, the poor beneficiaries have now also lost out on the IDC’s Coca-Cola lemon project and all those jobs. What a sad end to a dream. I still can’t believe it.