I  have watched your writing with great interest. As an up-and-coming novelist I believed I had found your talent worthy of following carefully. But your merciless dissection of J M Coetzee I find thoroughly distasteful for a number of reasons.

In the early 1980s, I slogged through undergraduate English at UCT, earning no distinction whatsoever. It was, however, my privilege to have brushed past J M Coetzee as well as Dorothy Driver, who very

Dorothy was in those days known as Dorothy, John as John, Jeremy Cronin as Jeremy, Mary Simons as Mary and so forth – we were generally on informal terms with our teachers.

According to you, John made “everyone” depressed. I found myself exhilarated by his teaching. He was unlike any other professor. His learning was broad and his research went way beyond the box of the set curriculum. I walked out of his course with an altered consciousness.

Dorothy did the same: she took us through the length and breadth of African literature and showed me things I had not imagined, given the narrow-minded so-called schooling of my youth.

So Dr Coovadia: I must take you to task. In first-year philosophy, I was taught that ad hominem argumentation was reasoning that hit below the belt and that, whilst a man might be deemed fragile in terms of his personal relationship to the world, this did not necessarily render his academic achievements redundant.

John has the human right to settle in Adelaide or wherever the hell he wants. And what business is it of yours? Go then and consign yourself to teaching in a bush college if this is how a righteous man ought to behave.

Perhaps you find the atmosphere – and presumably the salary – at UCT “congenial”? Your accusation against John is contradictory; at the same time John found his position at UCT suffocating, he is supposed to have found it congenial. Perhaps the poor fellow was starving for a bit of intellectual air in a horribly constrained environment.

I know little about John’s personal life, since I have no interest in what is none of my business, but considering the women I have met who did have anything to do with him, including Dorothy, I doubt these intelligent people would put up with nonsense from any man.

You appear to imply that John ought to be friends with left-wing doctrinaire and fellow Laureate Nadine Gordimer. Maybe he just doesn’t like her? Maybe his preoccupations diverge from hers? Despite having won a Nobel prize, she is a mediocre writer.

You appear to be saying that John ought to have migrated to the more sophisticated United Kingdom, rather than following the pattern of other “well-heeled” white South African émigrés to Australia. If John is “well-heeled”, it is hardly because he came into luck by virtue of inheritance or fraud but  through sheer hard graft.

According to Noseweek, you have implied that John may have relocated because he is afraid of blacks. This is an over-simplification. Research shows that approximately 40% of South Africans – white, coloured, Indian and black – would move somewhere else supposing they had the chance.

Me, I’m scared of not only blacks, but whites, dogs, baboons, rapists, institutional thieves and murderers. If this is the “black” South Africa John is allegedly afraid of – well, then, so am I.

In my naïvety I once believed there was a place in the sun for everybody. But if this is a “black” Mzansi, well, then, by definition there is no place for anybody who has the wrong kind of pigmentation, and this is simply racism reformulated. Nothing new.

So I too am off as soon as I can arrange it. Because I can. It is not the “blackness” of the New South Africa I object to, it is incompetent governance and a security establishment so unsophisticated it cannot even guarantee a woman the right to go to sleep at night or even walk the streets by day, unmolested. And this is why I am relocating.

Regarding what John does with his money, earned honestly, I am rather hoping he gives it to a home for unwanted felines. What right do you have to tell him what to do with it?

I have other things to say. Why might John and Nadine-the-orthodox have disagreed in the past? I dimly recall a debate between them at the Baxter Theatre in Cape Town. The air was tense. Nadine thought PEN, an organisation that brought aspirant black and white novelists together, ought to be disbanded because “the time was not right” for such interaction pre some kind of revolution.

John disagreed, and probably his dispute had something to do with the possibility of bloodletting. John was evidently nervous, Nadine not so; confident in her assumption of rightness, she strode on to the stage. All John had to say after that was to comment that “politics tends to bring out the worst in people”.

It is complete rubbish to say the fact of colonialism did not affect John. The figure of Friday in his novel Foe has to be one of the most tragic I have ever met. Friday is speechless, having had his tongue cut out by slave owners. How better could one speak of the kind of barbarism which left millions dispossessed and deprived of the ability to speak for themselves?

So I doubt very much that martial law, segregated bus stops, handcuffed men in Black Marias, were sights unseen by John; or that he felt nothing about these things and that politics did not affect him. His objection always was simply to violence – an objection incidentally not shared by Nadine, one of whose forgettable novels very definitely espoused it.

I have not read John Kannemeyer’s biography [of Coetzee], as I did not have R500 to buy it. He’s dead anyway and can’t defend himself. But I have read most of Coetzee’s works. Though they are difficult, one thing a person cannot accuse him of is a lack of imagination. Diary of a Bad Year, Slow Man, Elizabeth Costello, The Childhood of Jesus – though these are liminal works and therefore incomprehensible to the hard-core materialist –  they linger in my mind long after I have read them; factors which distinguish a splendid talent from a mediocre one.

Incidentally, your books, Green Eyed Thieves and High-Low in Between, had a similar effect on me, which is why I am so disappointed in your diatribe against Coetzee. It has the unbecoming ring of envy to it.

Accusing Coetzee of being a gentleman, for enjoying cooking, of being courtly, humorous, wearing casual clothing, having charm (I admit, as a student I never quite saw this since he did appear to be quite depressed at the “congenial” environment he lived in) and of good looks – what the hell is wrong with all of these qualities? And even if he says nothing at the dinner table, it seems he is going to be crucified for what he says or what he doesn’t.

If there is one thing I find hard to digest in John’s works, it is his habit of self-flagellation. White guilt is most often referred to in disparaging terms; but what other reaction, pray, should a sensitive person have to the atrocities perpetrated on innocent people by a police state which, I very much doubt, would have been allowed in a public referendum of knowing persons?

Coetzee even considered – I think in Elizabeth Costello – immolating himself in protest against the brutality of the social order. In The Childhood of Jesus he protests again, this time at a system of state security which robs intelligent people of their right to think differently. In fact, he is always protesting. It is just that the stifling environment in which he grew up did not consent to open protest, which resulted in his works being shrouded in opacity and allusion. He has obviously just not gotten over the habit.

No wonder that John is still despairing; all cognisant human beings ought to despair at the state of the world. Some take refuge in righteousness, others in fundamentalism, or by entering into liminal states. Or in criminality. Some in writing books. 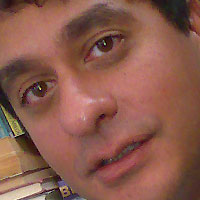 Vegetarianism is an option, but it takes a huge amount of discipline to live that way. Coetzee is one who has never been able to come to terms with carnality – and why should he? His attitude to sex may seem strange to some, and his living arrangements, but does it not take all sorts to make a world?

I am, in truth, unqualified to make these statements. I once won third prize in a competition for aspirant writers. My reward was a second-hand copy of an Agatha Christie novel.

But Coetzee did not deserve the chilly welcome he received upon his recent visit to South Africa. Nor the bland, uncomprehending reception of his early novels. When he won the Nobel prize there was a kind of stunned silence in Mzansi, and my guess would be that it was because Mzansi had never recognised his greatness, and was embarrassed as a result.

There were hardly any reviews of his works in the old days, and there are precious few these days either. I think it is because there are very few intellects capable of either reading or digesting – or even willing to entertain – his work. And that is a very sad thing.

Sabela Taylor
One day when I grow up I want to be a proper writer too. But please, save me from arrogance.