I once saw Arab dhow-builders at work on a beach just a bit up the coast from Mombasa; what a joy to see such nimble use of tools, and the whole boat joined without a single metal nail, screw or bolt to corrode in its working life. Everything dovetailed, dowelled, plugged with precision, and the tools: mallet, adze, chisel and auger. A wooden hammer, a sideways chopper, the chisel and a dinges for drilling holes. I seriously wanted to see such industry up the beach from Durban. I wondered why we’ve never had Arabs in South Africa, why they never did their slave-trading down here. Maybe the Zulus were a bit fierce, hey? Maybe wind and current?

I put all this to my young road-running pal Hamish as we pound along – there’s a test for fitness in the road-running community: if you can hold a comfortable conversation while running you’re in form for the marathon. 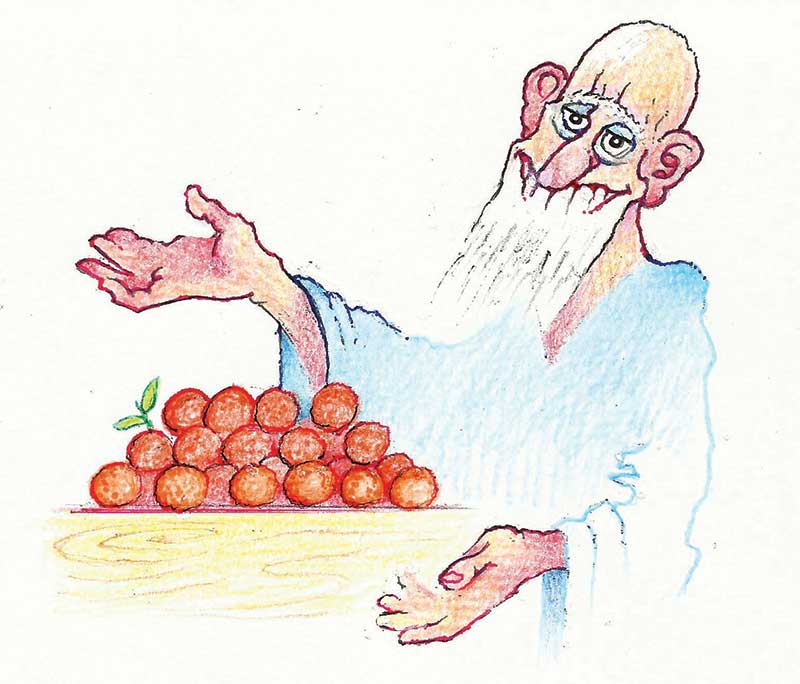 Now if you think this Hamish was a Scot you’d be dead wrong. This one was an Arab, his father and uncle owned the Arabian Fruit Orchard up near the railway station in Maritzburg, and father named his son after Ham, one of Noah’s three sons. They were Shem, Ham and Japheth, you will remember, and the descendants of Shem seized the land of Ham’s descendants, the Canaanites, and enslaved them. Then to justify this it was injected into the Hebrew story that the children of Ham were cursed with slavery – by God, no less – and were forever destined to serve their brothers Shem and Japheth. Also God smote them black, klapotz! just like that, to show how bloody stupid they were.

But hang on! Arf a mo! After a few thousand years, along comes N Bonaparte and invades Egypt where the Hamites live, and there finds art and architecture and culture quite stunning in its intelligence and its beauty, and instructs his world-top scientists to set to work and prove that the Hamites were really quite white, God regardless. Which they do, with the utmost jiggery-pokery. Then after 130 years-or- so comes A Hitler and says Bonaparte schtunk! they were not even whitish bruin-mense but white like snowflakes and ancestors of his Herrenvolk.

I don’t know, say I to Hamish, you look sort of café au lait to me. Ja, says he, it staves off the mosquitoes. Also skin cancer. In Bible times we Hamites were spread all along the right-hand-side of the southern Med and up a bit, and that’s where my old man comes from, Palestine. From a farm where they grew oranges, just outside of the village called Hallamish, that’s where I got my name. But the Shemites came and built a settlement on the farm, I mean all of it, our farm just disappeared under apartment blocks, a whole town on our land.

About this time a hand-written old- fashioned letter arrived from my uncle in Natal saying apartheid was now kaput and my father should join him and grow oranges for the Fruit Orchard in a place called Chase Valley. Ideal for citrus. My father was so the hell-in he upped anchors there and then, says Hamish, and Chase Valley is where I grew up, just outside Pietermaritzburg.

My father laid an artistic general curse on all who had turned dear old Palestine into a vile battlefield of blade wire and blockhouses and concrete walls chopping up the country for occupation and plunder. His living self would never again go there, he swore, only his funeral ashes were to be cast upon the wind in Palestine.

So eventually everything comes together. Hamish phones me in Durbs and says he seems to have his father’s corpse in his garage and how does he go about getting it burned, it’s not in his culture. We take Mr Ubaida Snr to a secular atheist Hindu corpse-place and they do a discreet job at a reasonable price and Mr Ubaida comes out in a neat little corrugated cardboard box after only half an hour-or-so. We go to a proper Muslim shop and buy a sensitive card with a quote from the Holy Q’uran in curly Arabic script and stick it on the box and pack it in Hamish’s hand luggage and he’s off to Palestine the very next day with his South African passport clutched in his hot hand.

No problem getting Mr Ubaida Snr on board the S A plane at O R Tambo, nothing but problems getting him off at Tel Aviv. On top of Hamish’s shirts and things stands the box with Arab writing on it. Stand back! cries the customs man. The junior security man hurries over, looks at Hamish’s passport. Your name is Hamas, hey! he cries. Senior Security hurries over with the resident Problems Man from the SA Embassy, name of Cohn. 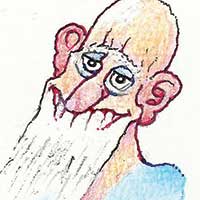 Aaah Maritzburg I know! sighs Cohn, I know your late father’s fruit shop! This parcel is kosher, he explains to Senior Security, these are the late Mr Ubaida’s ashes. S Security fumbles. Better not to take chances, a great reinforced concrete bomb-disposal vehicle grinds on stage, lights flash, sirens wail, Ubaida Snr is carried to the veld other side the runways, placed above a charge of Semtex and blasted moertoe in an ugly brown cloud of smoke.

I’ll put you on an SA-bound plane this afternoon, says Mr Cohn, for free. See if you can get a refund for your unused ticket. Sorry about your dad, Sir, and sorry about your spoiled holiday.

My dad couldn’t have been better spread over Palestine, some of him is probably right back at Hallamish, and as for the holiday, sucks, this place is a vile battlefield of blade wire and blockhouses and concrete walls chopping up people’s property.