Books: I have a (bad) dream

A doctor returned to his small town practice in California in the 1950s to find that several of his patients had become delusional. The patients believed that their friends had been replaced by identical-looking imposters. Despite the medic’s initial scepticism, after further investigation he became convinced that something sinister was afoot and the patients were right after all – their friends and family members had indeed been replaced by identical-looking aliens who were trying to take over the world. This, of course, is the plot of the 1956 screen classic, Invasion of the Body Snatchers. 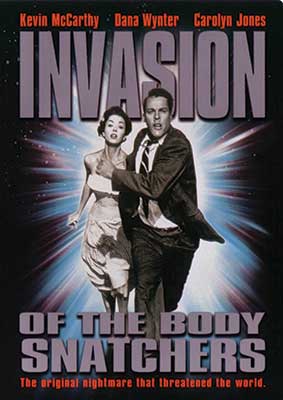 Now imagine a world in which the pharmaceutical industry has replaced your family doctor with a double who no longer relates to patients, diagnoses by numbers from a computer and dispenses drugs that patients may or may not need; and which may or may not work (the doctor doesn’t really know one way or the other). Oh yes, and the drugs may or may not have nasty side-effects, such as death. But again the doctor has no way of knowing about these because drug companies are keen on secrecy. For commercial reasons, of course.

The plot of another SF movie? Or a paranoid conspiracy theory, at least? Not according to two books published last year, which argue that this is more-or-less the state of medicine today.

Bad Pharma is Ben Goldacre’s follow-up to his best-selling Bad Science in which he excoriated homeopathy, vitamin pill pushers and snake-oil purveyors of every stripe. In his latest book, the British academic and medical doctor turns his attention to the global pharmaceutical industry, which, he argues, has perverted the practice of  “good science on an industrial scale”.

If you believe that the drugs your pharmacist dispenses are the best available for your condition, prescribed by a doctor who has weighed up the scientific evidence, and that they are manufactured by drug companies who have undertaken long, well-documented research, Goldacre will swiftly disabuse you of this notion.

In many instances, the drug companies have become the new snake-oil salesmen or, perhaps worse, the new tobacco industry (snake oil contains beneficial omega-3 fatty acids at least) as purveyors of harmful substances to an unsuspecting public, whose product – in the words of one cigarette company executive – is “doubt”.

It is now well-established, says Goldacre, that drug companies do not publish all the data surrounding their research into the pills and potions they push. Unflattering information about side-effects is buried, while negative results are massaged to make dubious drugs look hugely effective. The examples are legion.

“There is no doubt,” Goldacre says, “industry-sponsored trials give favourable results, and that is not my opinion, or a hunch from an occasional passing study. This is a very well documented problem.” Yet, he points out,  no action has been taken to fix this.

Very instructive is an example from his own practice, where he prescribed the anti-depressant Reboxetine: “I’d read the trial data before I wrote the prescription, and I found only well-designed, fair tests, with overwhelmingly positive results. It’s approved for use by the Medicines and Healthcare Products Regulatory Agency, which governs all drugs in the UK. Millions of doses are prescribed every year, around the world.”

Based on his background reading, he concluded that Reboxetine was definitely safe and effective, only to discover later that he had been misled. In 2010 a group of researchers managed to pull together all the trial data, published and unpublished, relating to the drug. Seven trials had been undertaken, but only one (the one with a positive outcome) was ever published. The other six “showed that Reboxetine was no better than a dummy sugar pill”.

Worse still, data about serious side-effects was suppressed. “As a doctor,” he concludes, “I did something which on the balance of all the evidence harmed my patient, simply because unflattering data was left unpublished.”

This is not an isolated case. “Drug-induced injuries are now the fourth- leading cause of death in hospital settings,” says psychiatrist Dr David Healy. “They are possibly the greatest single source of disability in the developed world.” 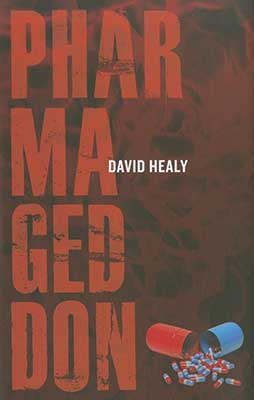 Healy, Professor in Psychological Medicine at Cardiff University School of Medicine, Wales, is a practising psychiatrist and an authority on the history of psychopharmacology. His particular interest in the impact of trials and psychotropic drugs on our culture lies at the heart of Pharmageddon, his latest book. In it he traces how, over the past 20 years, the world of health care has been turned upside down. Doctors, because they don’t have access to all the findings on a drug, are forced to prescribe according to official guidelines that are based on dubious data that emanates from the pharmaceutical industry.

Care, he says, has all but disappeared from health care, to be replaced by medication, which is increasingly directed by the pharmaceutical industry. We are now spending more on drugs than ever before: the global pharmaceutical industry in 2010 was worth over $900 billion – half of it spent in the United States. Yet despite the vast expenditure on prescription drugs, since the 1970s, life expectancy in the US has been progressively falling behind other developed countries.

This coincides, says Healy, with the end of the golden age of pharmaceuticals – the two decades after World War  II – when the major breakthroughs were made. With few groundbreaking drugs since then, the pharmaceutical industry has turned to the business of selling rather than innovating; twice as much is spent on marketing and advertising as is spent on research.

As Goldacre points out, the bar for the approval of new drugs is set dismally low, given that all they need is to be better than a sugar-coated pill.  They don’t have to improve on what exists. As a result, there is a proliferation of new medication that is no better – and often a lot worse – than out-of-patent drugs. The older drugs are cheaper, because competing generics drive prices down. So companies bring out new drugs that they can patent and on which the profit margin can typically soar into the thousands of percent.  The feebler the drugs, the harder the sales pitch.

Using their formidable marketing muscle (drug companies spend more than Apple and Microsoft combined on advertising each year) they aggressively promote the new product to doctors as preferable to the cheaper, better alternatives. A staggering $50,000 (R430,000) is spent per doctor in the US on advertising every year, according to recent estimates. The core business of drug companies is no longer finding chemicals that fight disease.

“The drug companies have outsourced all their operations, from drug development and testing to clinical trials to scientific and academic writing, so that they have become nothing but marketing organisations at their core,” says Healy.

In addition to vigorous marketing, Big Pharma, has been instrumental in redefining disease, so that events previously accepted as part of life have been labelled as conditions that need treating. A glaring example is the case of impotence. This, says Healy, used to mean a near-total inability to function sexually, but has been recast as “sexual dysfunction”, which means anything short of being a total stud. The happy result for Big Pharma is that marketers in the US can now target Viagra at anxious 20-year-olds fretting about their performance on Saturday night.

In a similar vein, the relatively rare diagnosis of manic depression (affecting 10 people per million) disappeared, when a new class of expensive mood-stabilising drugs appeared on the market, which were, according to the pharmaceutical companies, just perfect for treating the much vaguer and more broadly defined condition, bipolar disorder (50,000 people per million).  Among the side-effects of mood stabilisers are raised cholesterol levels, arthritis, weight gain and diabetes.

Then there’s osteoporosis which only came into vogue in 1988, with the arrival of relatively cheap machines for measuring bone density. Merck, and Procter & Gamble, in their battle to dominate the market for  bisphosphonates, a new class of drugs, vied to provide free bone scanners to doctors. “All of a sudden one-third of postmenopausal women found themselves diseased.” The treatment: bisphosphonates. Yet, according to Healy, these “have been linked to increased rates of fractures of long bones such as the femur”.

And let’s not forget those alarming cholesterol figures that mean you need to take statins for life. Healy reminds us that high cholesterol is not (in most cases) in itself, a disease. 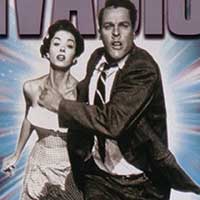 “They are not talking about saving our life but giving us a treatment for life.” Several studies indicate that adopting a Mediterranean diet (despite being more likely to increase than reduce cholesterol levels) may bring greater health benefits than taking the drug. Statins are worth $34 billion a year to Big Pharma.

In the 1970s Merck’s CEO Henry Gadsden told Fortune magazine that his company’s potential profits were being hamstrung because they could “only market to sick people”. He wished that Merck could be more like the chewing gum conglomerate Wrigleys. It was his dream, he said, “to make drugs for healthy people”. Four decades later, it looks like his dream has come true.