Sir Roger Casement died a hero and a martyr – but he was not a model of perfection. Nobel literary prize winner of 2010, Vargas Llosa sets out in The Dream of the Celt to present the fantastic biography of the whole man. The book is an appropriately heroic accomplishment, though not an entirely satisfying literary creation.

Vargas Llosa’s diligent research cannot be faulted; he pursues the ghost of an extraordinary character who combined saintly idealism, moral and physical courage, and all-too-human weaknesses.

The man whom England executed for high treason in 1916 had been knighted for dedicated service to the crown, was admired internationally for his defence of weak and desperately exploited peoples in Africa, South America and of course, Ireland. He died in disgrace.

Llosa makes no bones about his suspicion that Casement’s vilification through publication of excerpts from the so-called Black Diary was engineered by the British secret service. He does not deny that this rebellious luminary of the abortive Irish Easter Rising in 1916 was given to sexual adventures with males. But he does have the impression that Casement’s diary was at least partly a fantasy record. More to the point, the author believes that British agents may have doctored the text.

Tireless in his inquiry into the nature of the diarist, Llosa tracks Casement’s mind-boggling ventures into the Congo and Amazonia, with side-trips to the United States, Belgium, Peru and Germany. The list of acknowledgements in all those countries is awesome. And the detailed record is a huge tribute to the flawed hero, who presented meticulous reports – obtained at terrifying risk – to Parliament in London.

The horrors inflicted on 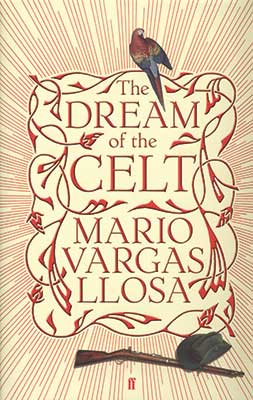 indigenous populations in Africa and Peru by mindlessly cruel exploiters of the rush for rubber, was recorded by Casement with grim exactitude. The exposés by the shy, dedicated Irish-born civil servant, inflamed European opinion and made Casement a public figure.

Not unexpectedly, that anger eventually sparked his growing desire to fight for an independent Ireland. Colonialism in all its forms had to be destroyed. Llosa is clearly also of the opinion that colonialism is the root of all evil, from the Romans on. Which begs the question of what the world would have been like if enterprising explorers had stayed home.

The Dream of the Celt opens and closes in the grim condemned cell at Pentonville Prison in London. Between those affecting scenes, and re-imagined conversations, lies the ghastly record of pointless cruelty against simple, vulnerable peoples living in remote, dangerous jungles. The record of nauseating destruction of humans and nature becomes overwhelming.

Casement, sickened by what he experienced, unsurprisingly feared he was losing his reason.  His health was wrecked but, undaunted, he defied a range of merciless profiteering villains to produce his exemplary reports.

Was his mind failing when he decided to extend his disgust at colonialism to helping the Irish cause? Not according to Llosa. The excitement of encouraging rebellion-minded Irish intellectuals provided a welcome stimulus to the jaded, arthritic explorer.

England was at war with Germany, and the plotters decided to seize the opportunity – they would shed the English yoke by throwing in their lot with the Kaiser. So the British hero was dispatched to Germany to persuade captured Irishmen in P.O.W. camps to join a voluntary corps, to be trained by the Reich, preparatory  to a German-backed invasion of Ireland.

It was not a wise course. A limited number of prisoners agreed to join a special unit, but the Germans, after initial enthusiasm, became increasingly evasive. Casement’s reservations grew but, eventually, he found himself vomiting miserably inside a German submarine off the coast of Ireland, preparatory to the abortive 1916 Easter Rising. He was soon taken prisoner. 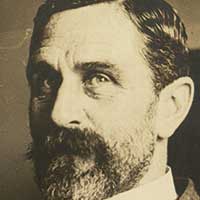 Llosa paints a romantic picture of Casement, a brave and sensitive idealist who died for his ideals. Given his many sufferings and sicknesses in so many benighted lands, he could be said to have died protractedly over years. But the tale goes that he accepted the comfort of the Catholic religion before the hangman did his work. A hangman who, incidentally,  subsequently committed suicide.

Casement was a hero, and Llosa does him honour. But the terrible heart of the book, clotted with pain and misery in exotic lands, dominates, rather than exposition of the hero’s  gentle character.